The location chosen for the New Central Library of Macau, in a plot that merges the land of the old Court and the lot of the former Judicial Police, has great historical and cultural relevance. This place is the focal point of the former civic center of Macau, at the elbow of the old Bay of Praia Grande, which was organized along Avenida da Praia Grande and Rua Central. These two urban axes, the first to the lower part of the Bay and the second to the high dimension of the hill, housed the main institutions and activities of the civic center of Macau. In the court building, built on the site of the former Palace of the Offices, known at the time as the Board of Finance, had initially run the residence of the Governors of Macau.

Geographically, this lot has enormous potential, because it allows to rebuild the centrality and institutional role that this place had in the experience of the city. The program proposed by the Cultural Institute is very appropriate, as it refers to all layers and social groups of the city, allowing the establishment of a building of universal access and concerning all citizens with equal weight.

The building of the old court has an increased importance in its patrimonial value by being located in the monumental finish of Avenida Dr Mario Soares and the connection of Avenida da Praia Grande with Jorge Alvares Square, in one of the areas with the largest number of passers-by in the city.

This proposal proposes to create a strong connection between the 3 urban perimeters of the lot to become a space-pivot of the pedestrian movement of the city center and with the wise placement of 4 access points, become the meeting point and cultural and social center of the city center. The axial entrance of the old trbunal is maintained as the main entrance of the complex, the 24-hour entrance is located in the middle of Rua Padre Luis frois S. J., a new entrance at the 11.00 n.m.m. quota on Central Street establishes a strong connection to the central street and residential area that develops north of the block of the new central library. This access will allow you to use the building to cross the block, connecting the low quota of Praia Grande to the high dimension of the central street and vice versa. This crossing of the library will be very important to make the library an accessible place, where it moves not only has a reading or research objective, but a much wider audience.

The fourth entrance of the building is located at the highest part of the central street, giving direct access to the theater. This access has two functions: allow a separate access to the theater so that it can be used for a different audience and does not disturb the operation of the library and give an almost direct access from the central street to the terrace of the old court where the new cafeteria is located, which is intended to be a privileged meeting point between the resident community and the public that frequents the city center.

Along the west façade of the old courthouse, an arch was created under which a staircase was implanted that connects the quota of Avenida da Praia Grande with Central street by the exterior of the building. This new connection, recreating the scale of the old city, in typology of ladder, characteristic of ancient Macau, will be a gateway to the circuit of world heritage along the central street, including the teadtro Dom Pedro V, the Church of St. Lawrence and The Square of Lilau, to the Temple of A Ma, also functioning as a new connection of the residents of this hill of the city to the center of the city. 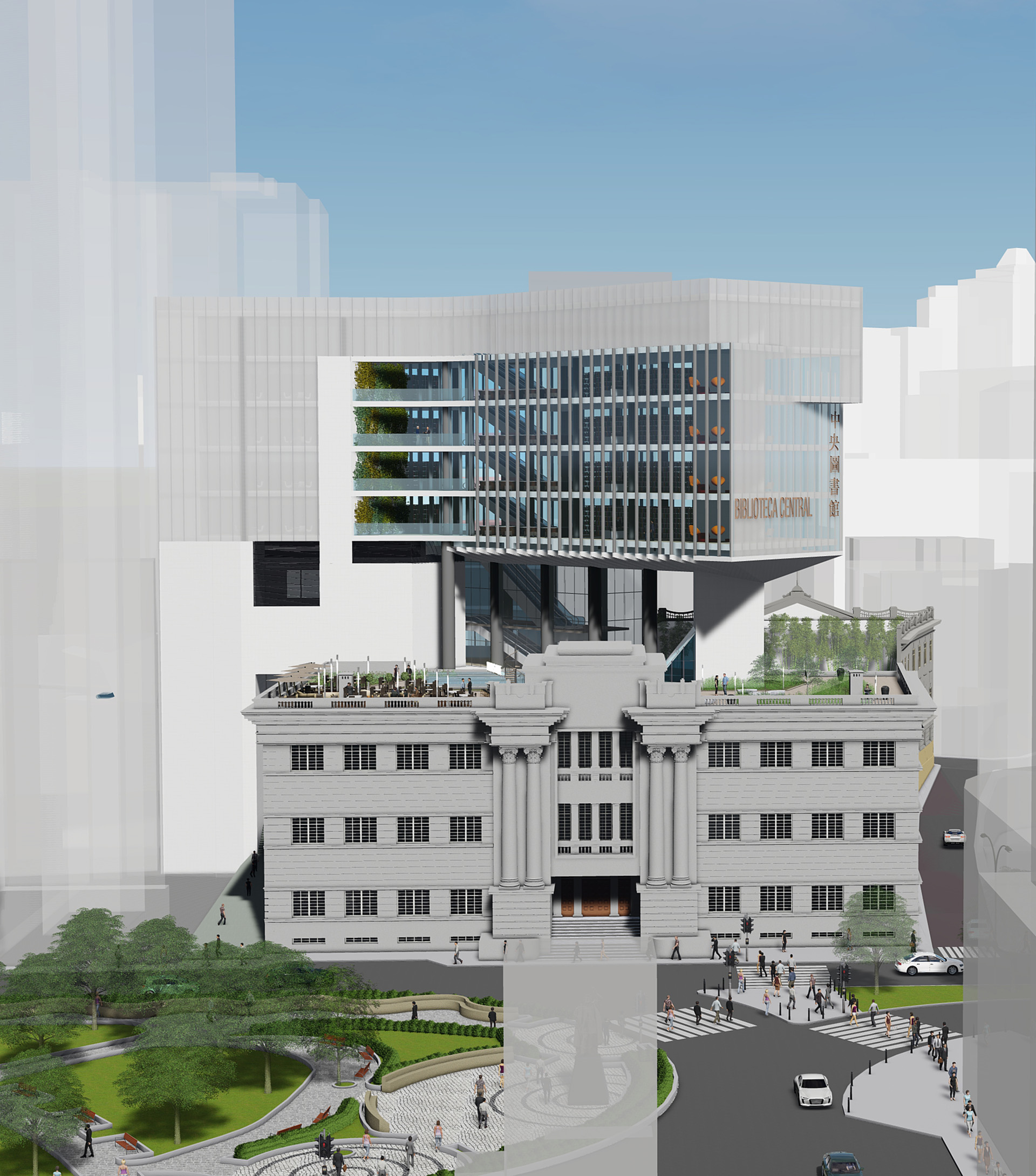 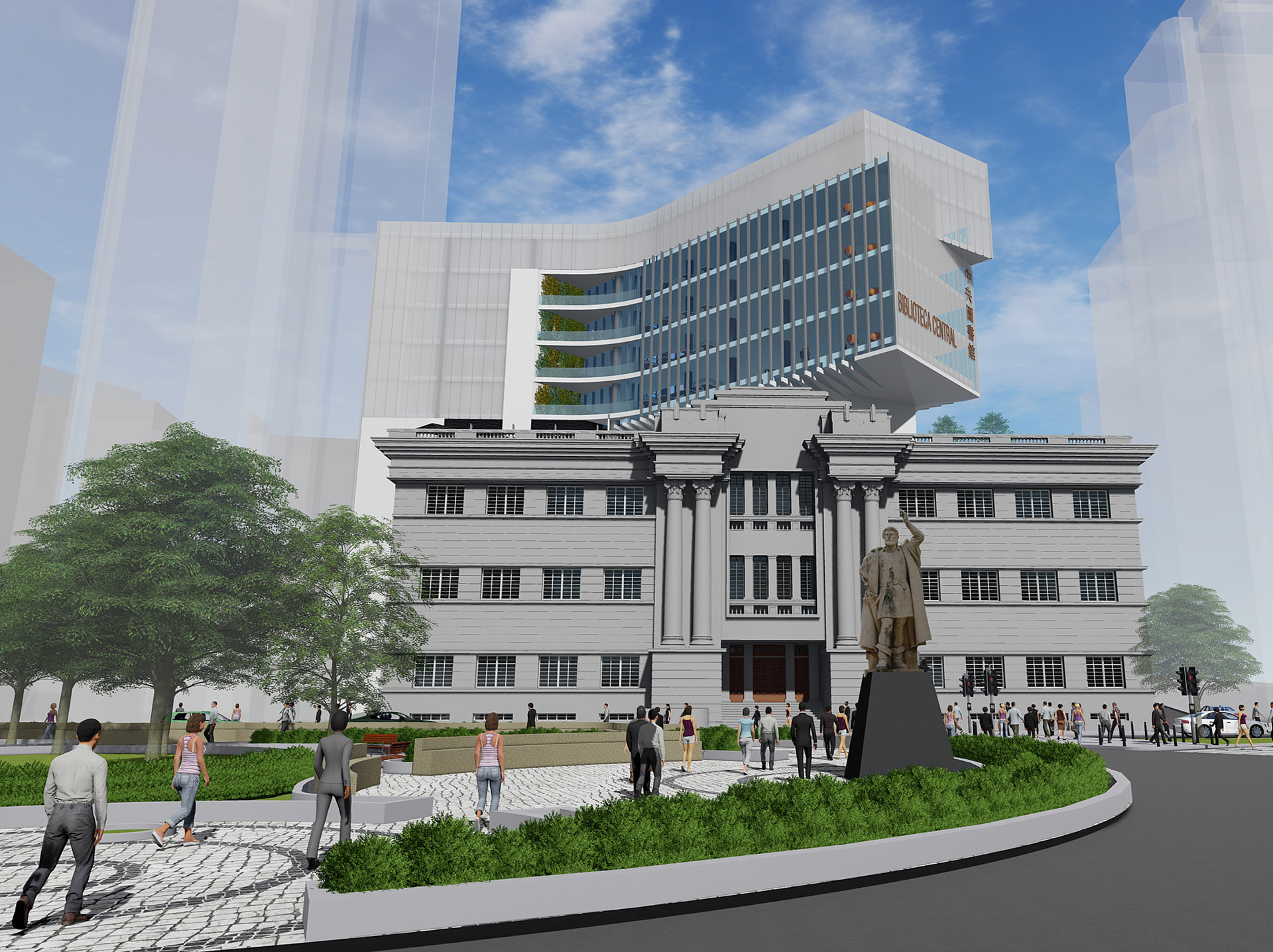 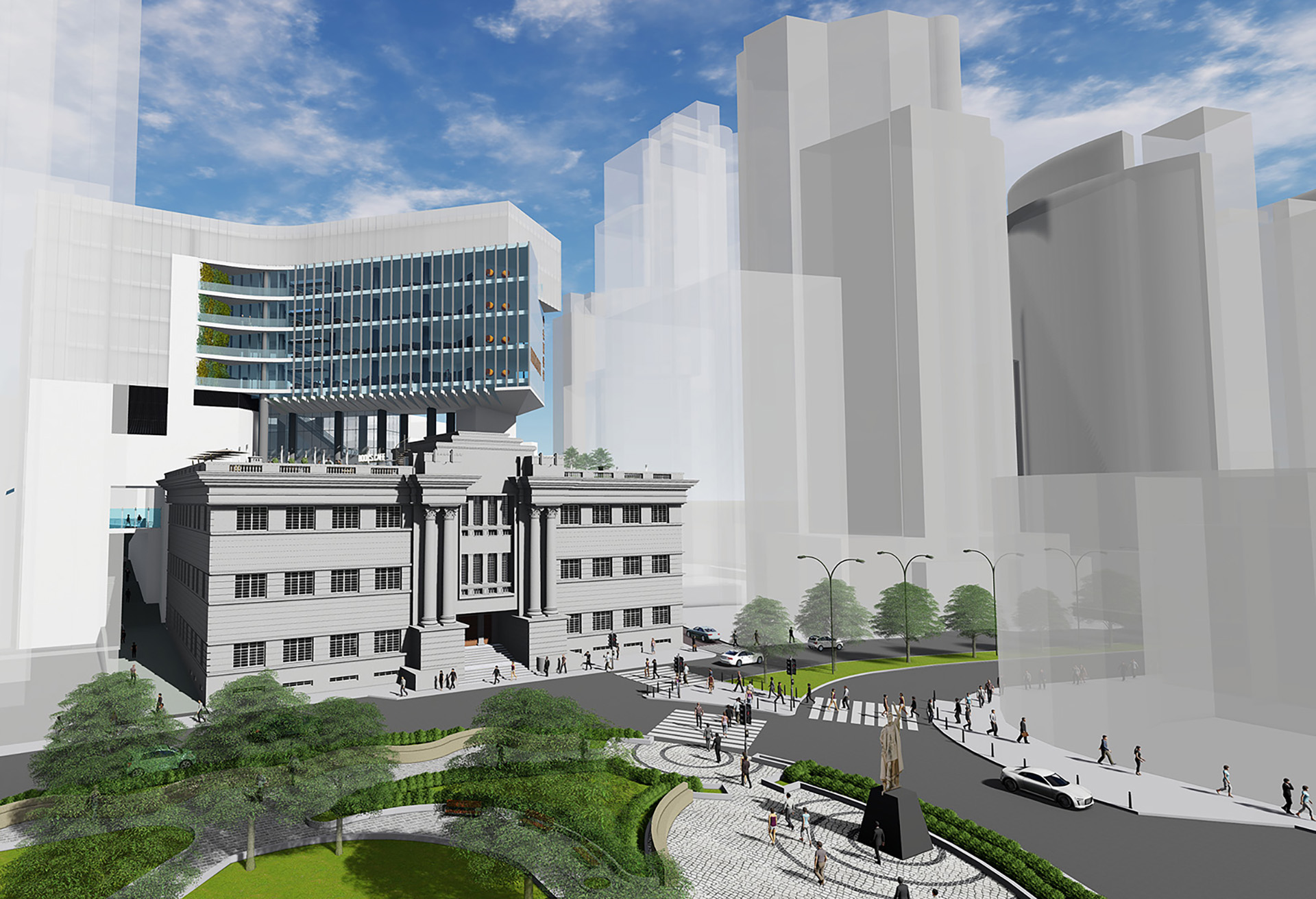 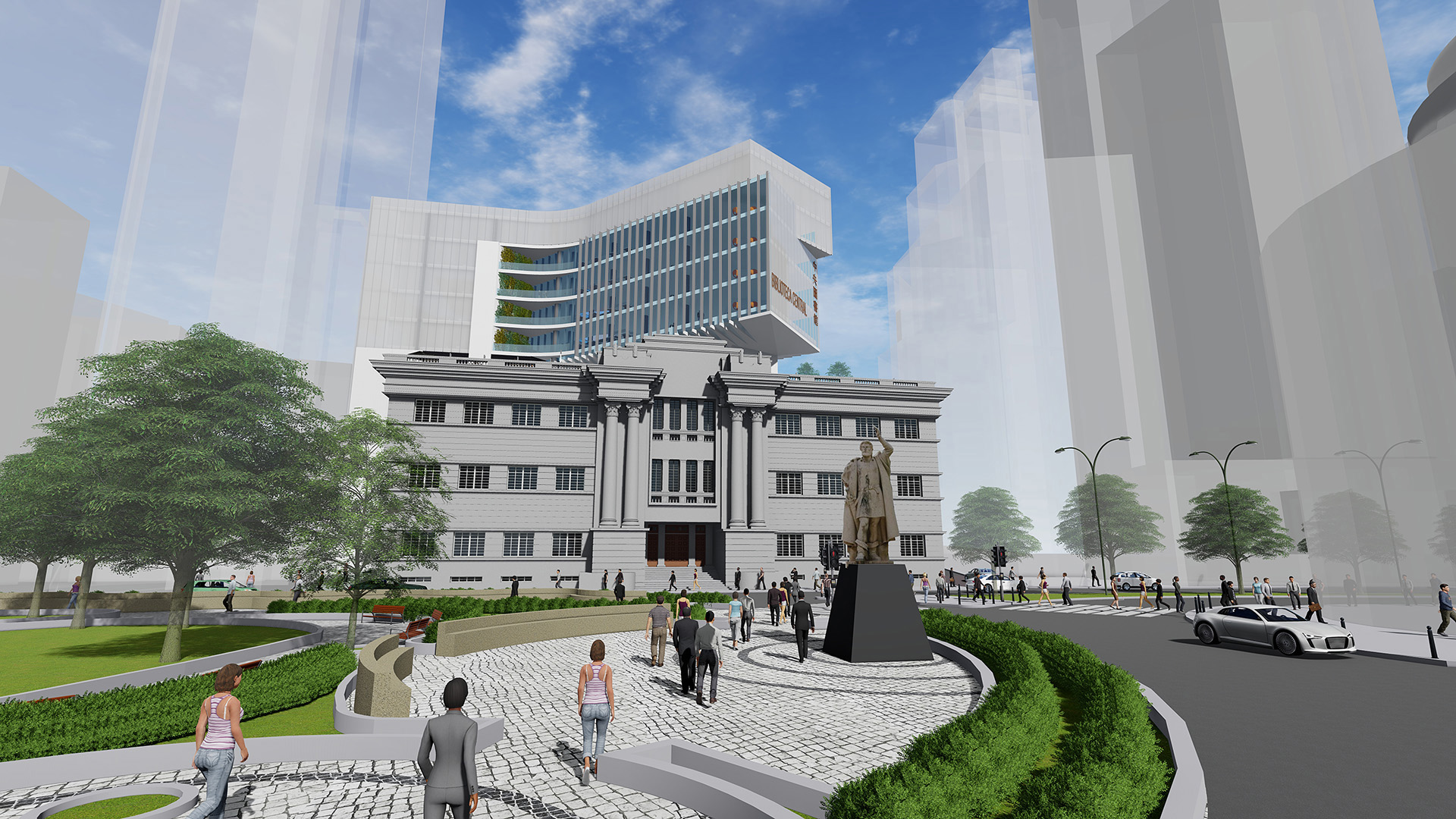 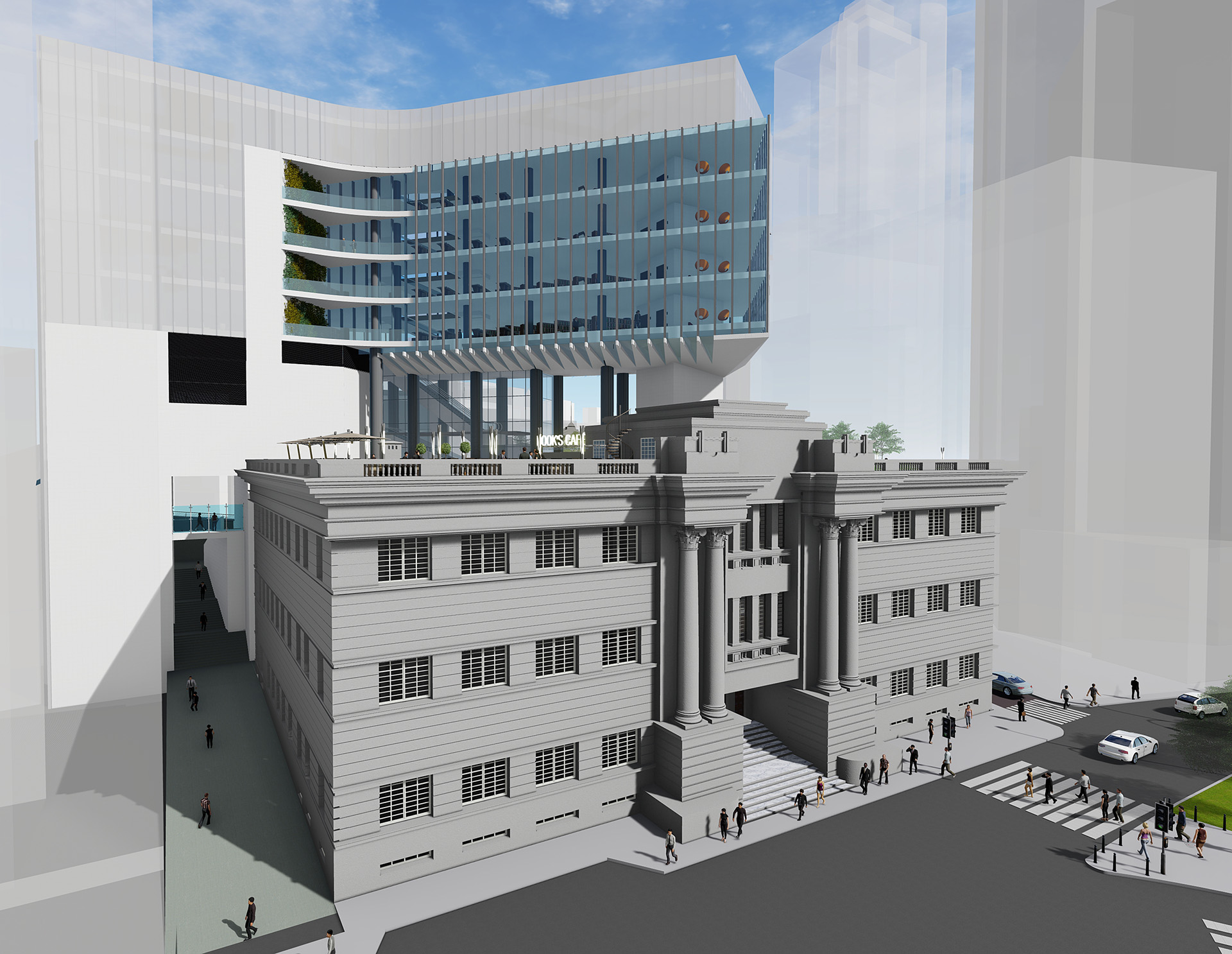 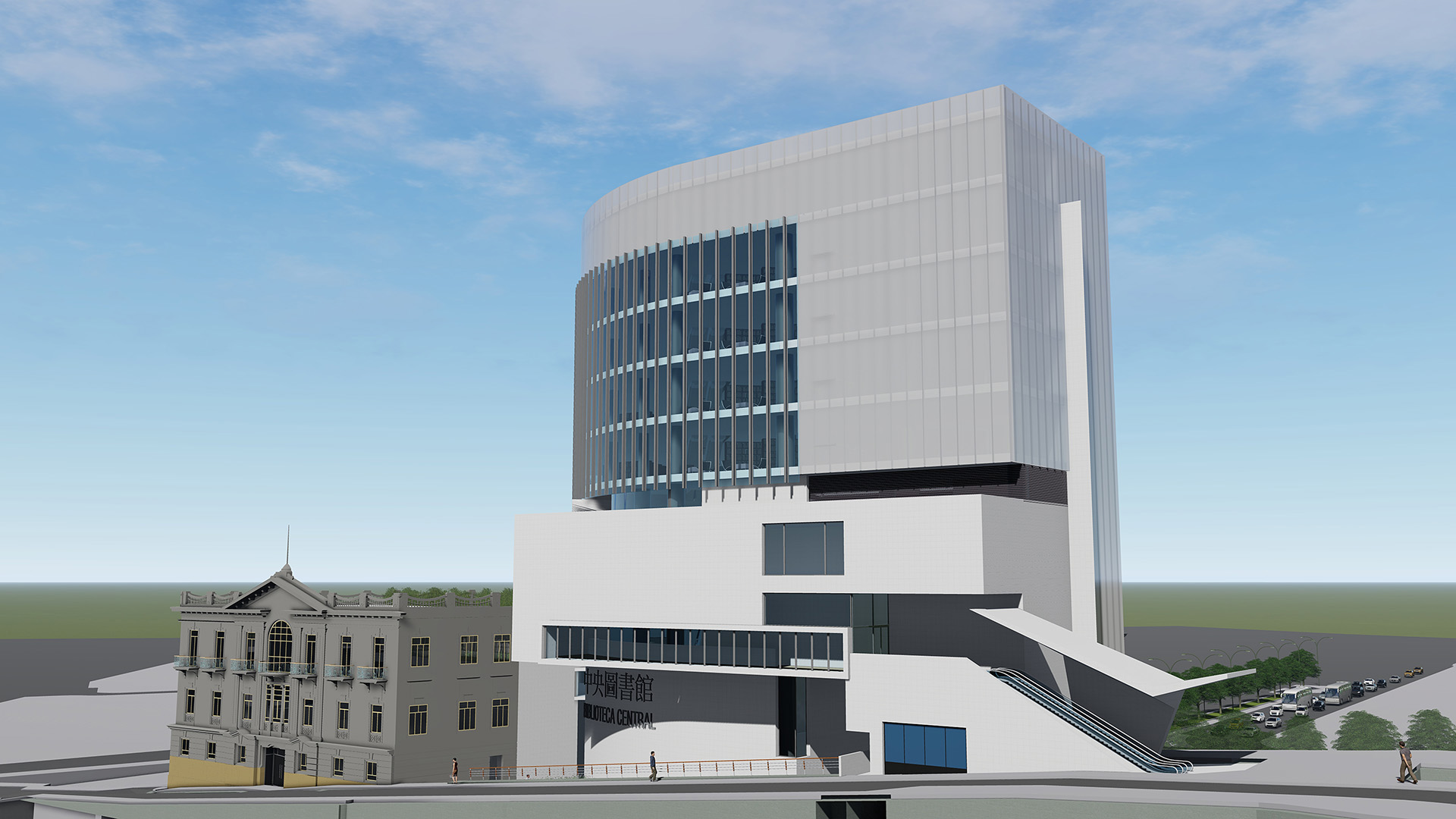 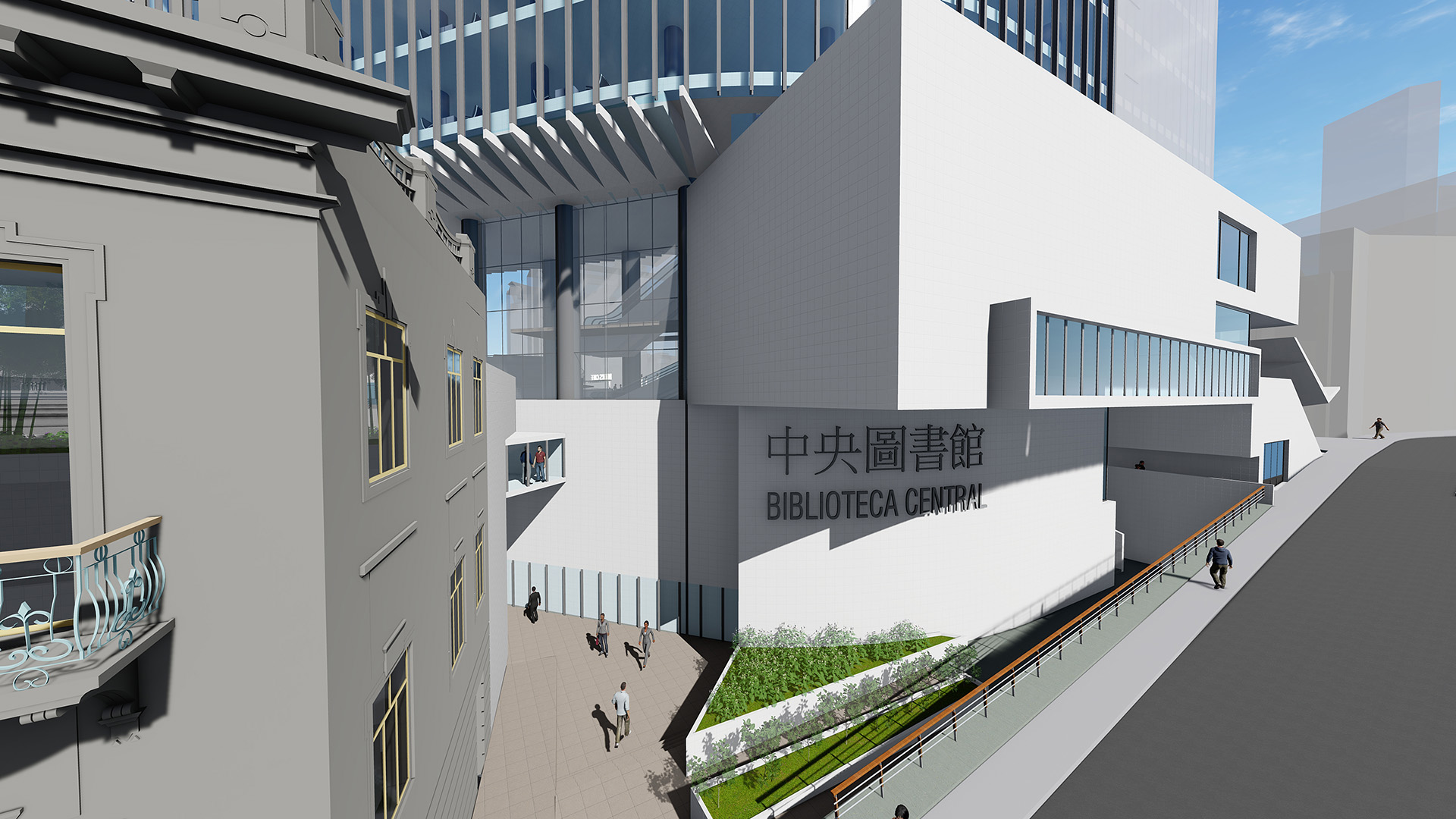 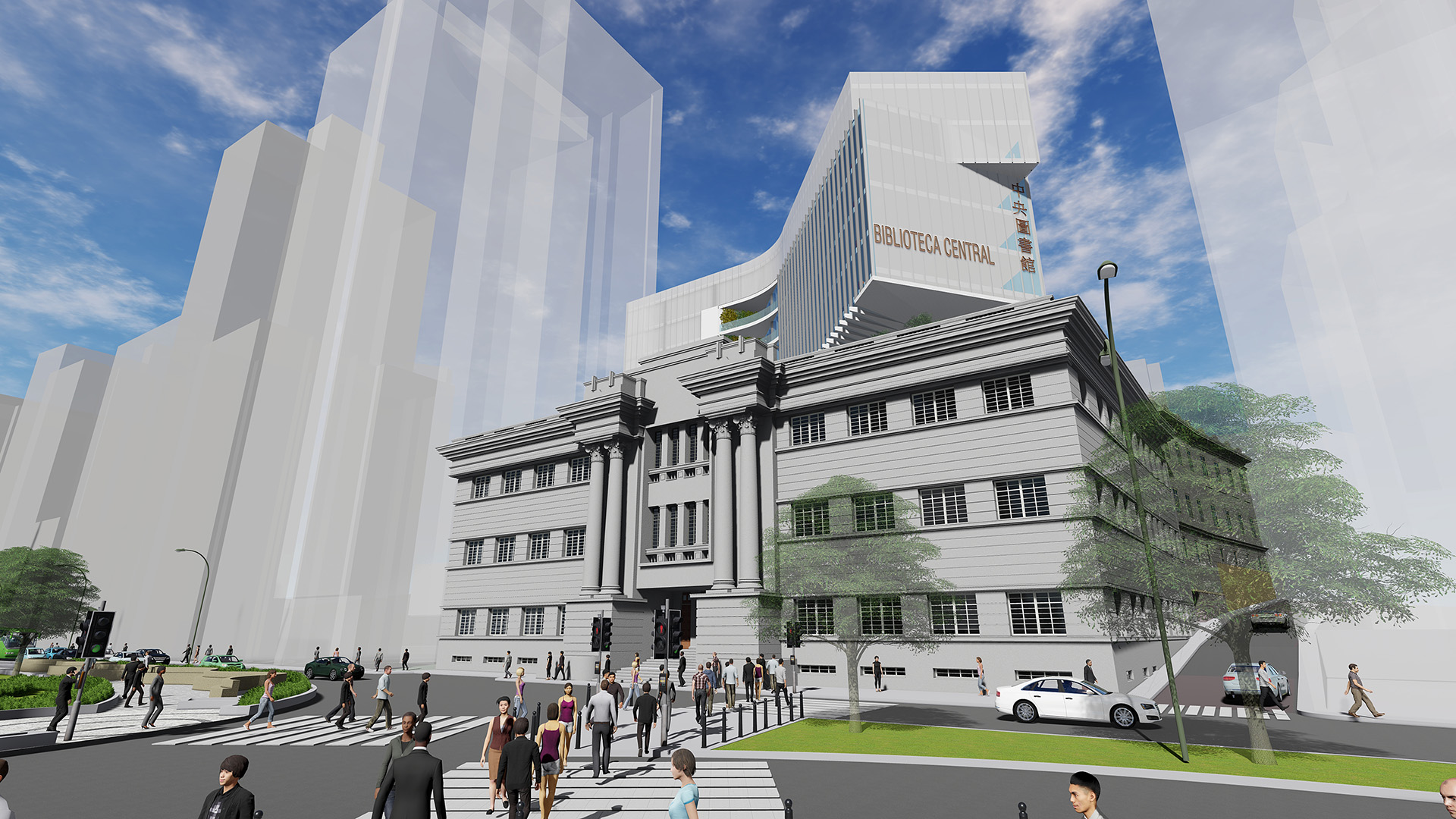 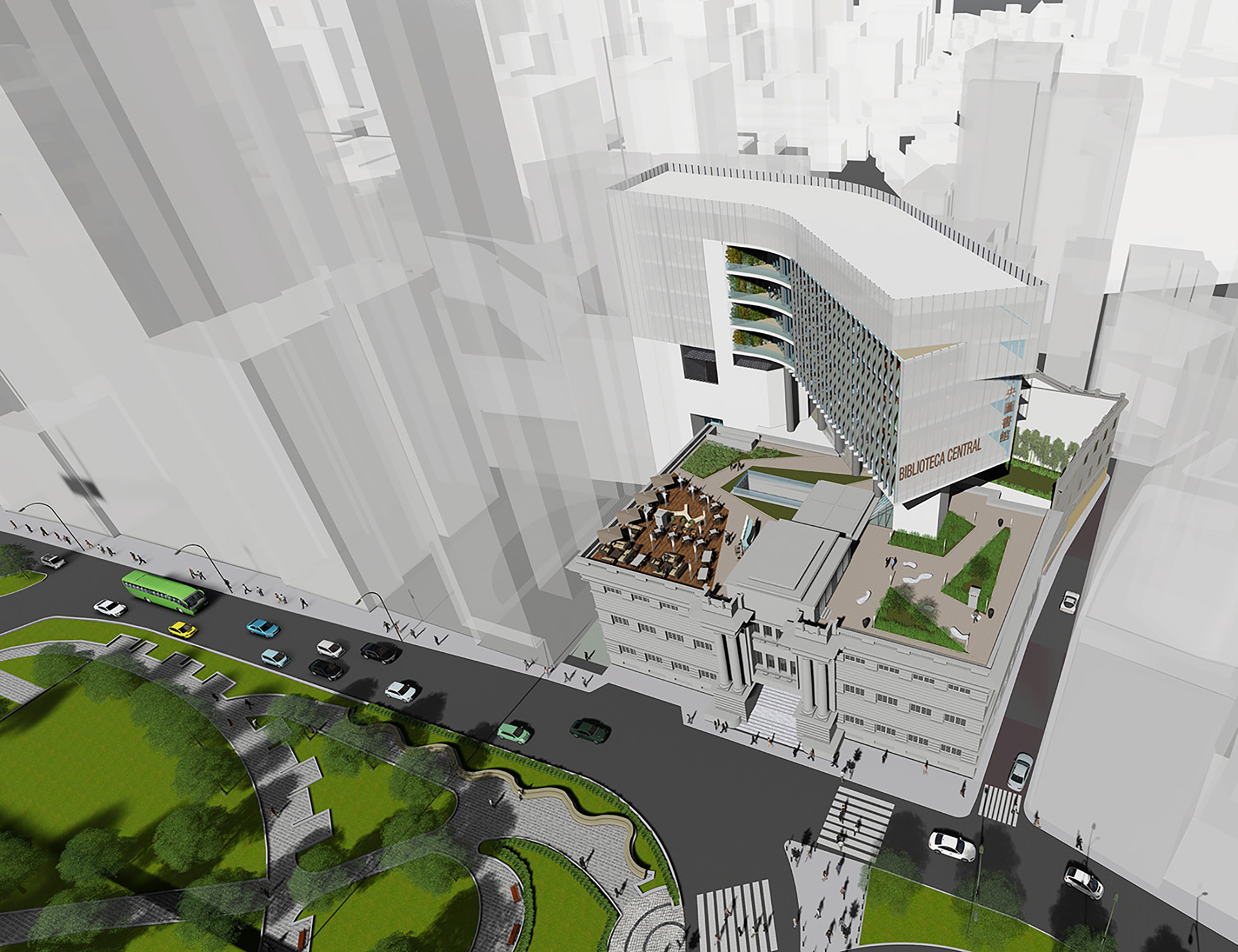 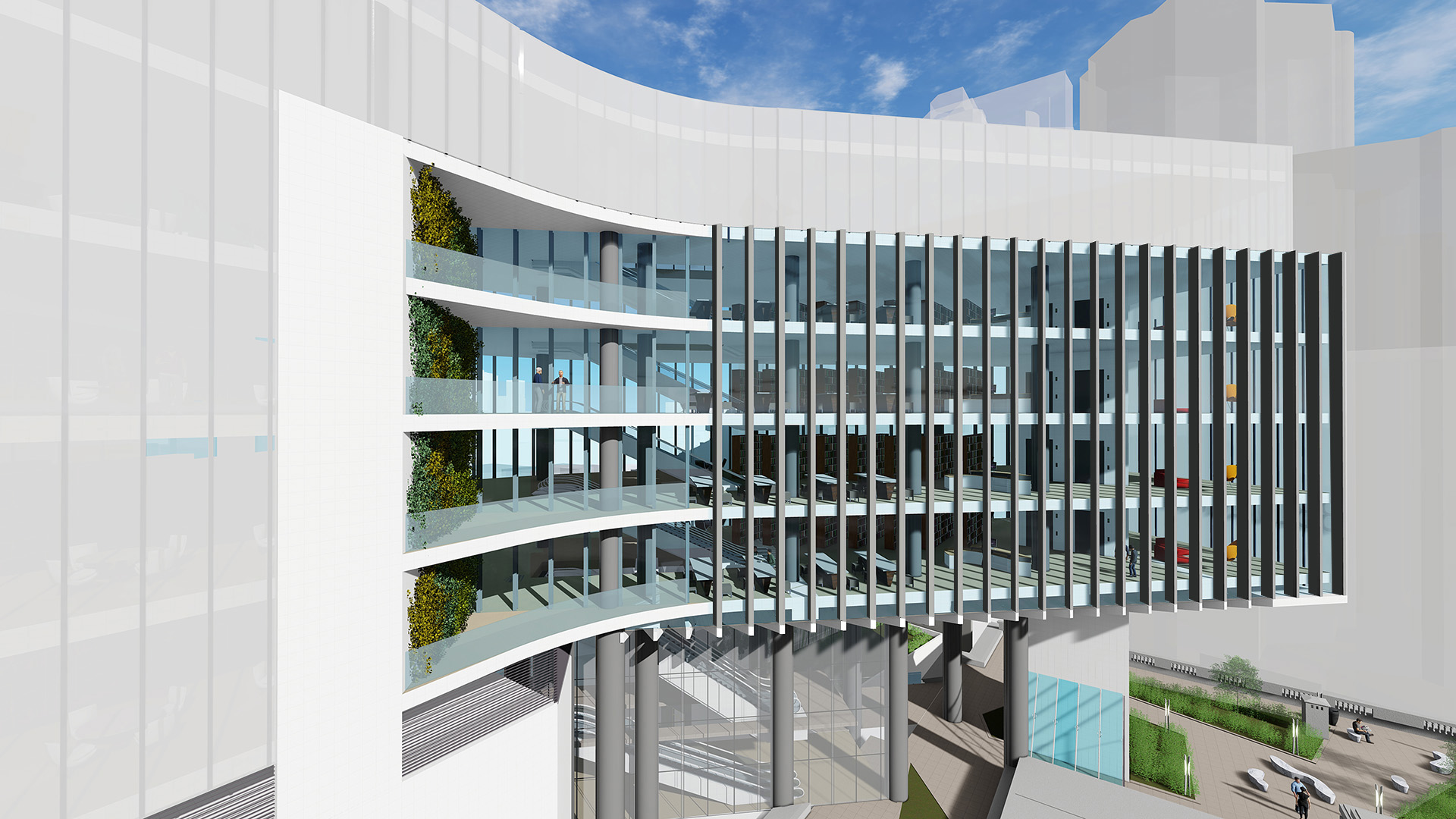 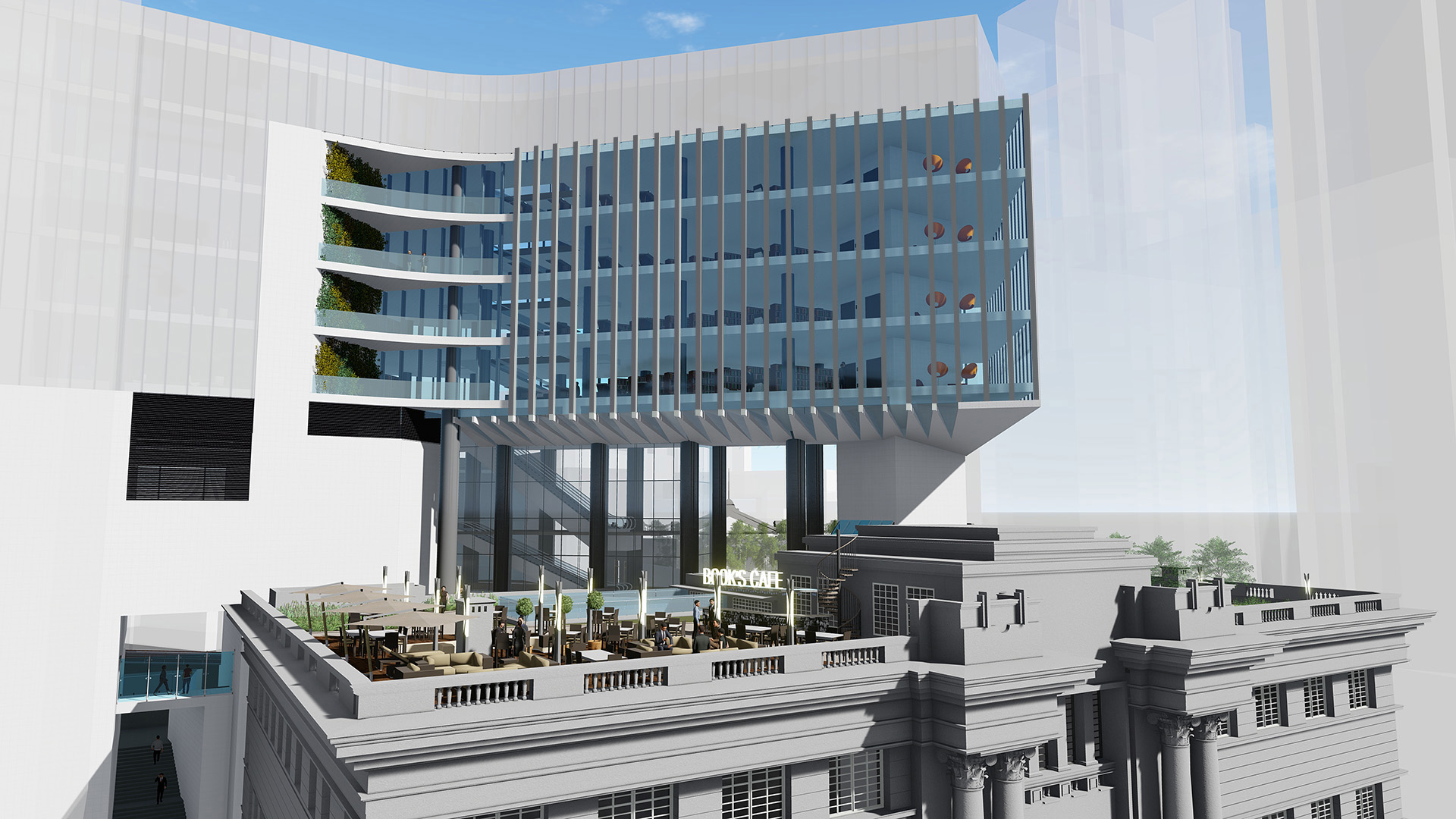 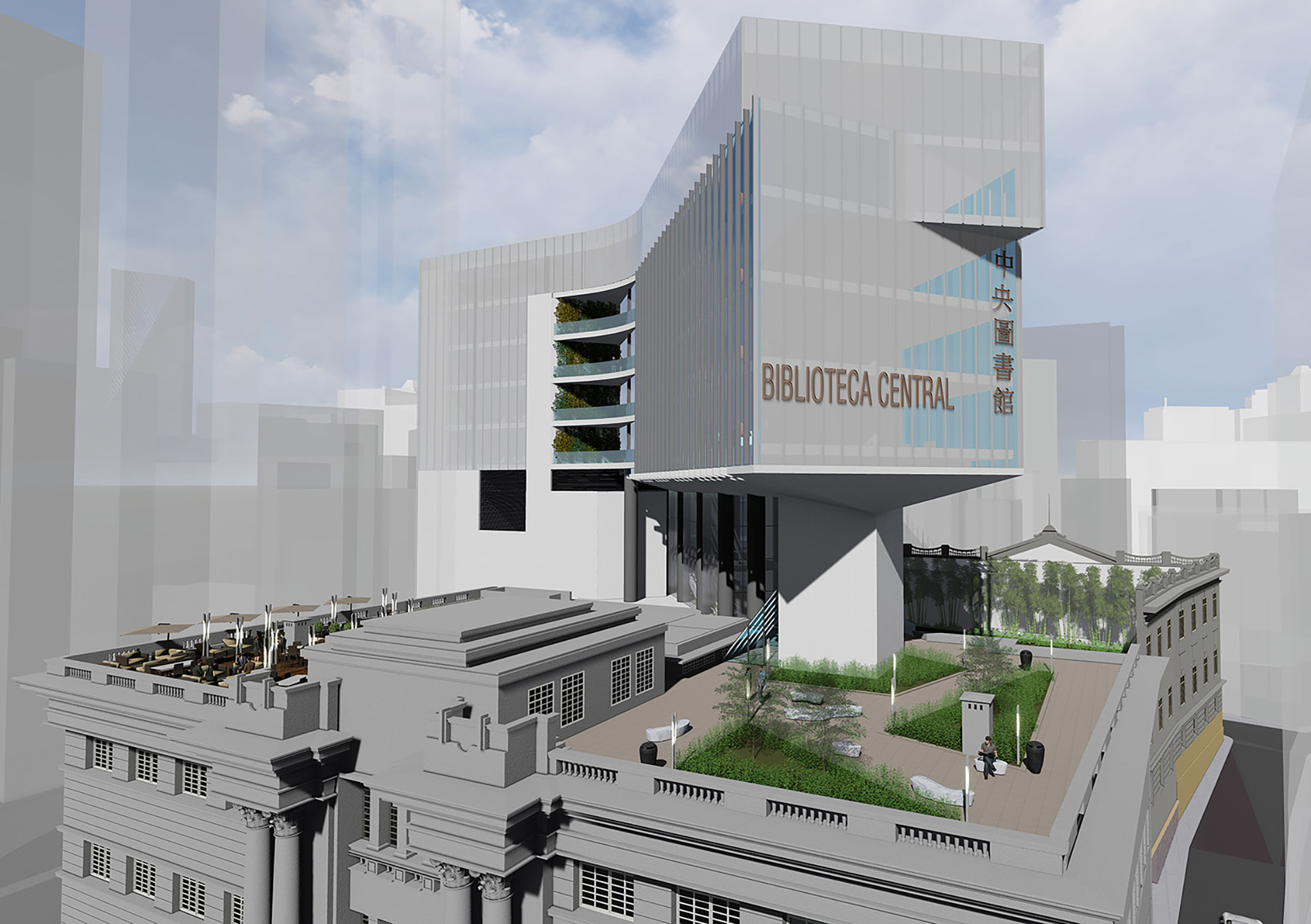 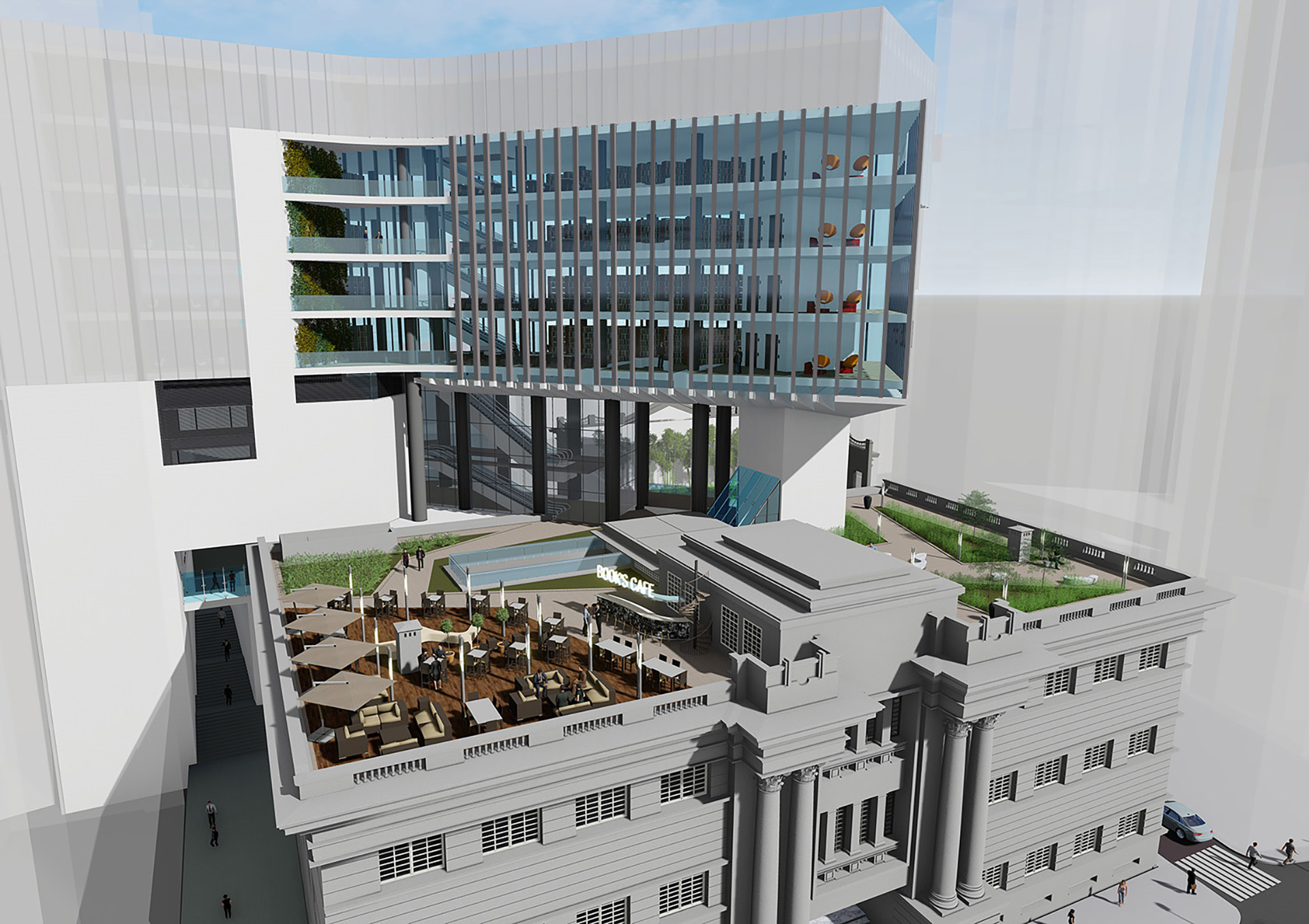