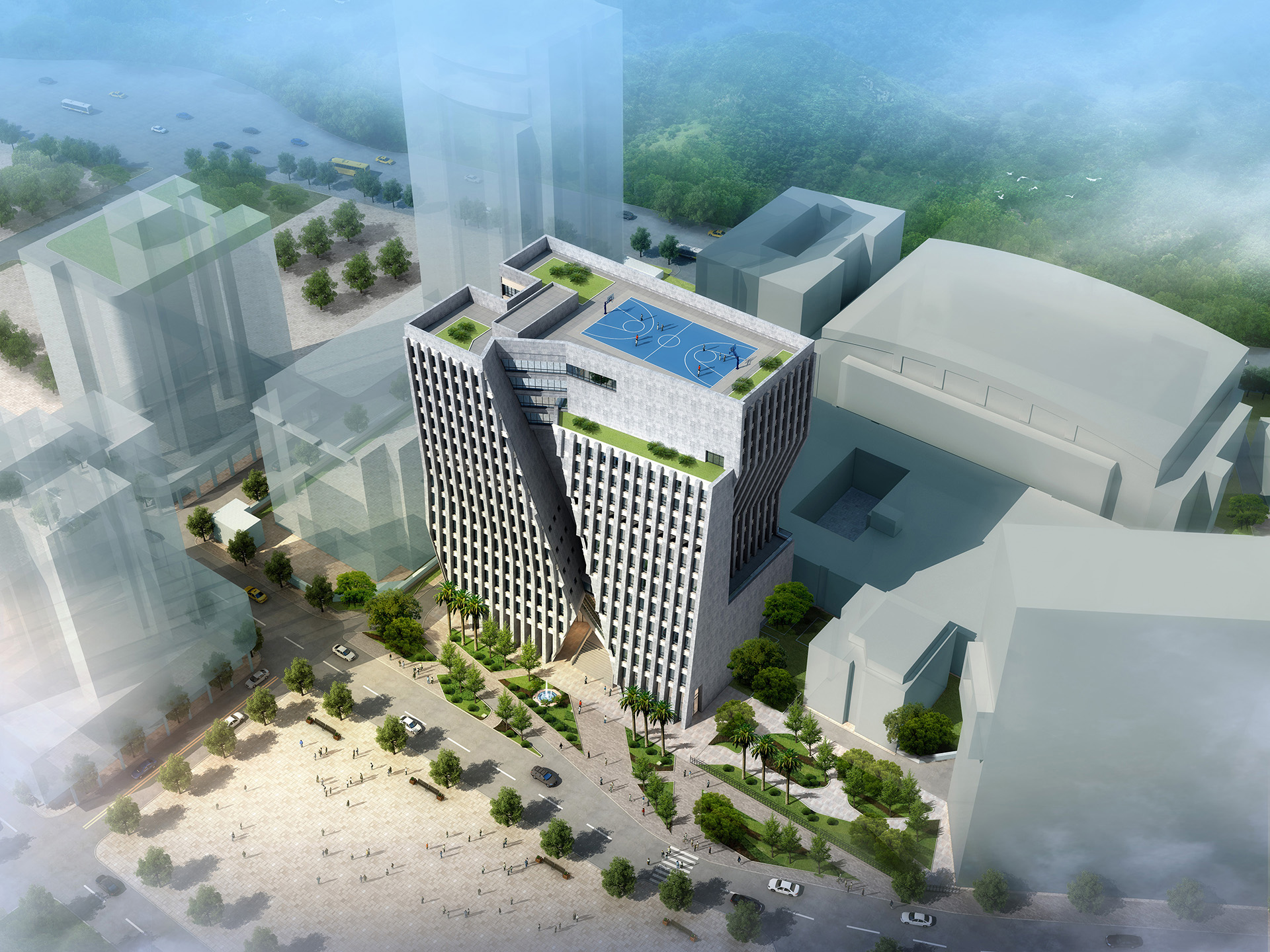 The proposal to reorganize the campus of the Macao Polytechnic Institute through the new building of its library is an opportunity to rethink in an integrated way the concept of the Urban Campus. We believe that a good architectural solution has the potential to establish a transformative gesture in the dynamics of the campus and change the visibility and importance of the education system in Macao. Often, a good architectural project allows us to visualize a change of social paradigm and thus catapult a wider impact of this change.

With regard to the education system, something fundamental in the R.A.E.M. system, we believe that the motto and model should be given by higher education institutions.
Our proposal for the new Library building aims to give the IPM Campus, the new Library and the urban area where exactly this transformative impulse is inserted.
The lot of the new Library of IPM has a prominent position in front of Rua de Luís Gonzaga Gomes. This street has a variable profile, with usually large buildings. Some buildings in this alignment have pedestrian arcades on the ground level, and these galleries have greater continuity between buildings on the opposite side of the road.
The two buildings that flank the new Library have no arcades, and the building located to the west, the Meng Tak building of the IPM is used as an entry point on campus.
The tardoz side of the Campus borders the slope of the Guia hill.

The building of the new Library will have the same height as most of the urban blocks on this road. It is intended to establish the new building as a remarkable moment, turning the tower towards the southeast in order to make it more noticeable and elegant in the next.

Our proposal configures the building as two volumes that come loose and develop in slightly divergent directions. The project takes great advantage of this, by making the volumes slender and light, and secondly organizes a central void between the two volumes where the main entrance of the Library and the Campus is located. This empty, narrow proportion allows the road to glimpse the program of the building, its public and reading spaces, as well as the human movement within the building.

From the inside, this vertical void allows the library’s most public areas to maintain views of Macau’s urban landscape. We see this act of looking at the city during the period of study and reflection in the library as a way of articulating the model of Higher Education of the MPI with the human and social culture of its City.

Our project seeks to transmit some tables through its form and layout. First, by focusing on the void created at the center of the lot, which will be crossed by several bridges at different levels, the viewer’s and the user’s attention is focused on the void and not on the volumes. Here we intend to create an atmosphere in which the route is valued more and not the destination, the process and not the result, the learning and not the knowledge.

Secondly, it was sought that the three volumes that organize our project organize forces that in tension create a balance and harmony, as can be seen so clearly in an ikebana art arrangement. This seeks to convey the idea that knowledge and learning are recognized by the comparison between different entities. The dynamic relationship between the parties is as important as the parties. The idea that the street is a privileged place of the city, the place where the city really happens and reinvents itself. We thought it would be a luxury for the focal space of the new campus to be a vertical street, looking at the street and the river to the south, and the lighthouse and the slope to the north.

In the facade facing the building of the military forces of the PRC, it was sought that the building dialogue with the dryness and authority of the military institution.
In the facade facing the old building of Administration and Edificio Meng Tak, we also tried to dialogue with the type of liguagem of these two buildings, always remembering that dialogue is something quite distinct from mimicry, because mimicry does not lead to ninhum model of knowledge because it is only a game of appearances. 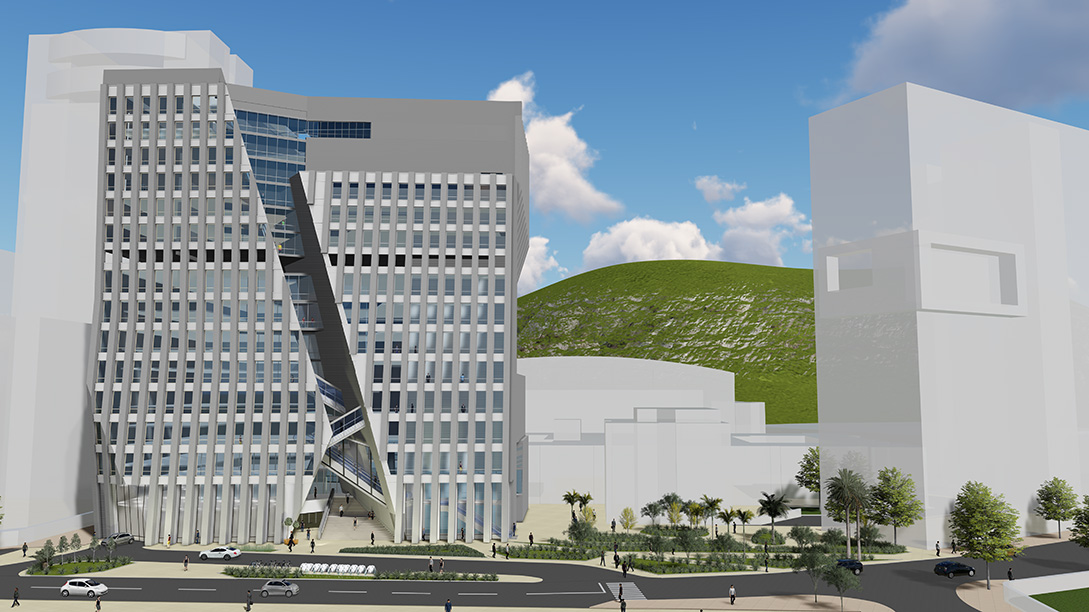 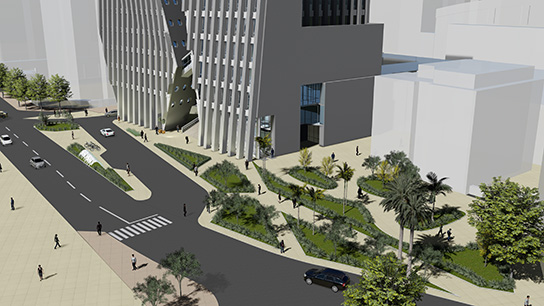 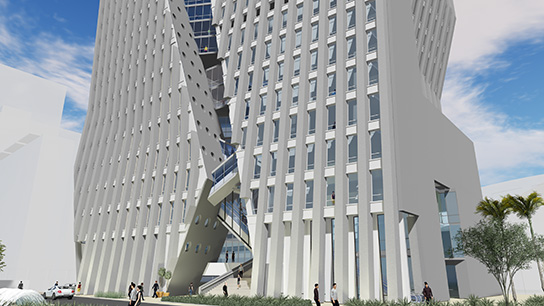 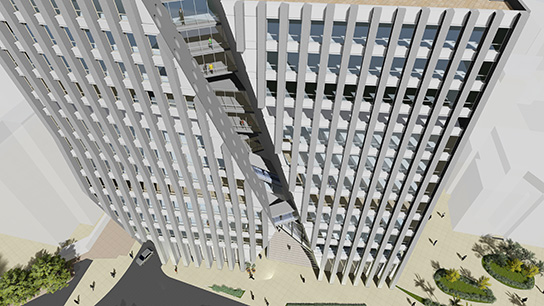 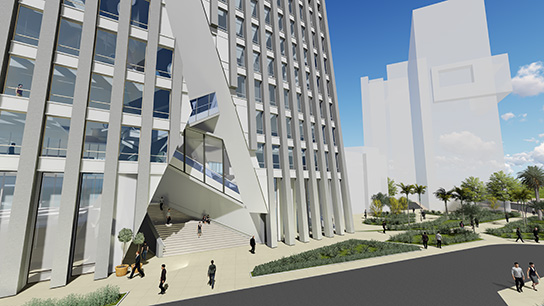 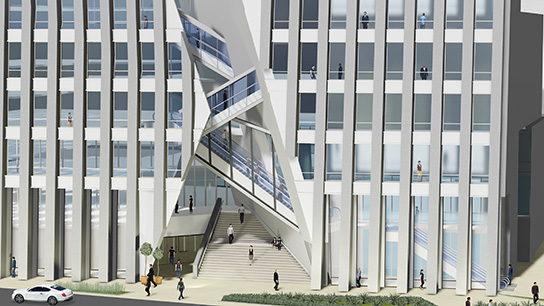 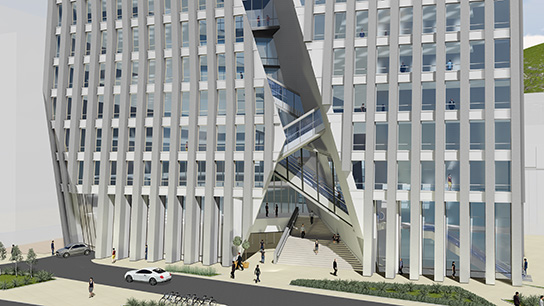 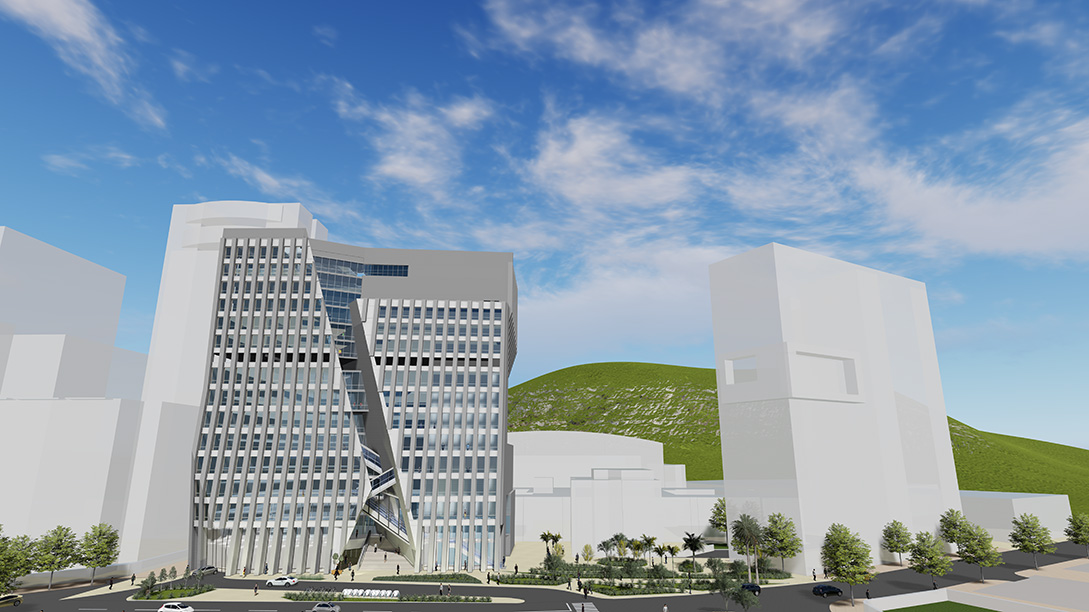 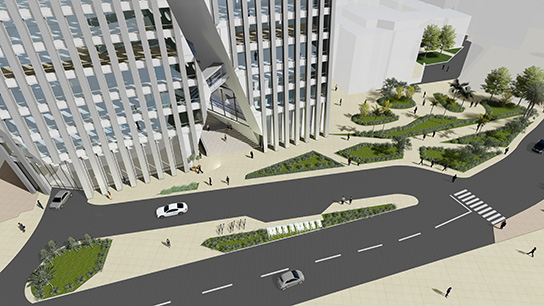 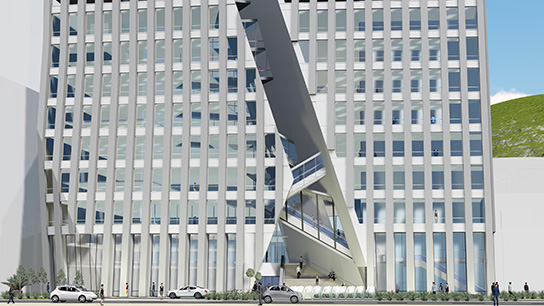 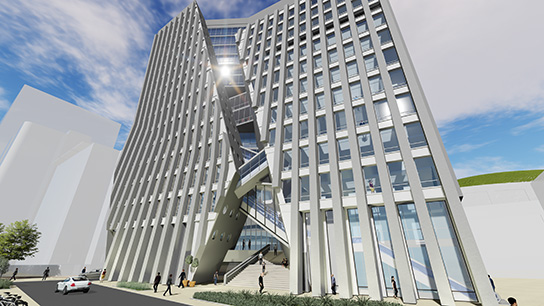 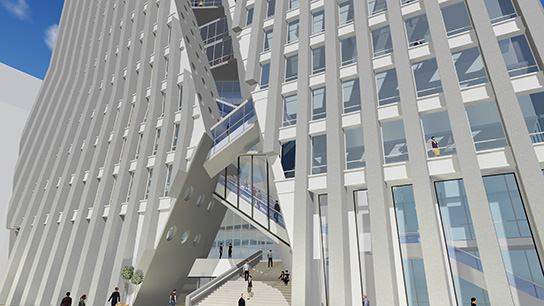 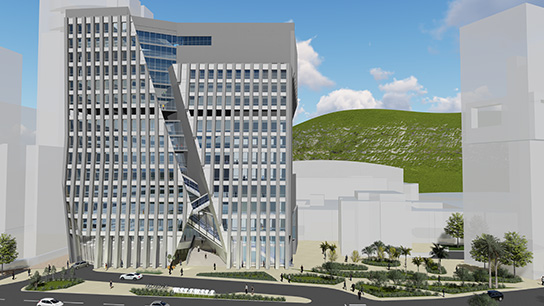