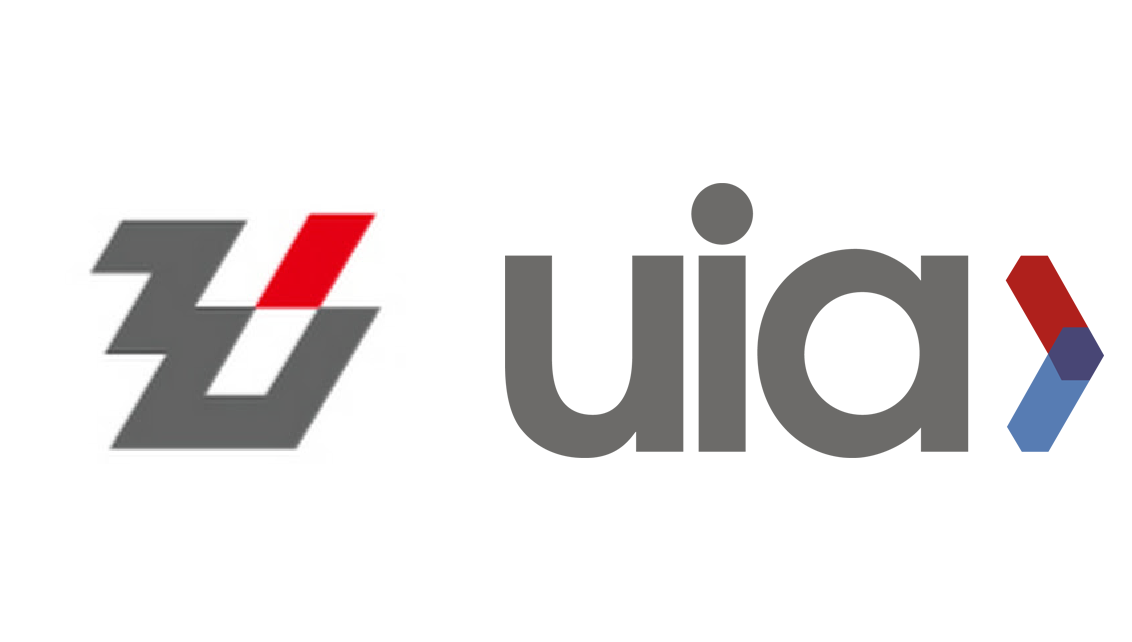 The Fai Chi Kei public housing is an exercise in orderly stacking of over 700 apartments and defining vertical neighborhood units while complying with the local shadow areas regulation.

Macau is a city of extreme high density. The high density of programs applied for public housing projects make it difficult to manage a sequence of urban spaces at ground level from the public to the private.
The podium and tower scheme – which shifts the public space to a 2nd or 3rd floor level making it no longer accessible to passers-by – is the typology adopted almost universally in Macau and Hong Kong.

The urban footprint of the Fai Chi Kei public housing refuses this common podium and tower scheme: two big patios gather the housing units reaching the ground on a small piazza where all the lifts lobbies and common circulations converge, and the shops open their windows.
The empty space achieved is an enlargement of the walkway: it works both as an urban accident and as a proper entrance square that creates phenomena of identity and belonging.

The spatial organization of the project at each floor led to opting for wide exterior corridors. The main longitudinal corridor is articulated with a double volume patio that acts as a common living room for every thirty two units. Furthermore the two blocks are connected by a patio-bridge every four floors, which along with a social area at podium level create a three dimensional system of common open-to-sky spaces. 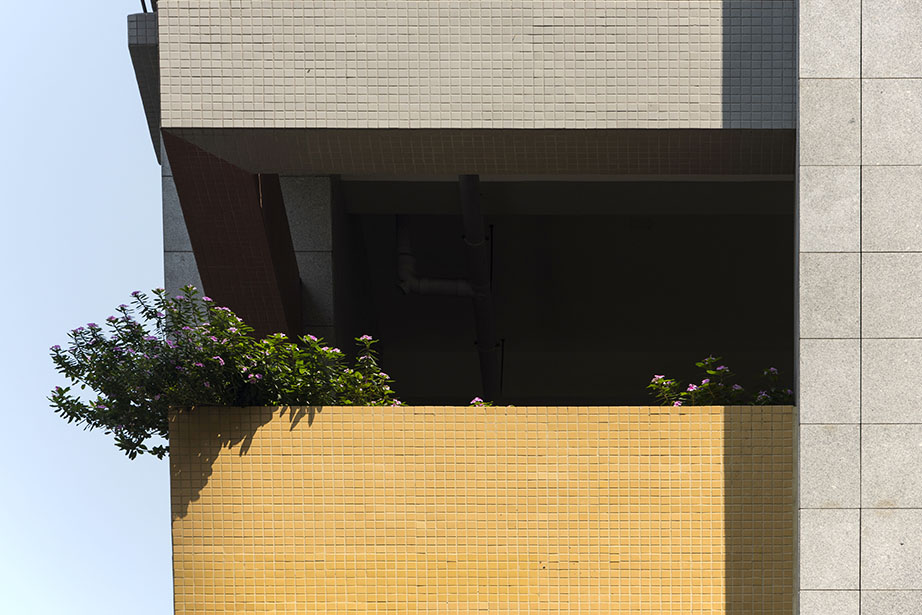 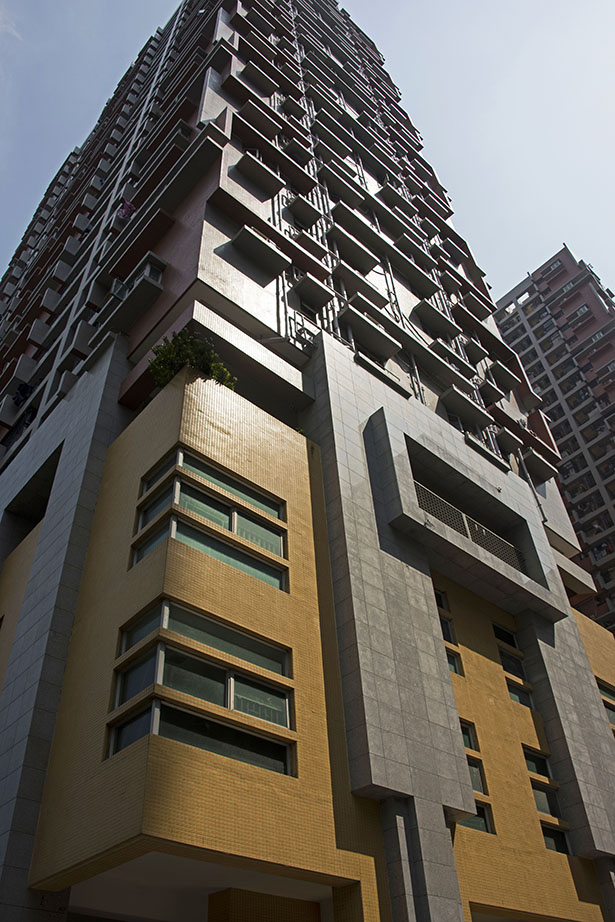 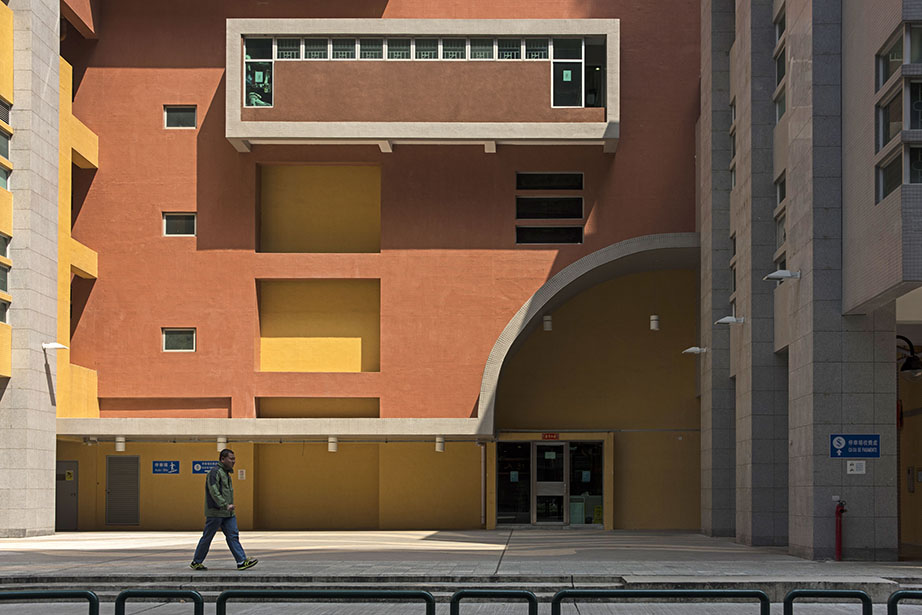 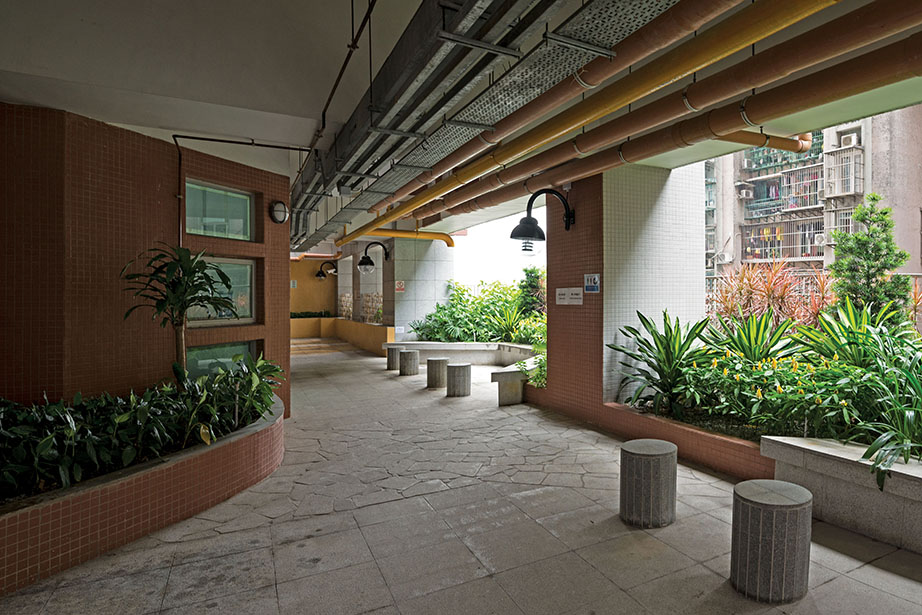 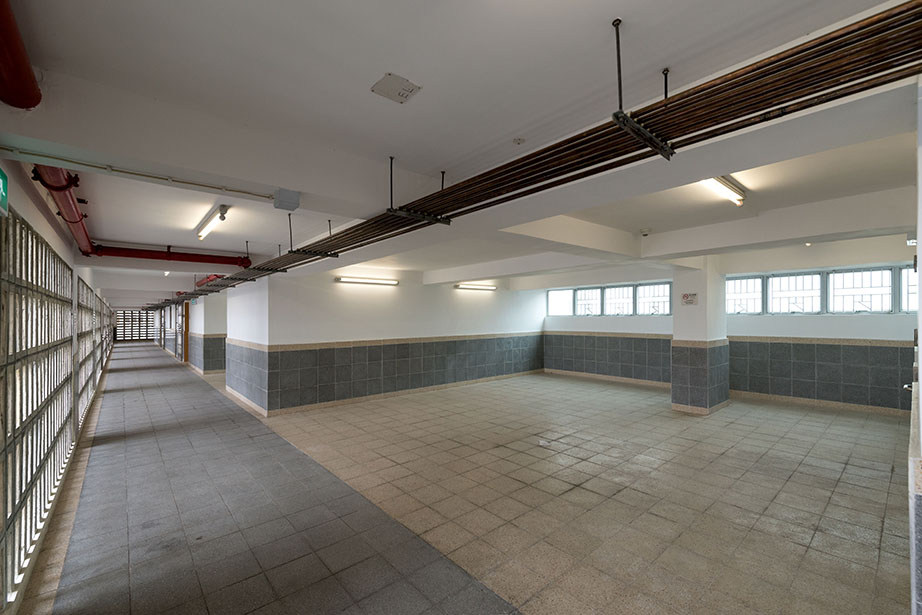 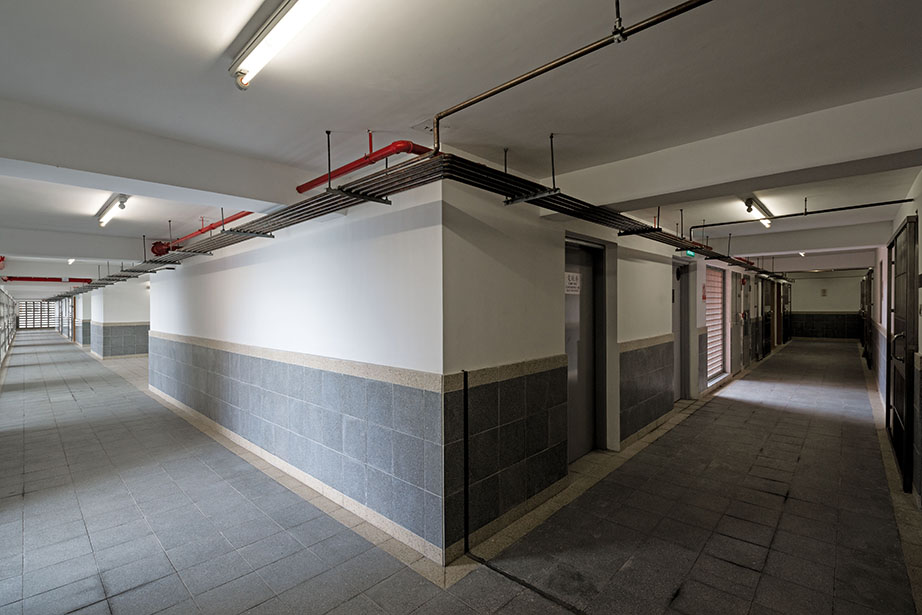 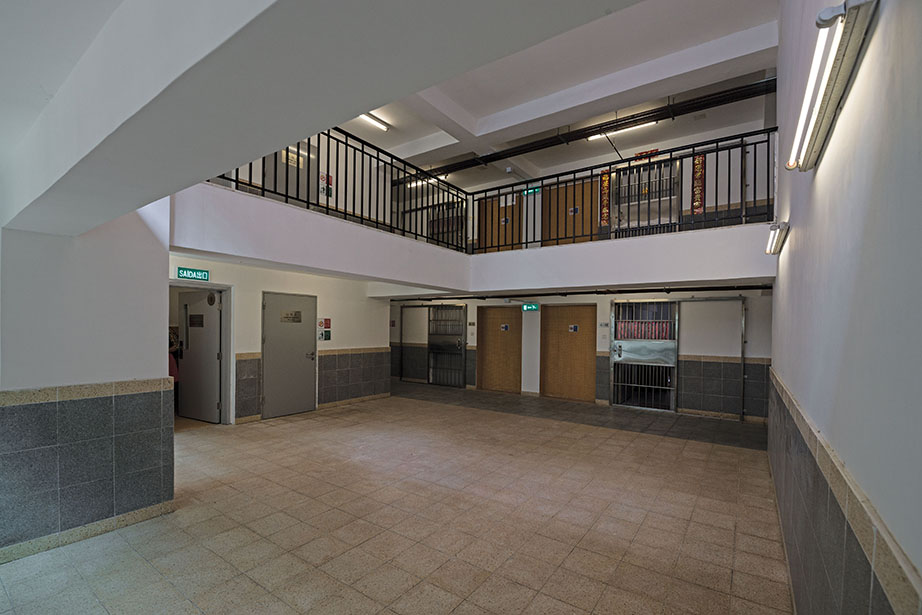 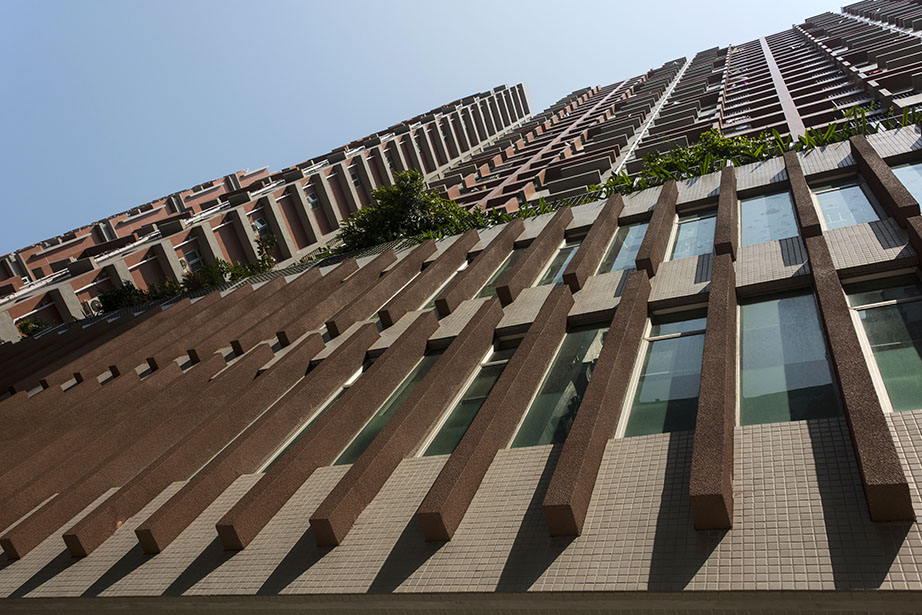 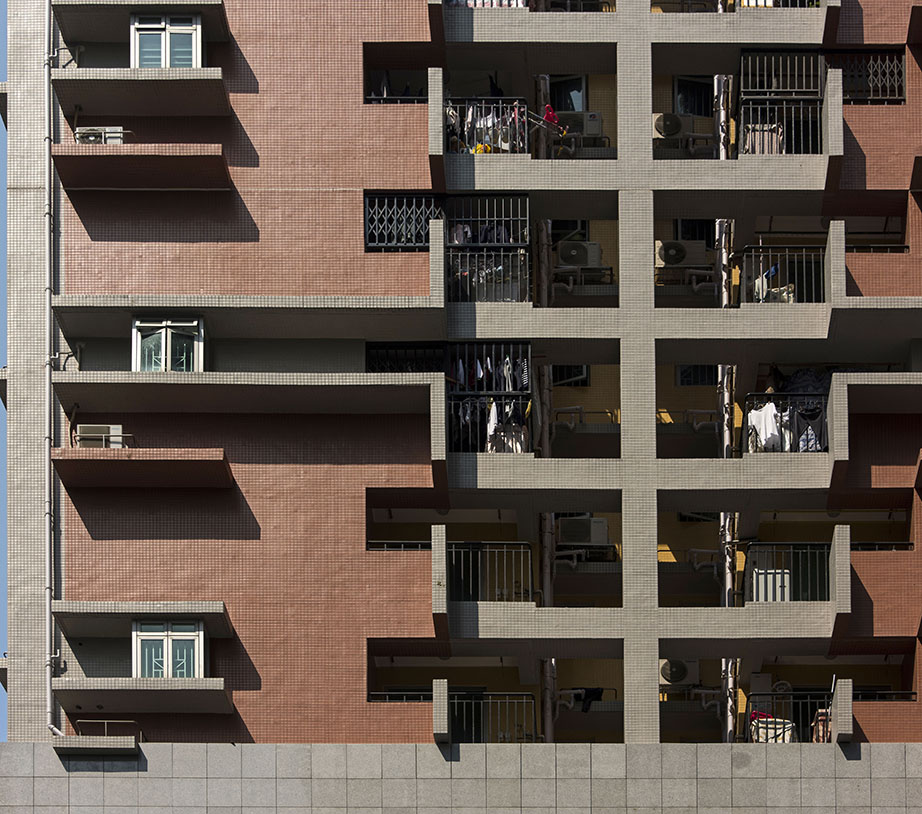 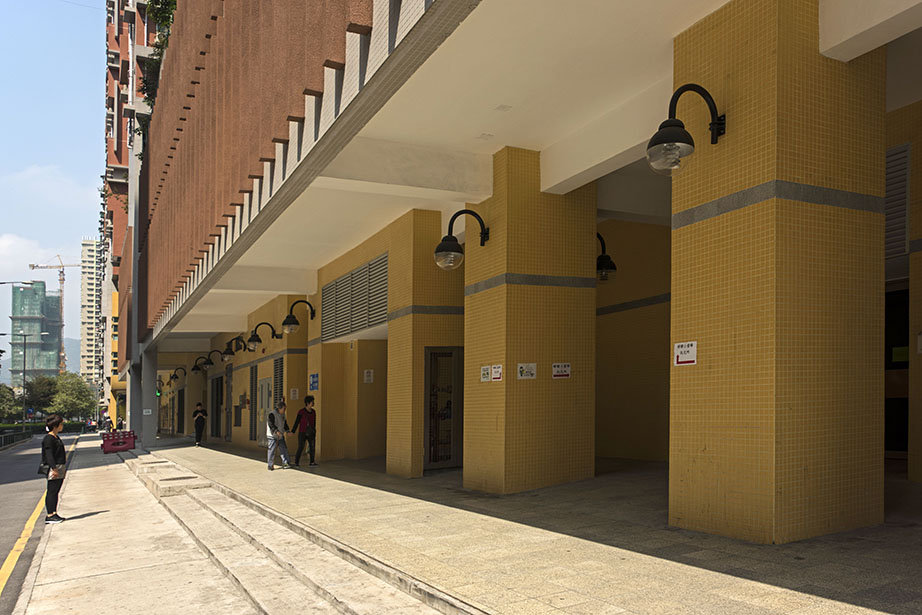 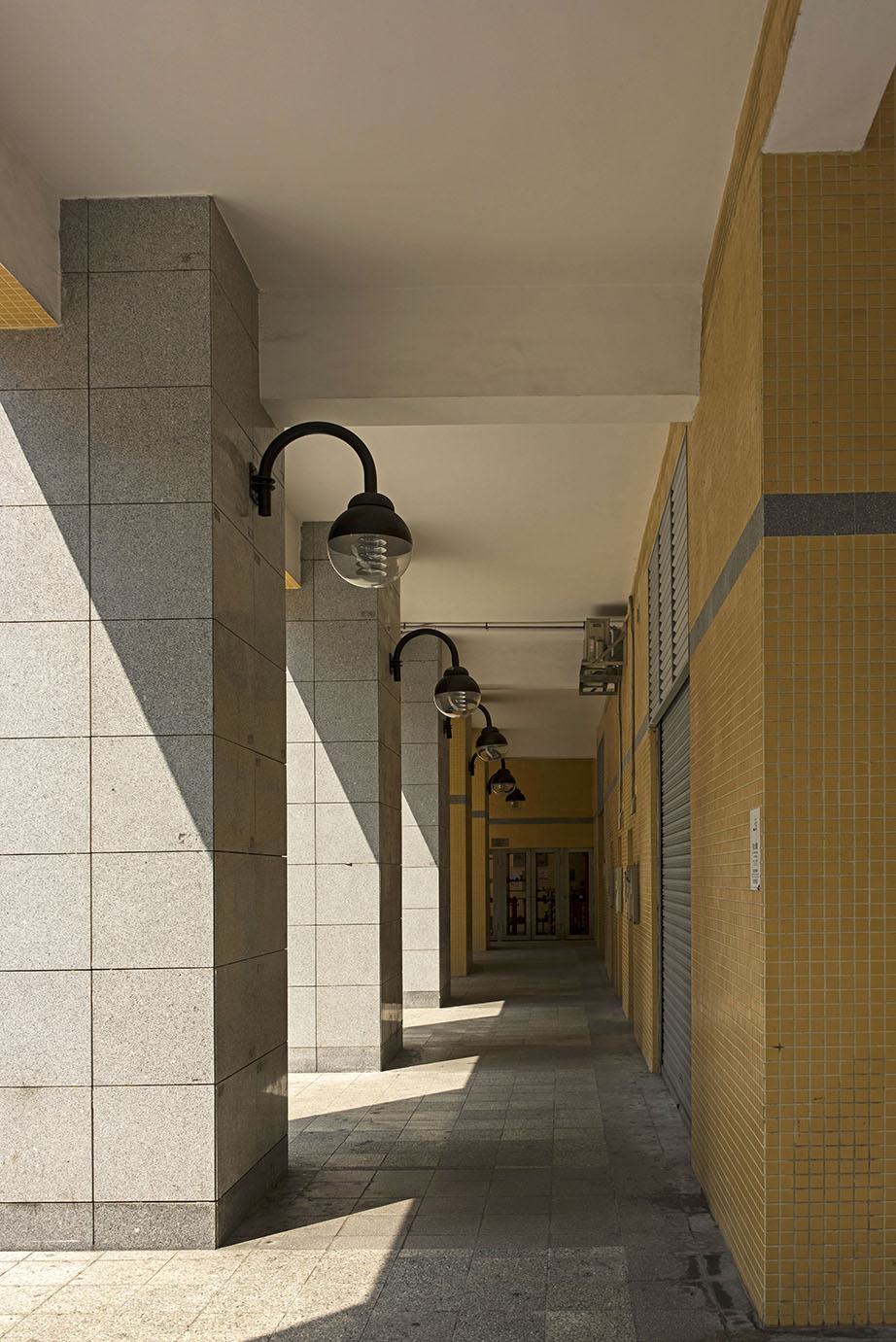 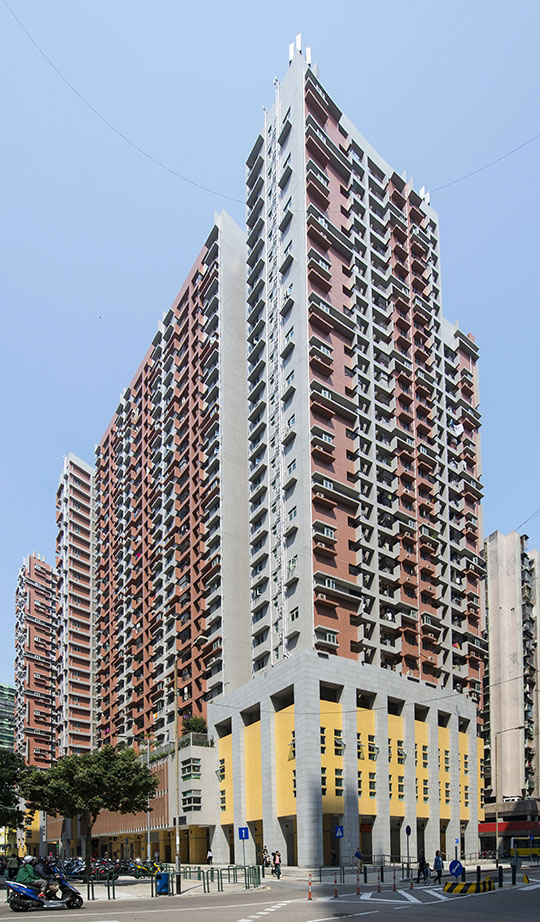 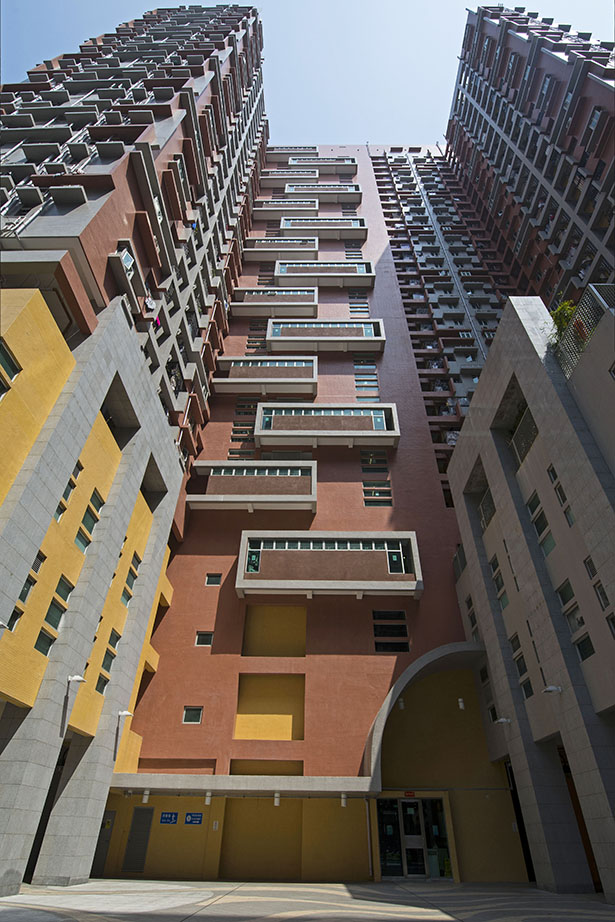 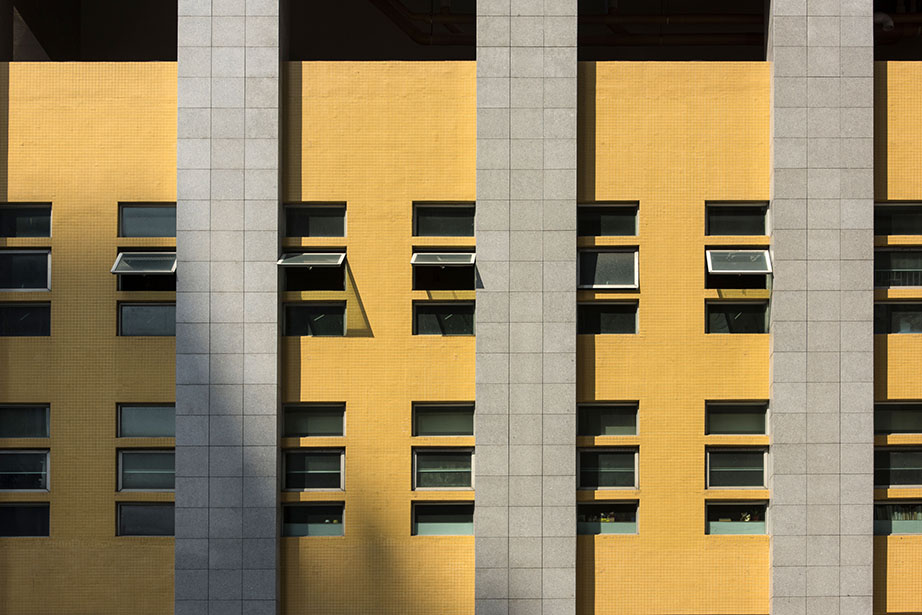 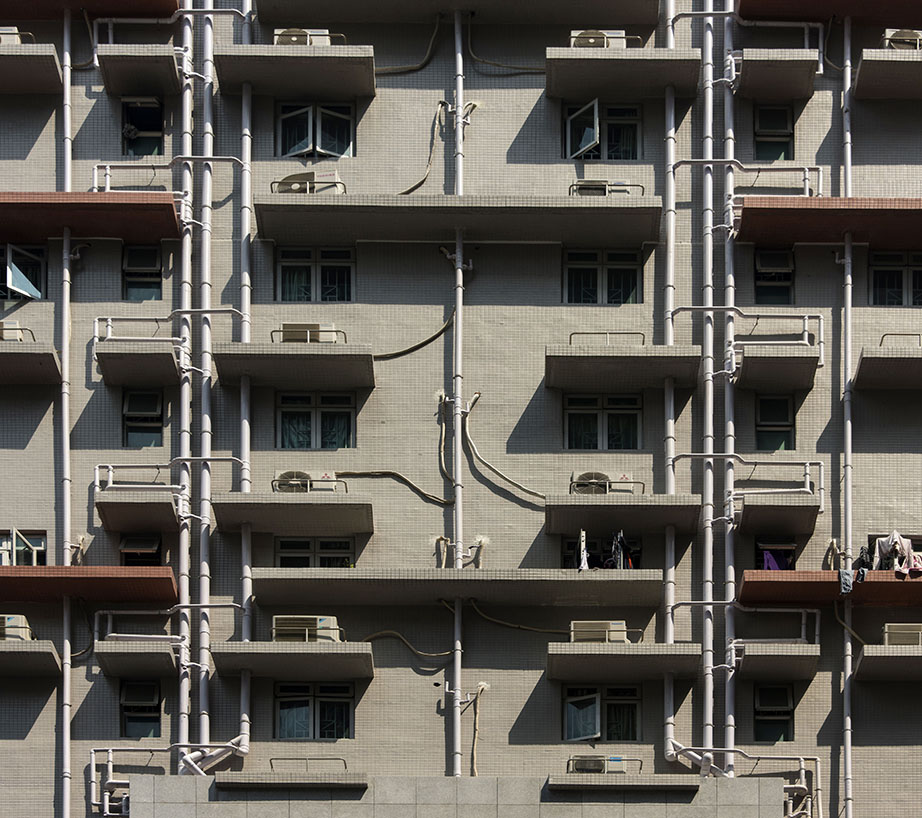 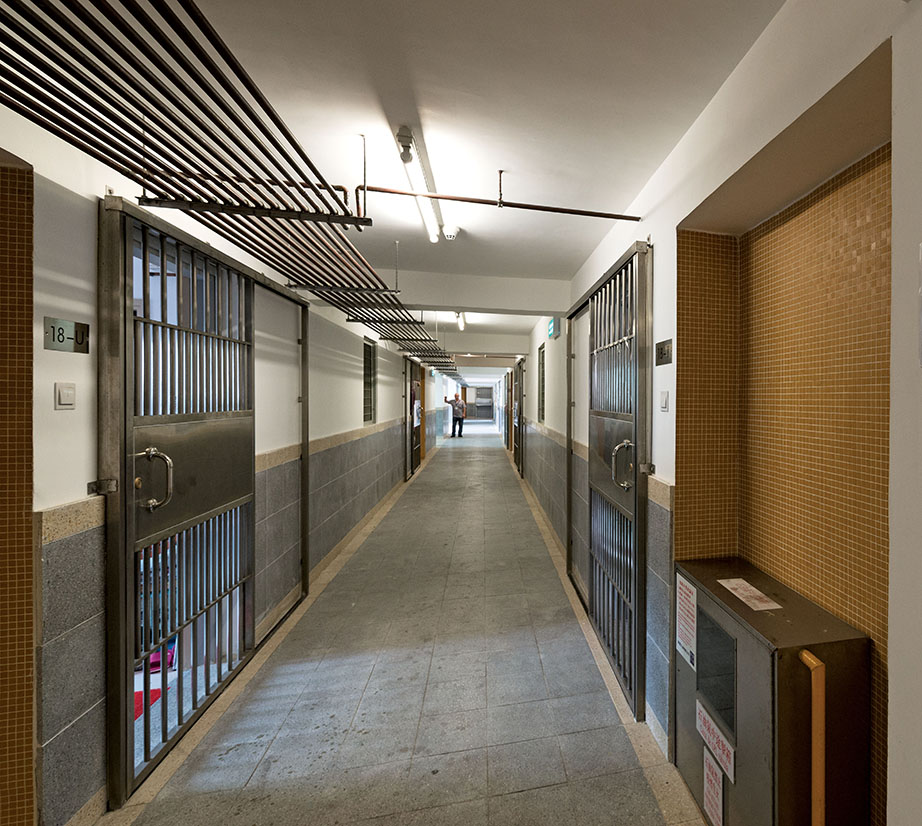 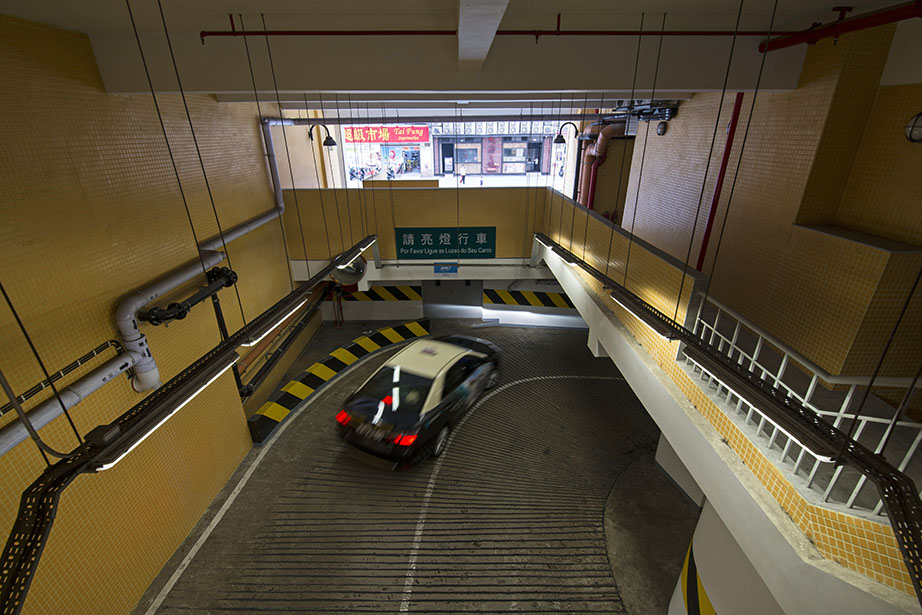 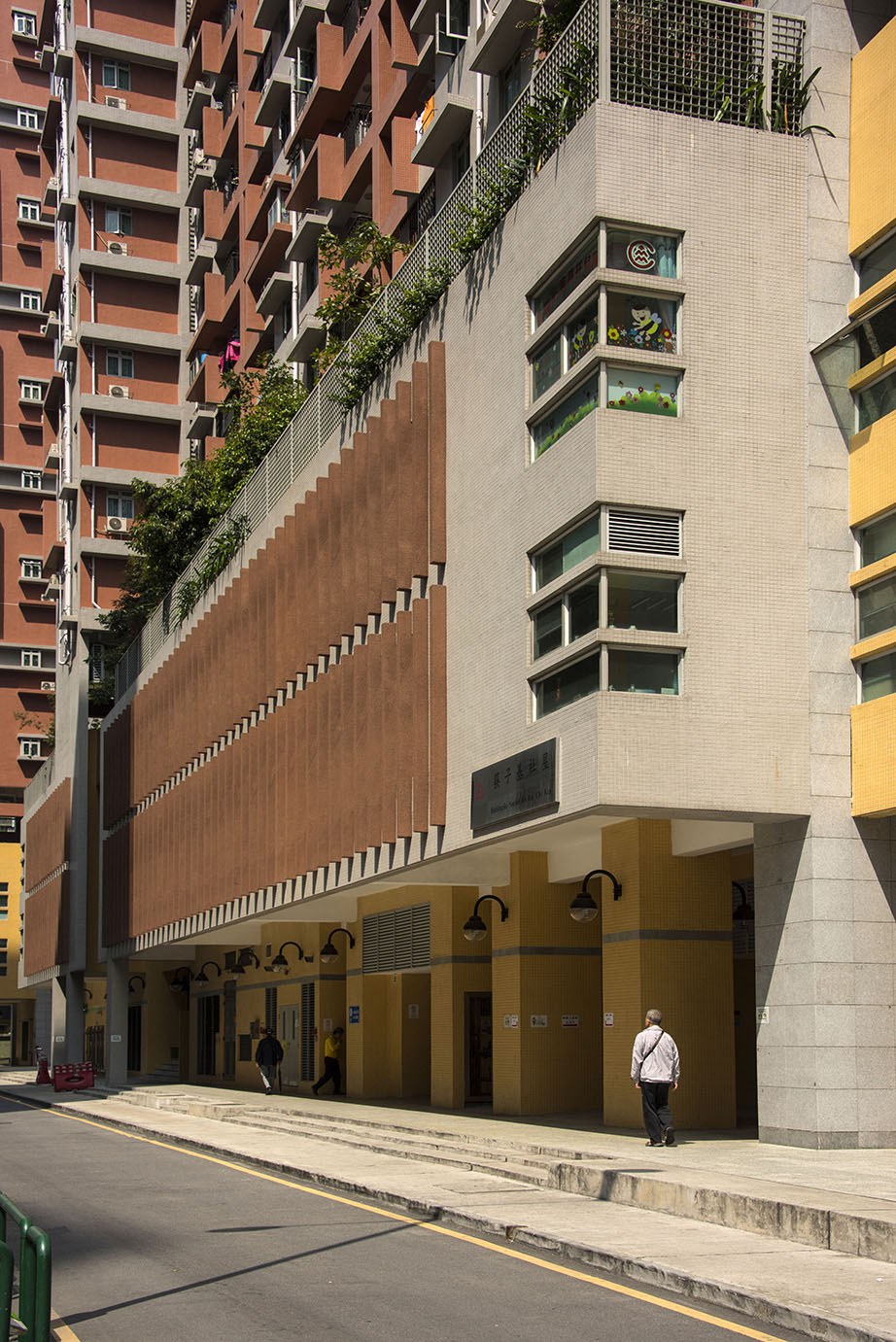 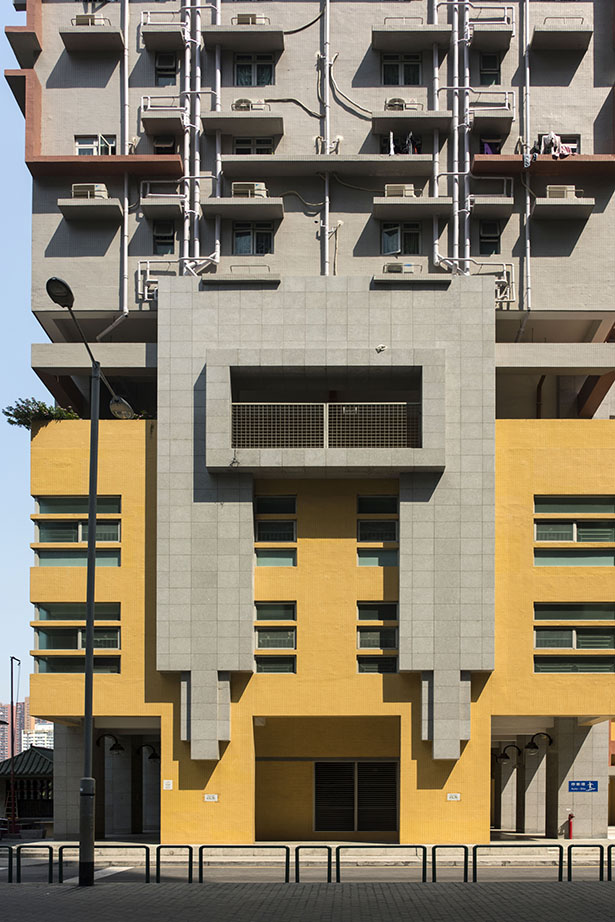 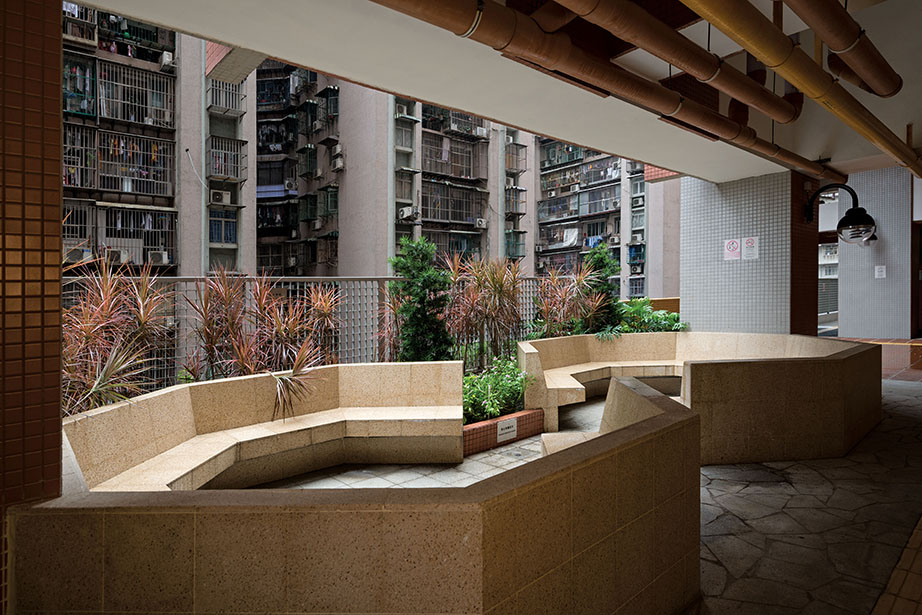