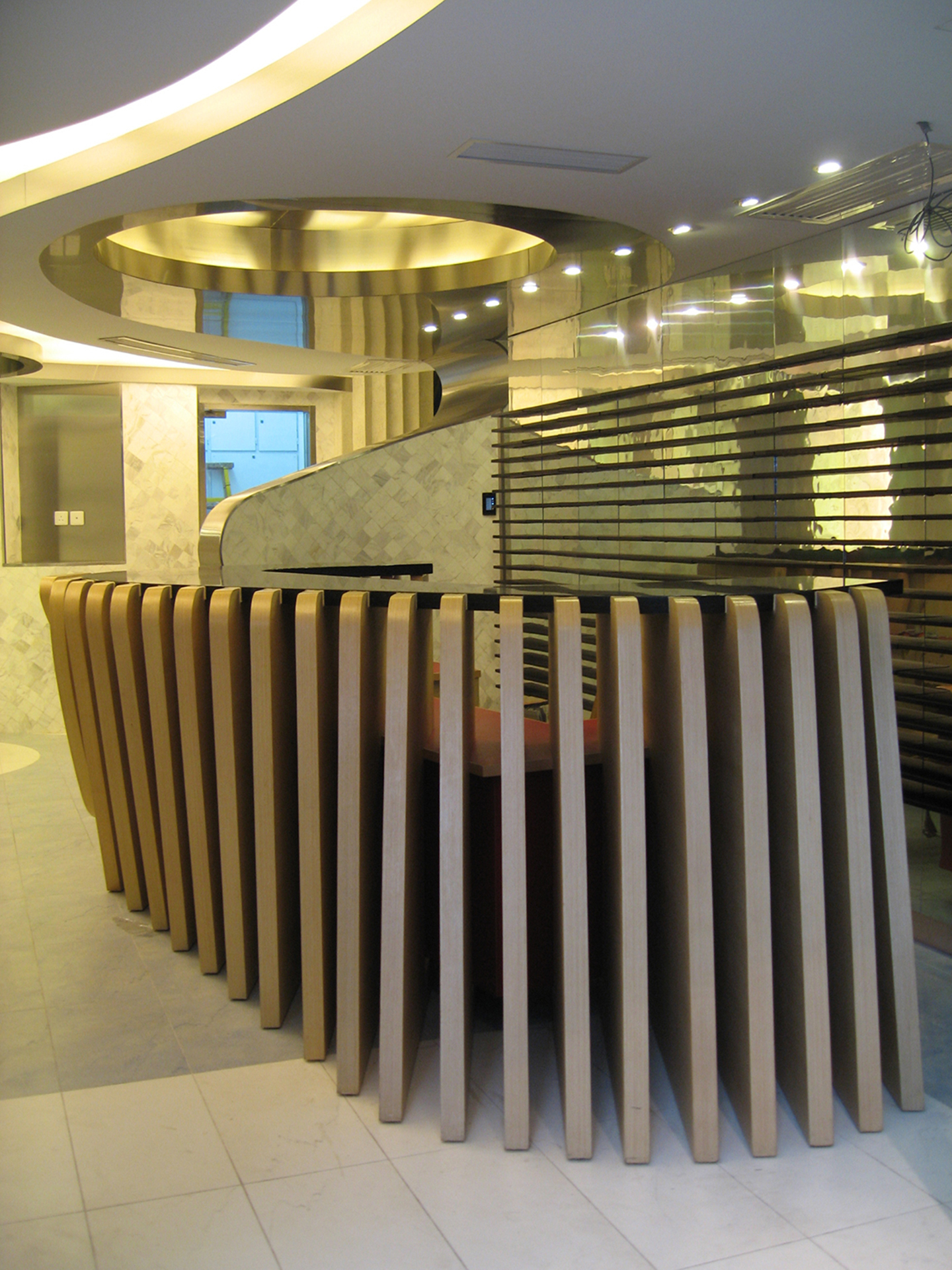 IS THERE such a thing as a perfect working space? Or any perfect space for that matter? It might be a technicality in discourse, or a demeaning use of an expression: Perfect. In a time when customizing, global/local logic, assets on ethnicity and rooted idiosyncrasies and themes for every segment of a building are the soup of the day, the notion of perfect as a general description seems cutdated and primitive (perfect for whom? perfect for what? Perfect until when?): There is no state of wholeness in a period of mutation!

This interior design operation is exemplary in giving form to a client’s ambition (an eternal requirement in ID work) and how the response given by the design should include the requirements but at the same time surpass it: Design should always be about being generous to life.

The C & C lawyer firm is one of the most established lawyer practices in Macau, with its headquarters on the Praia Grande thoroughfare. The firm wanted to update the visuals of its corporate office by increasing the spatial comfort, the inter-personal connectivity of employees and reposition the firm’s philosophy by re-branding the space. They aimed to achieve this by redecorating the 4th floor and the street level reception.

As designers, we are expected to interpret and translate the wills and expectations of a developing society into a spatial language. Most of the times there isn’t a listed answer and the key is found through a process of hybridization of existing solutions.

In the C & C lawyer firm re-branding, we brought in all the input of the client, and analyzed that open-spaces are much more successful in terms of productivity, but the promiscuity of sound is a downer. Thus we developed a mix of open-space and enclosed glass modules that combine the best of both arrangements: There is both visual inter-relation and tranquility.

Located on the 4th floor of the C & C tower, the Executive Floor connects to the 3rd floor back office and the 5th floor Corporate Club, the corridor is much more than a functional passage: we interpreted it as an executive catwalk, where a light beam literally drives you through the firm. This corridor was defined with extra width to support this spectacle and meeting environment: sometimes, spending area privileging a space is the best investment in your company or house: it gives hierarchy, order and use to otherwise indifferent spaces.

The light element was treated as a sculptural object around which office life is organized. Where it meets the stair well of the 3rd floor, there is an explosion of light and form, well adapted by the user with art pieces.

The stair to the 5th floor executive club, located next to the lift lobby, was treated as an informal reception and sitting area, where the detail of the floor wall and ceiling interwine to keep the eye busy and curious. There is some reference to the passion of
Carlo Scarpa ( an Italian 20th Century Architecture Master) and his ability to invent a space starting from a detail, and on until the sky.

THUS WE DEVELOPED A MIX O F OPEN-SPACE AND ENCLOSED GLASS MODULES THAT COMBINE THE BEST OF BOTH ARRANGEMENTS: THERE IS BOTH VISUAL INTER-RELATION AND TRANQUILITY.

THE CORRIDOR IS MUCH MORE THAN A FUNCTIONAL PASSAGE:

WE INTERPRETED IT AS AN EXECUTIVE CATWALK, WHERE A LIGHT BEAM LITERALLY DRIVES YOU THROUGH THE FIRM. 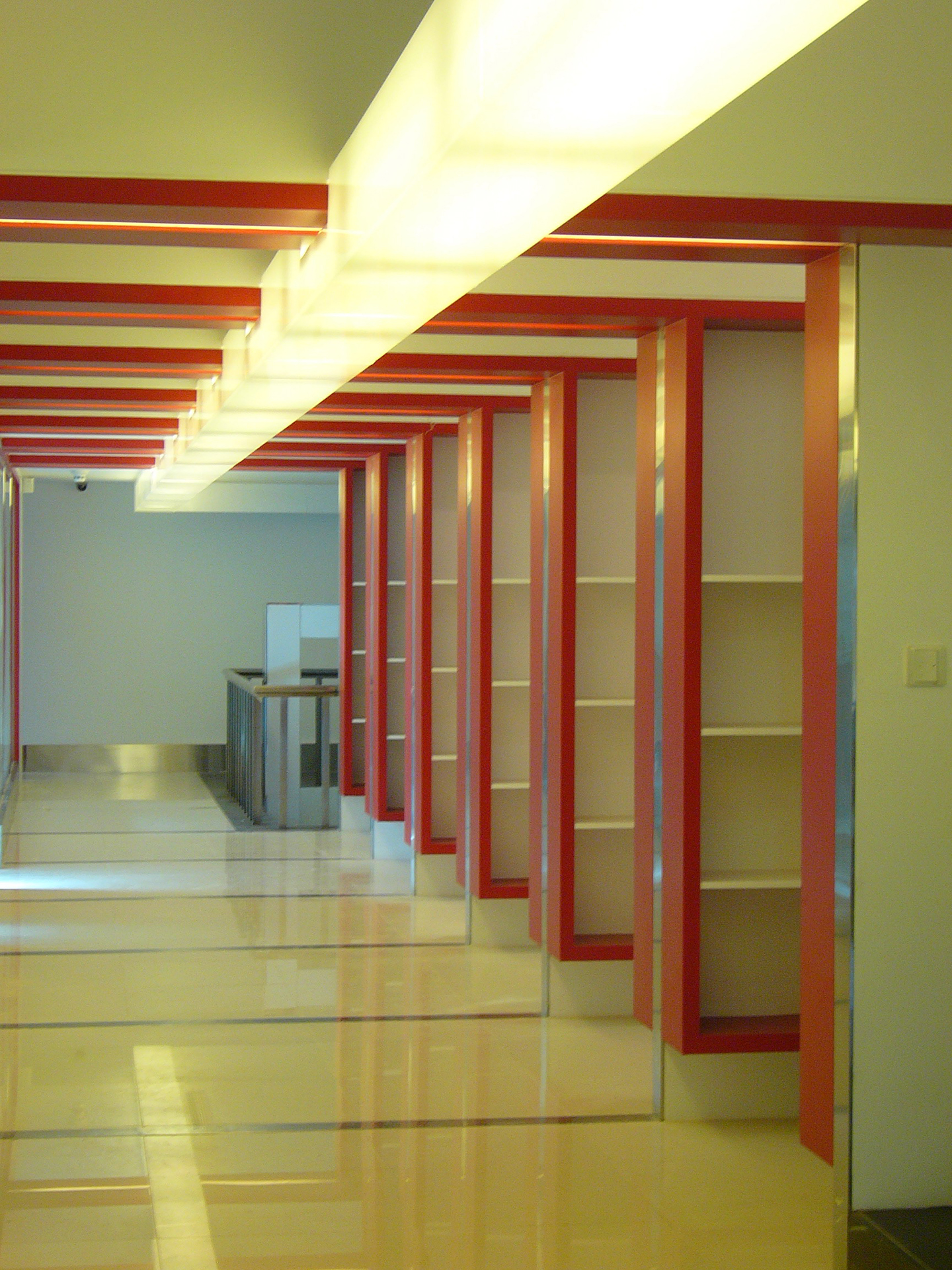 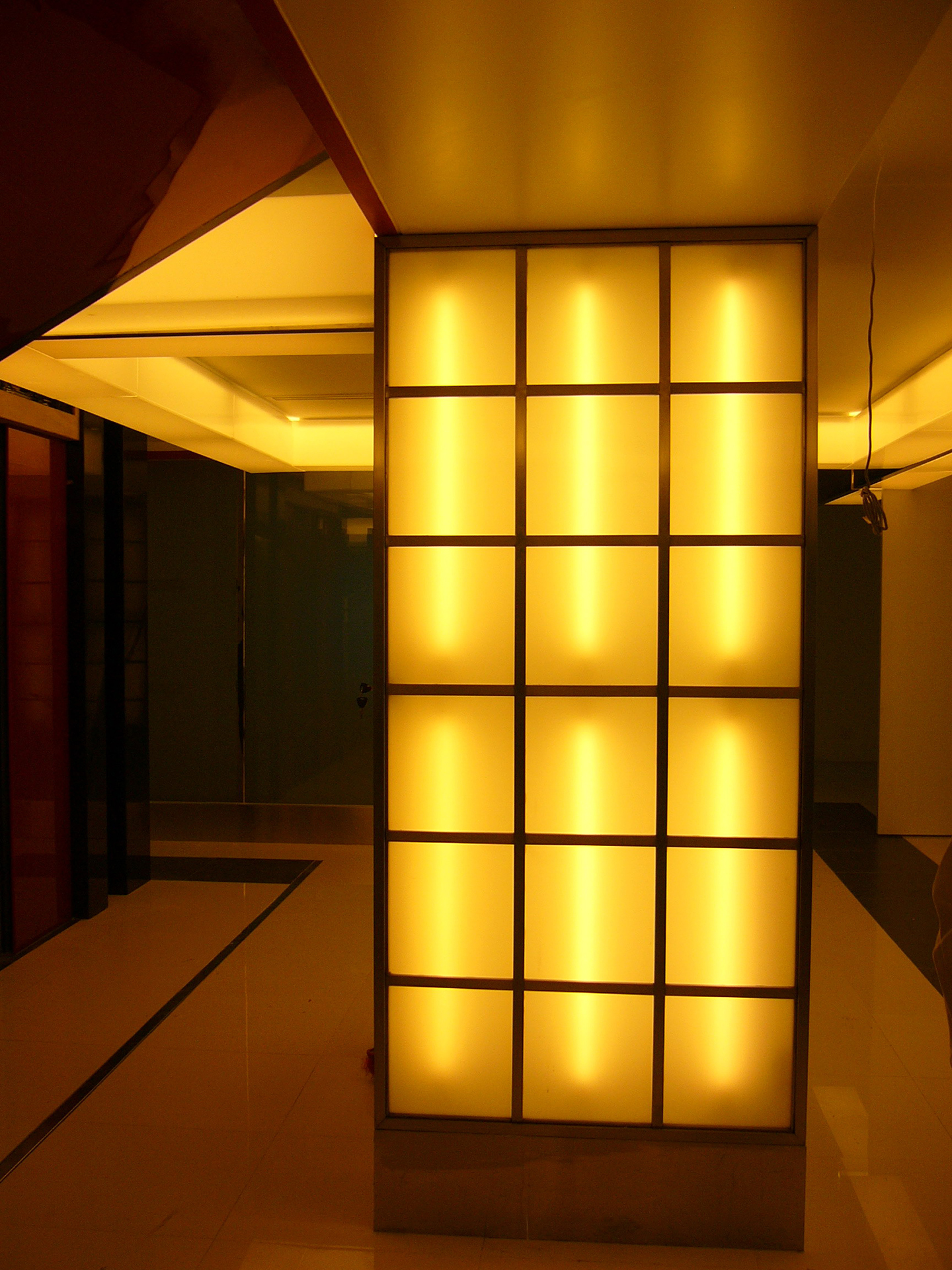 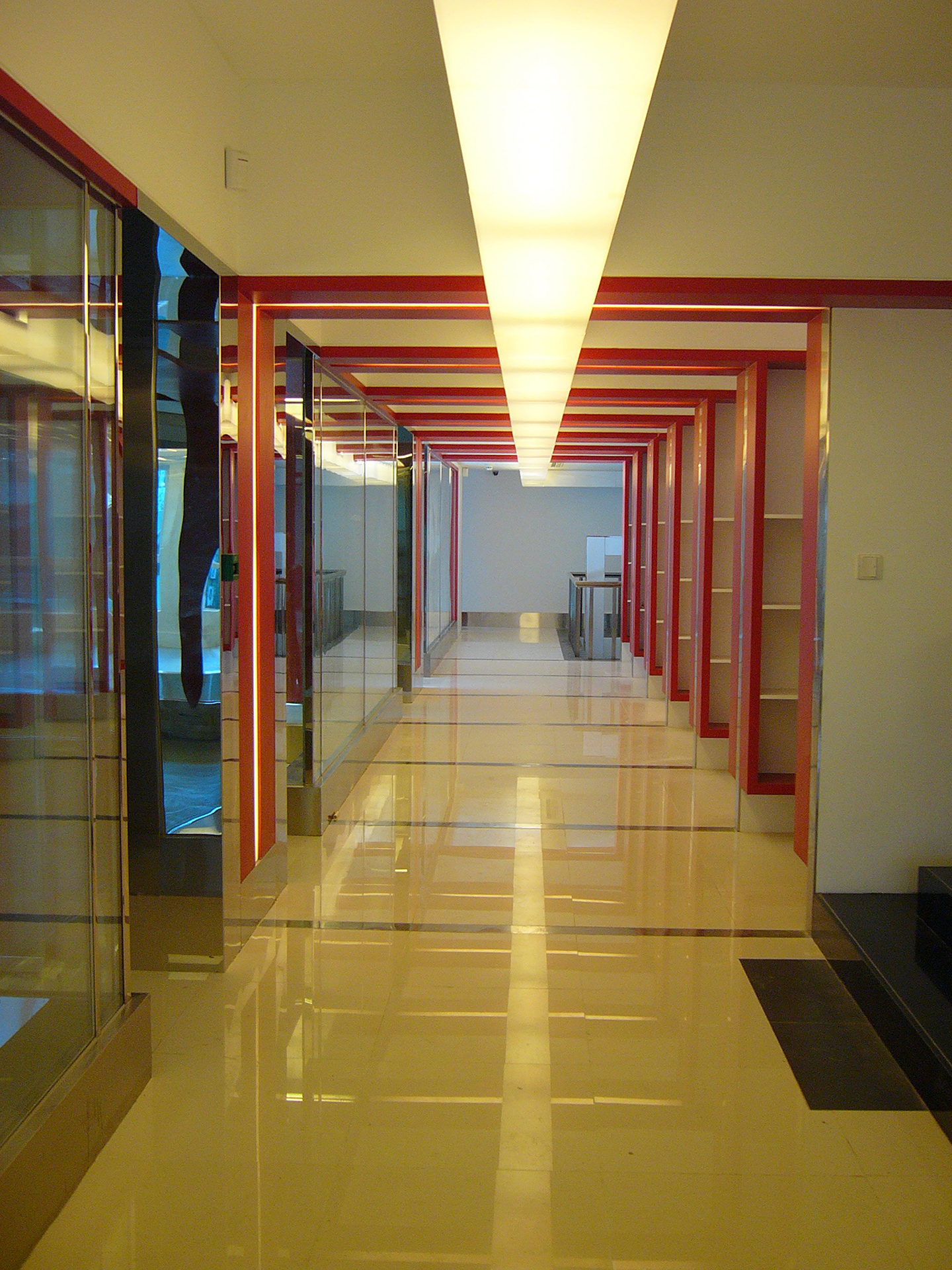 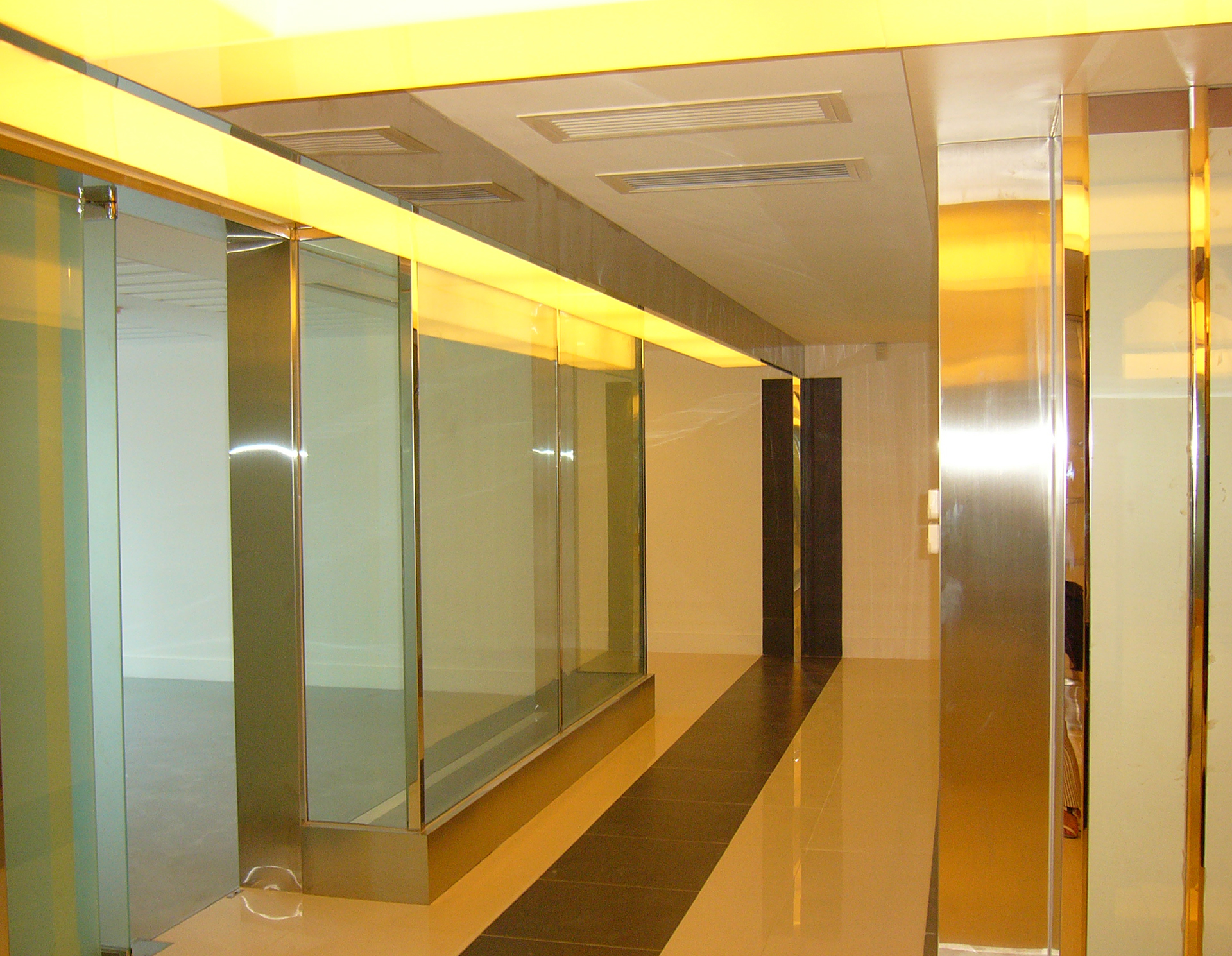 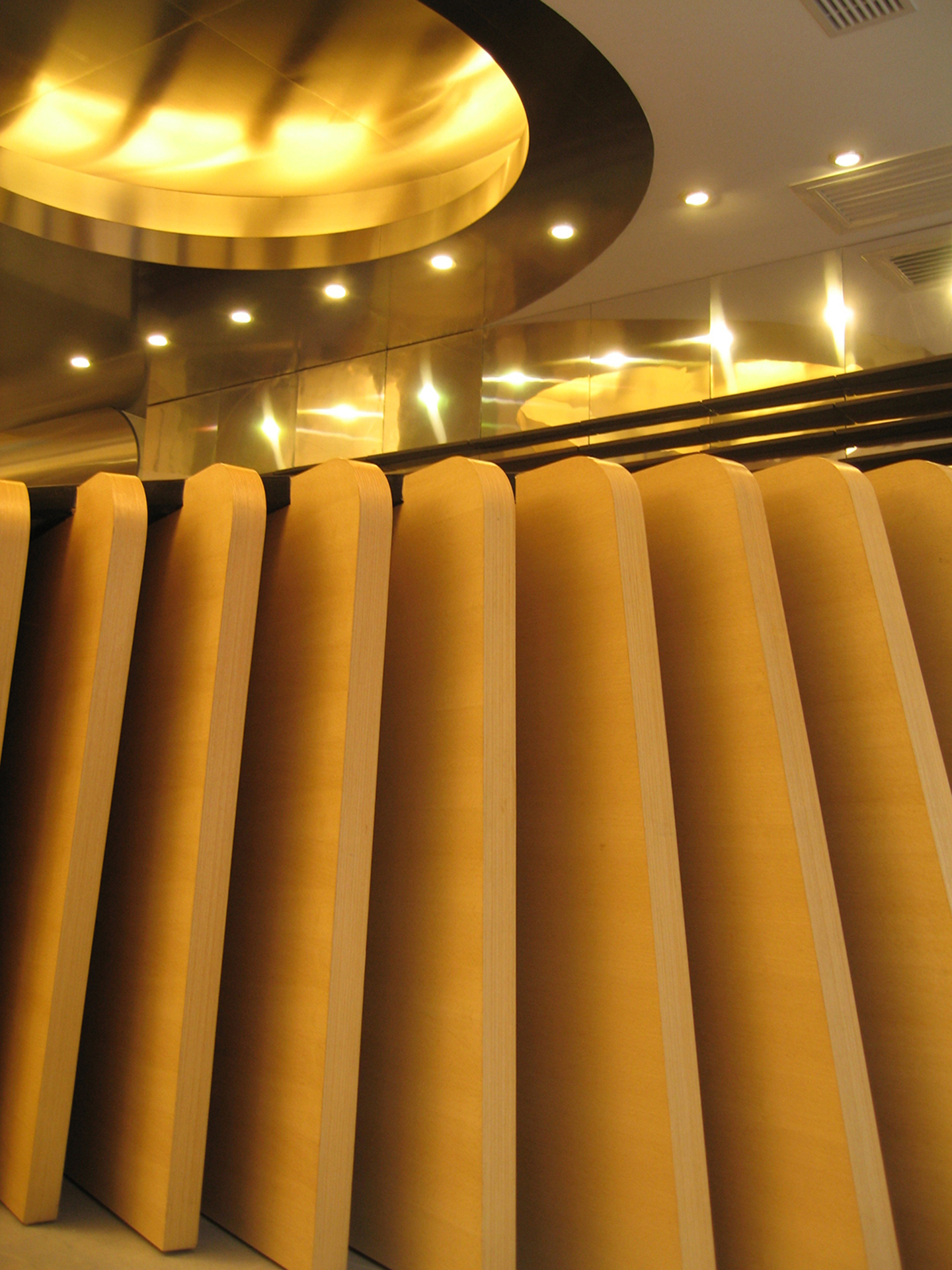 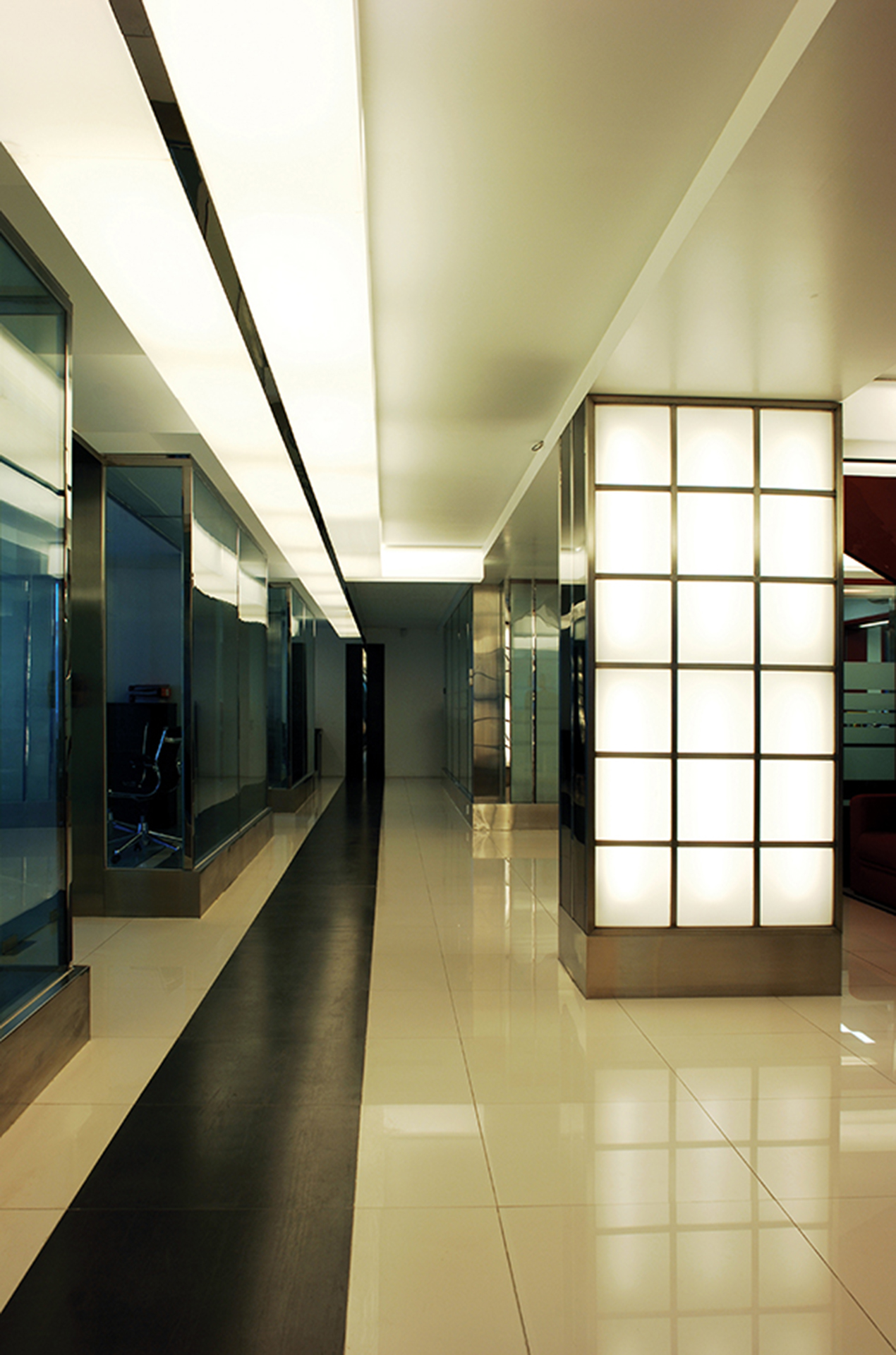 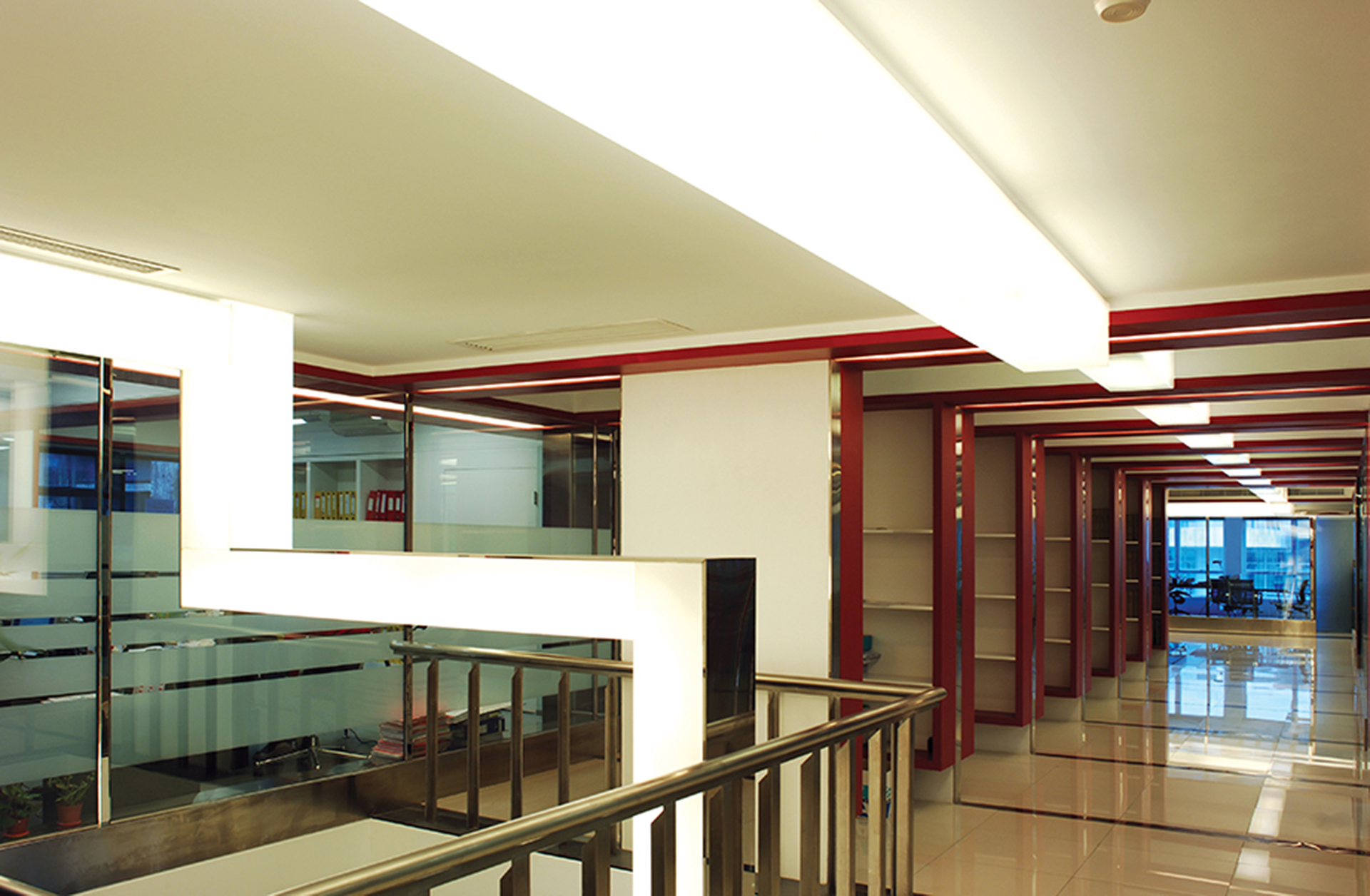 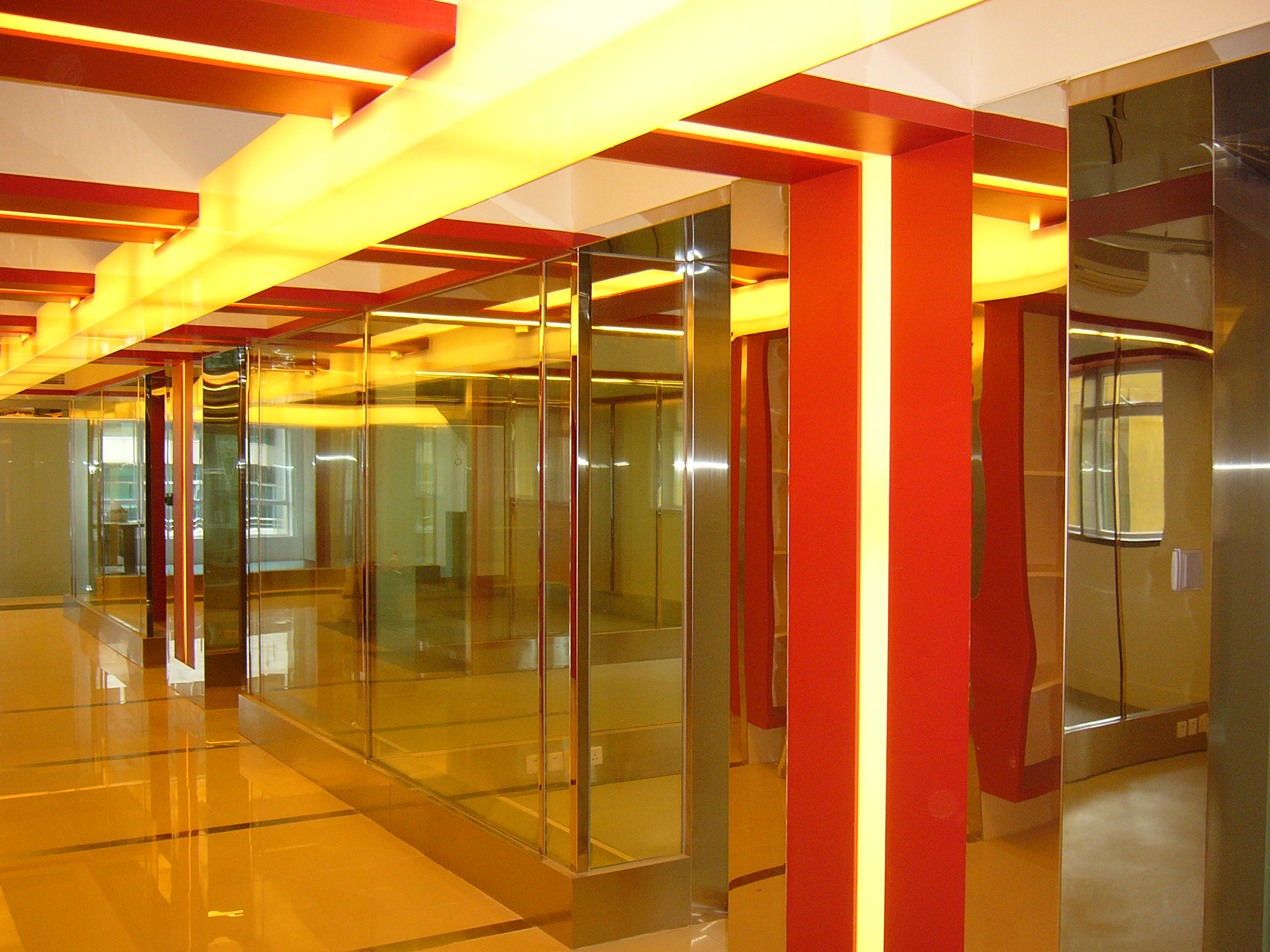 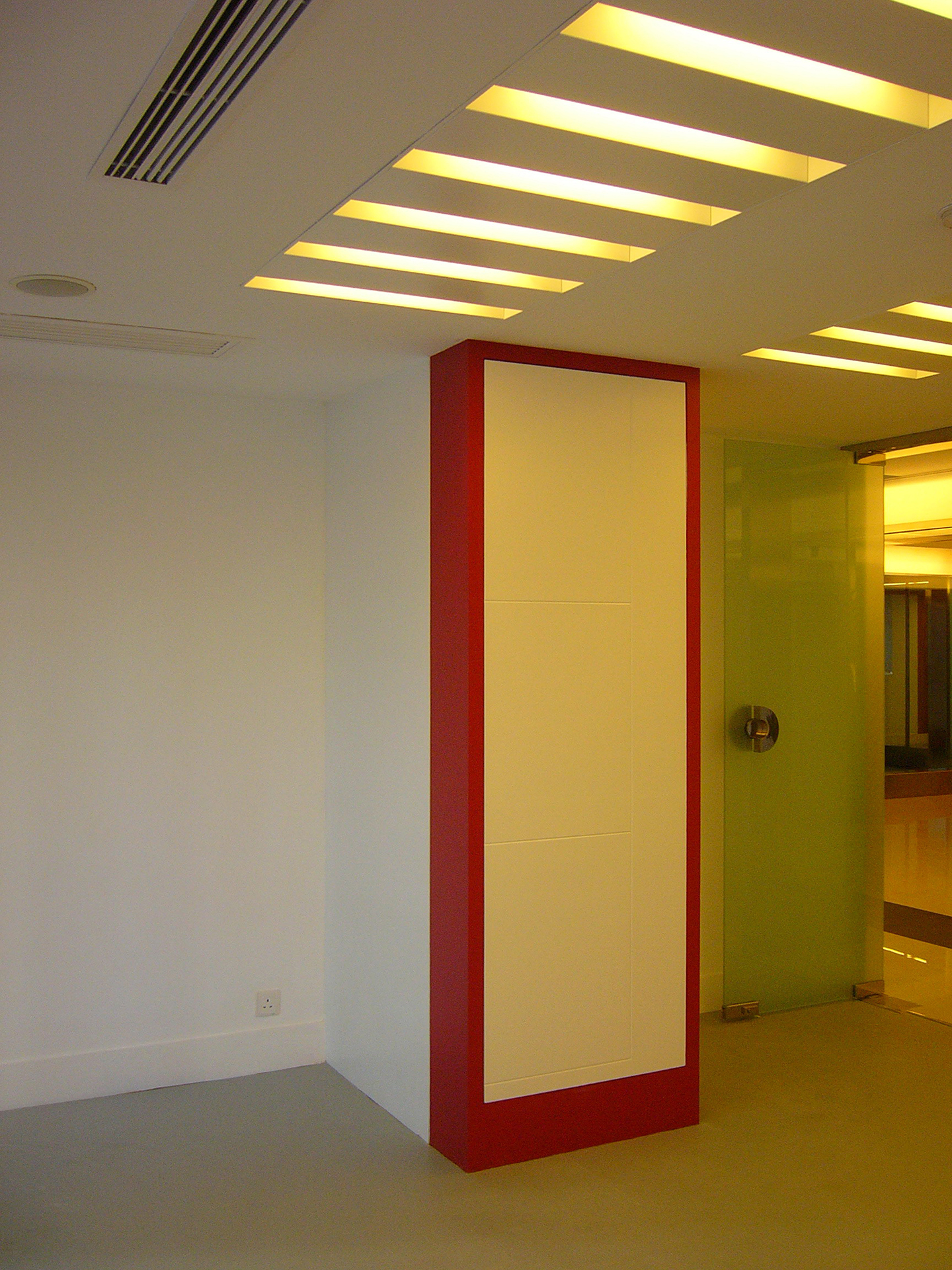 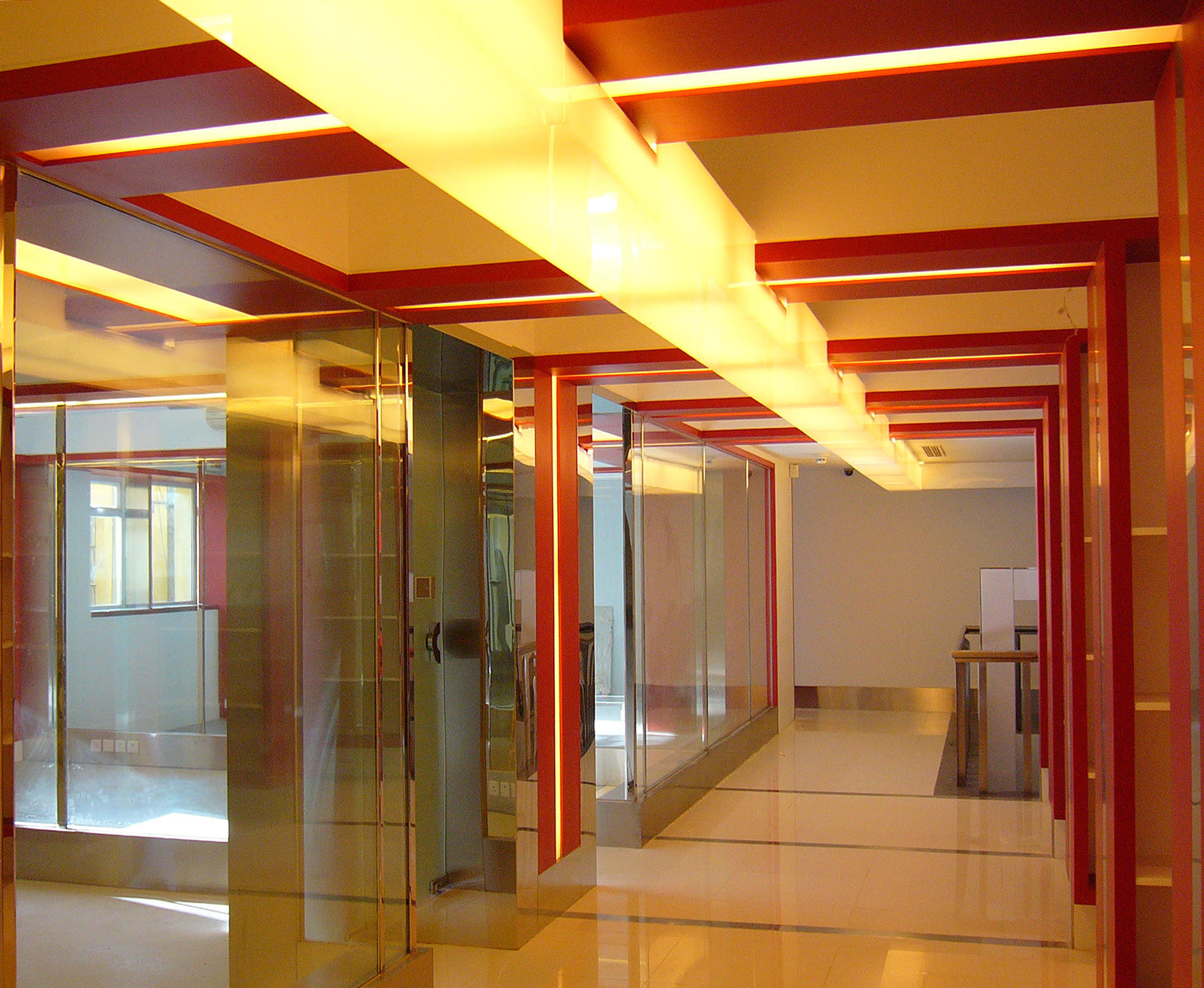 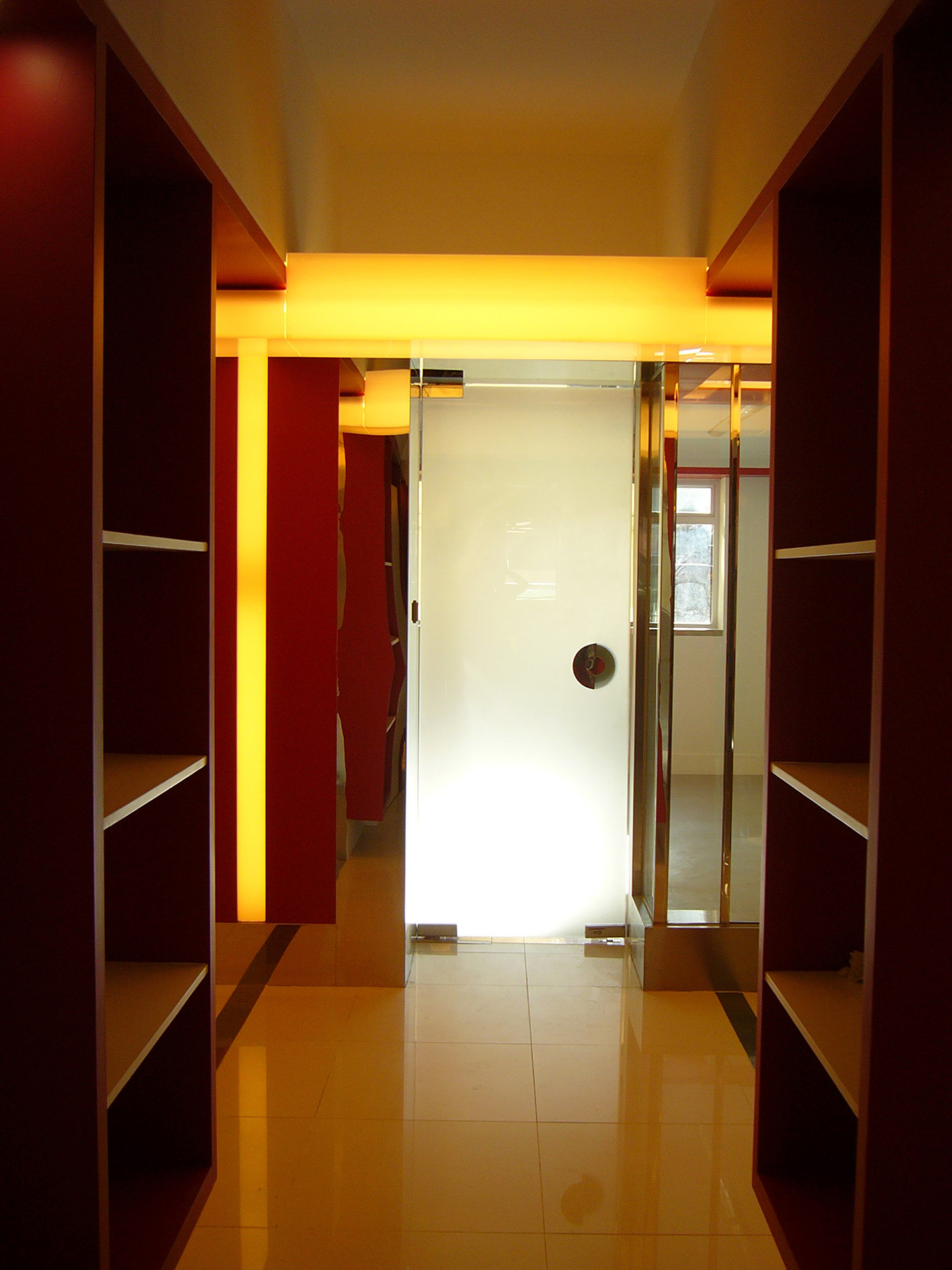 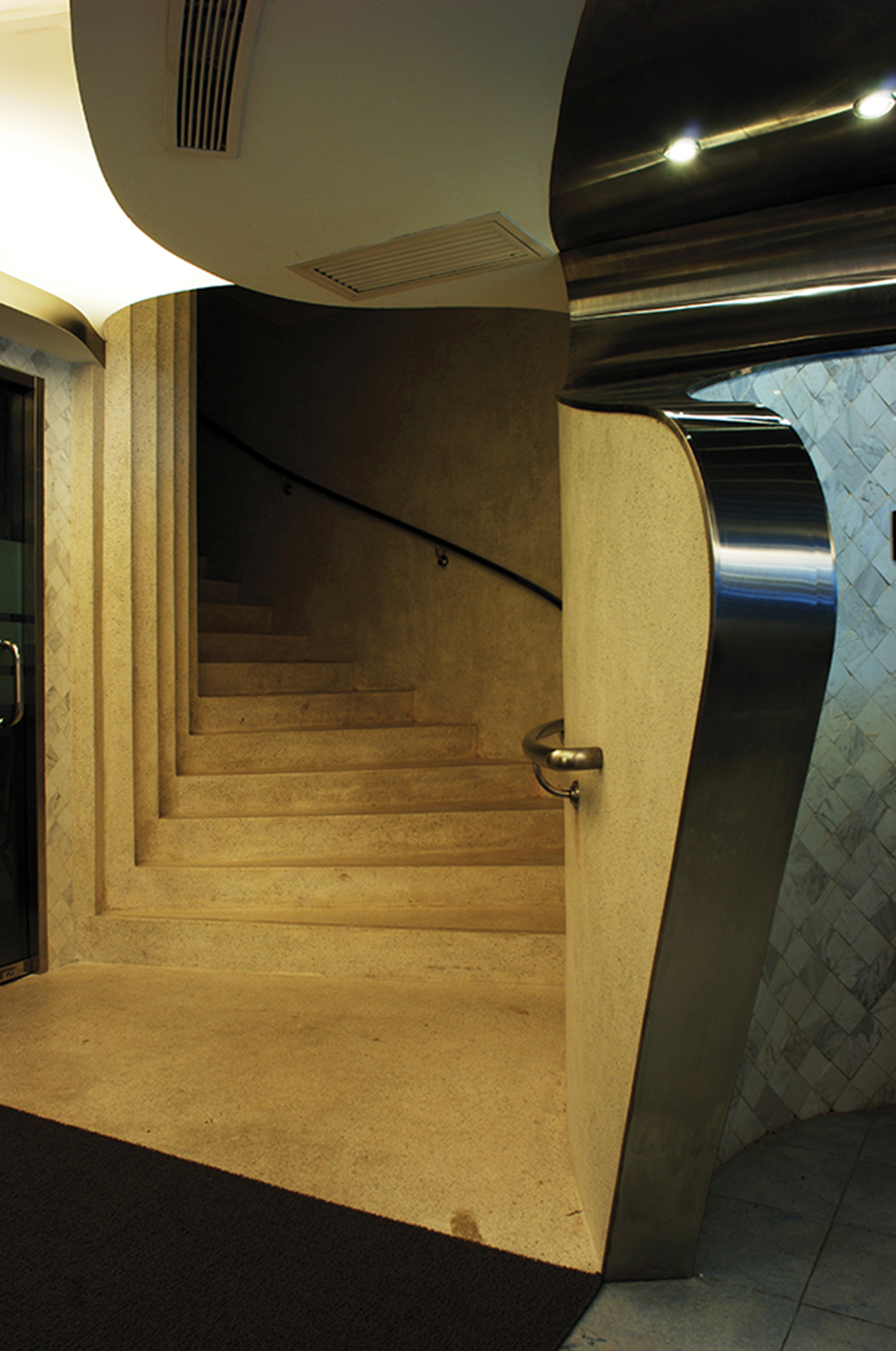 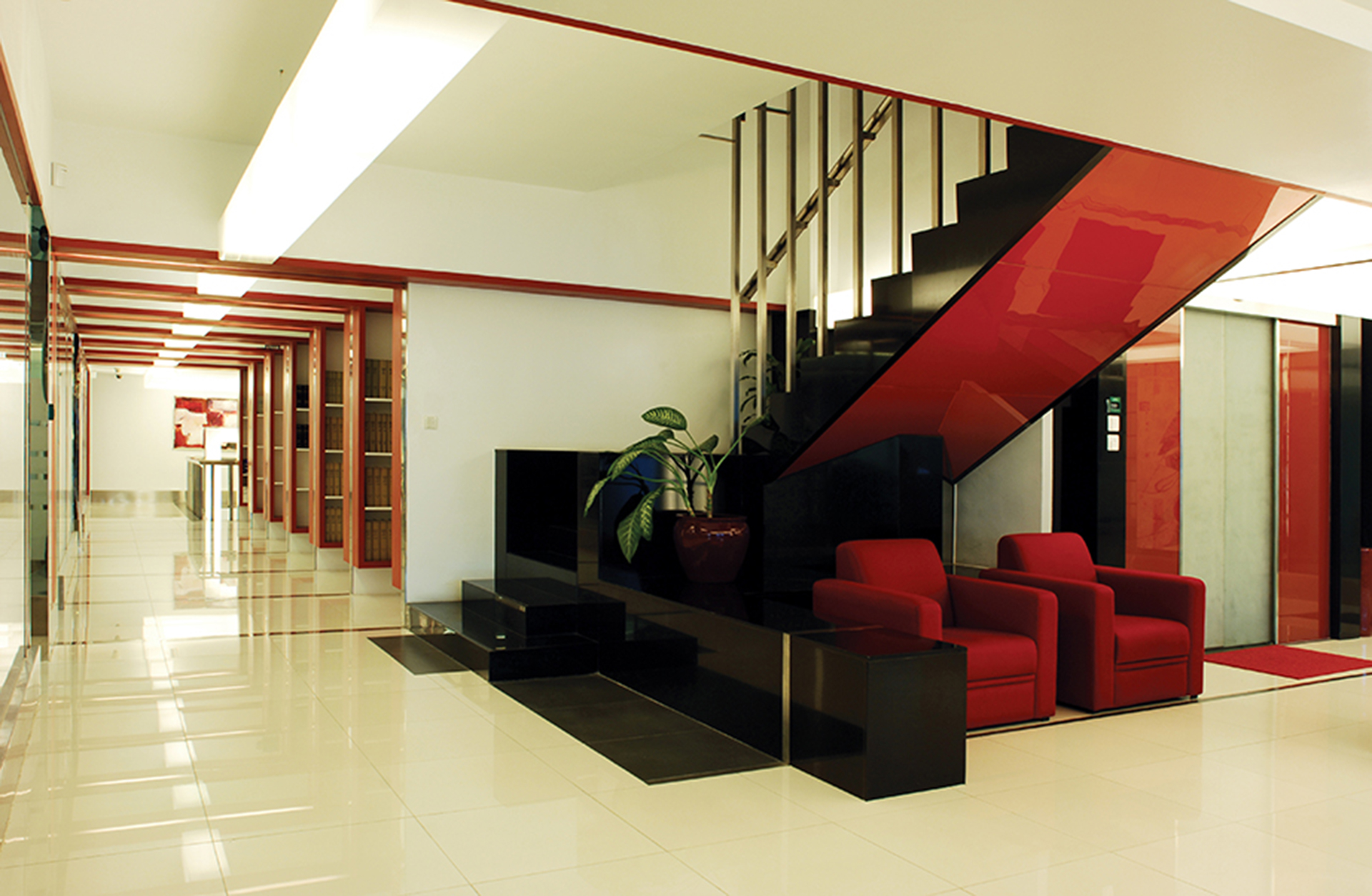 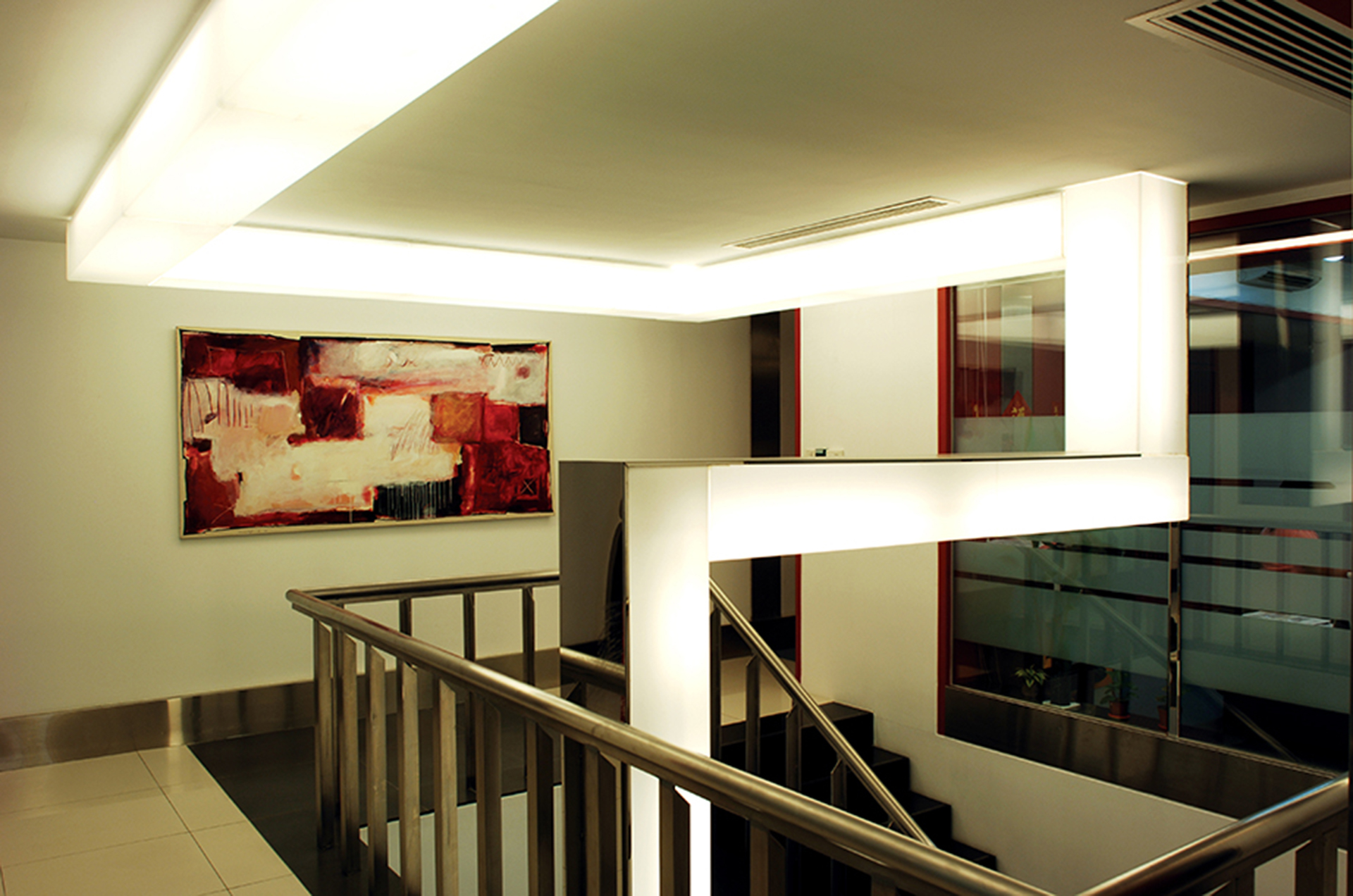 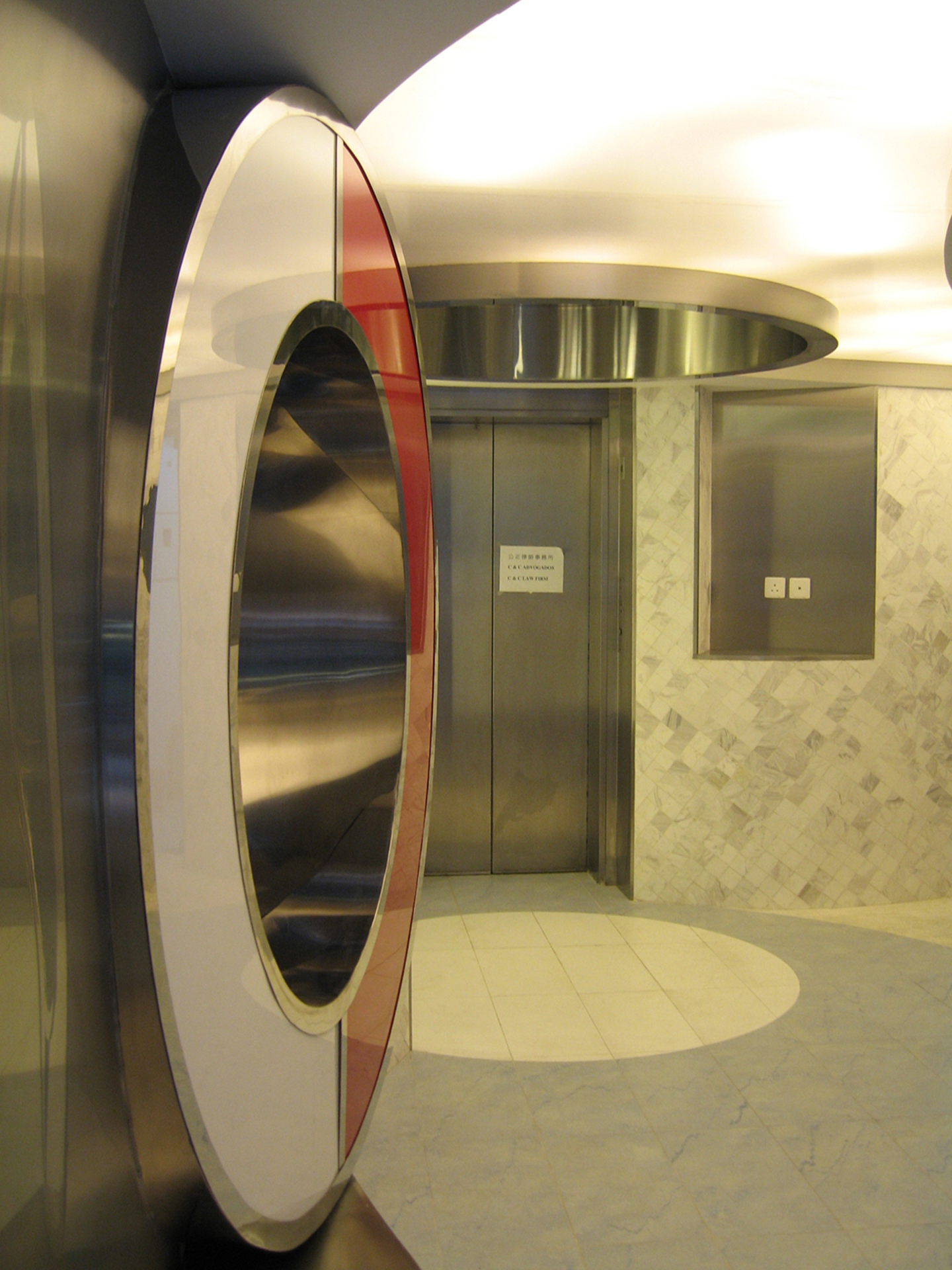 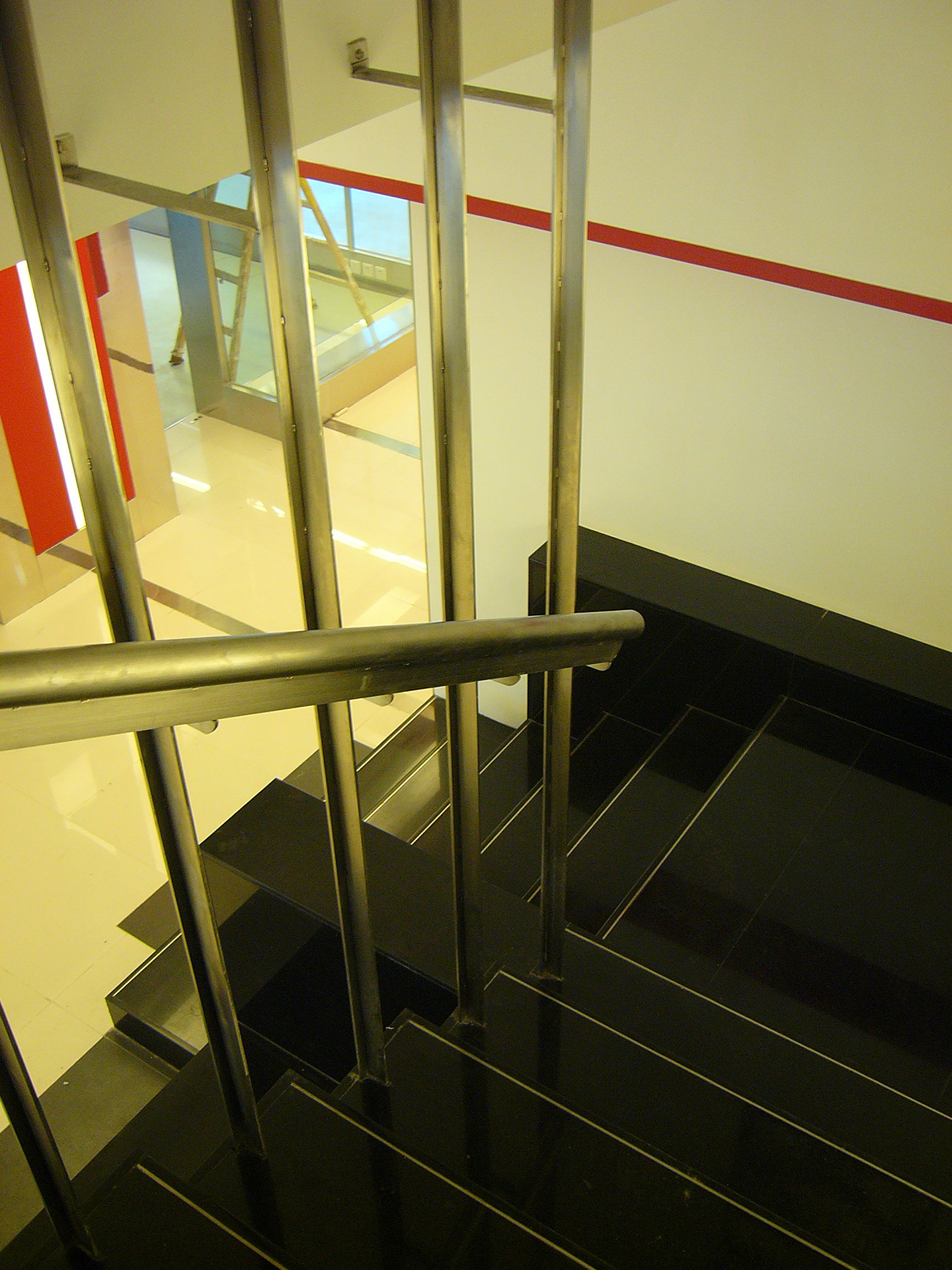 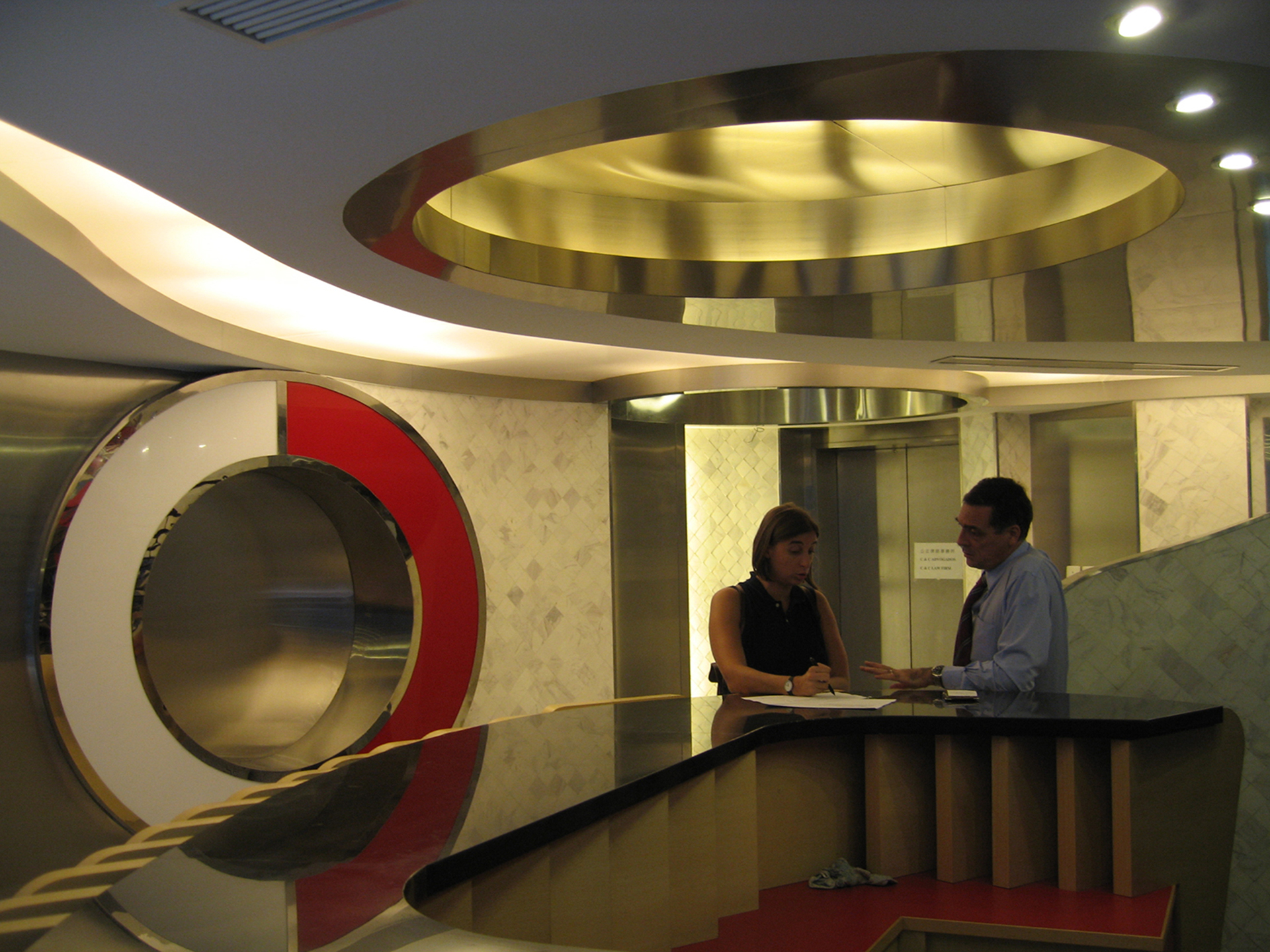 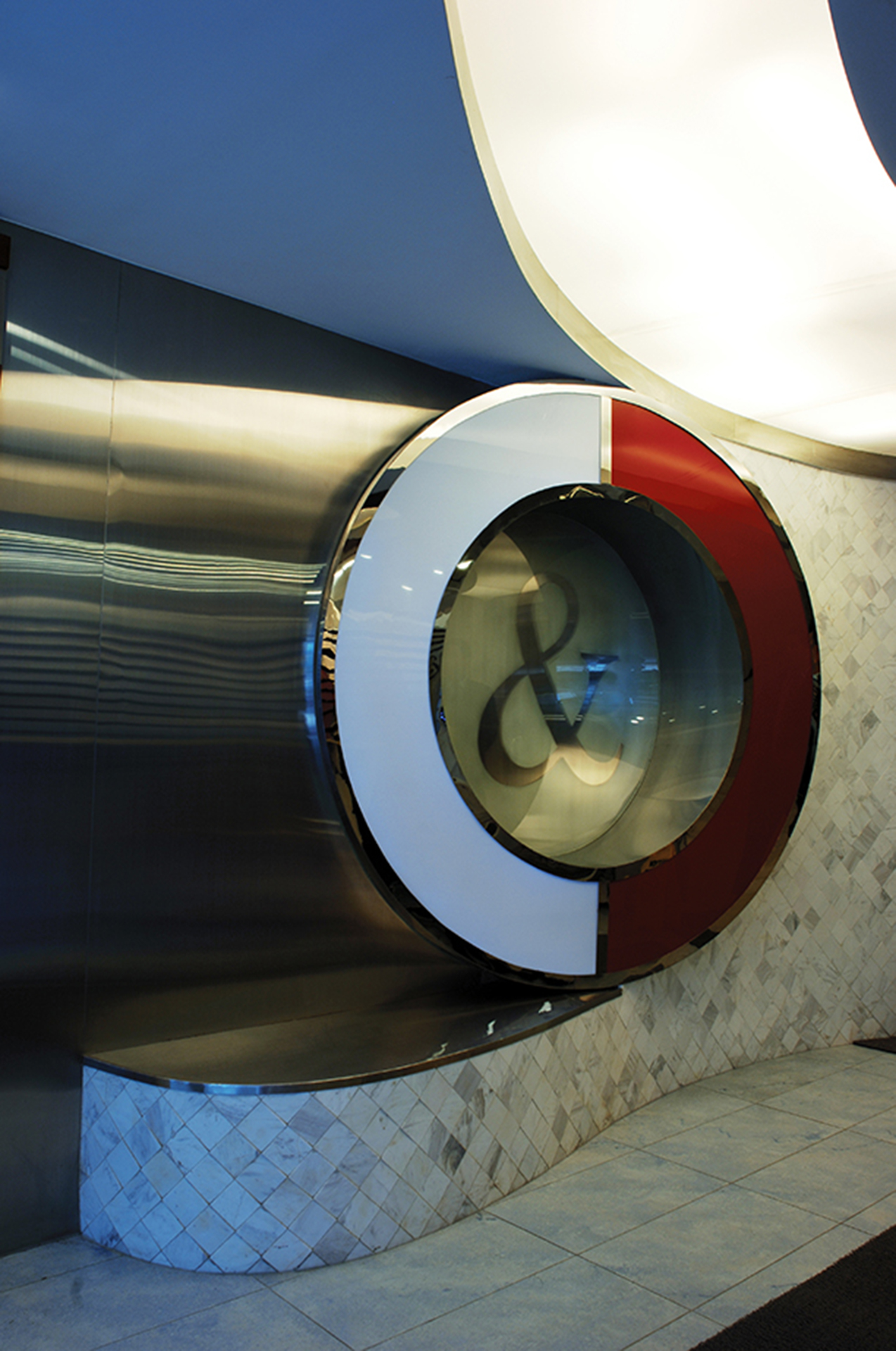