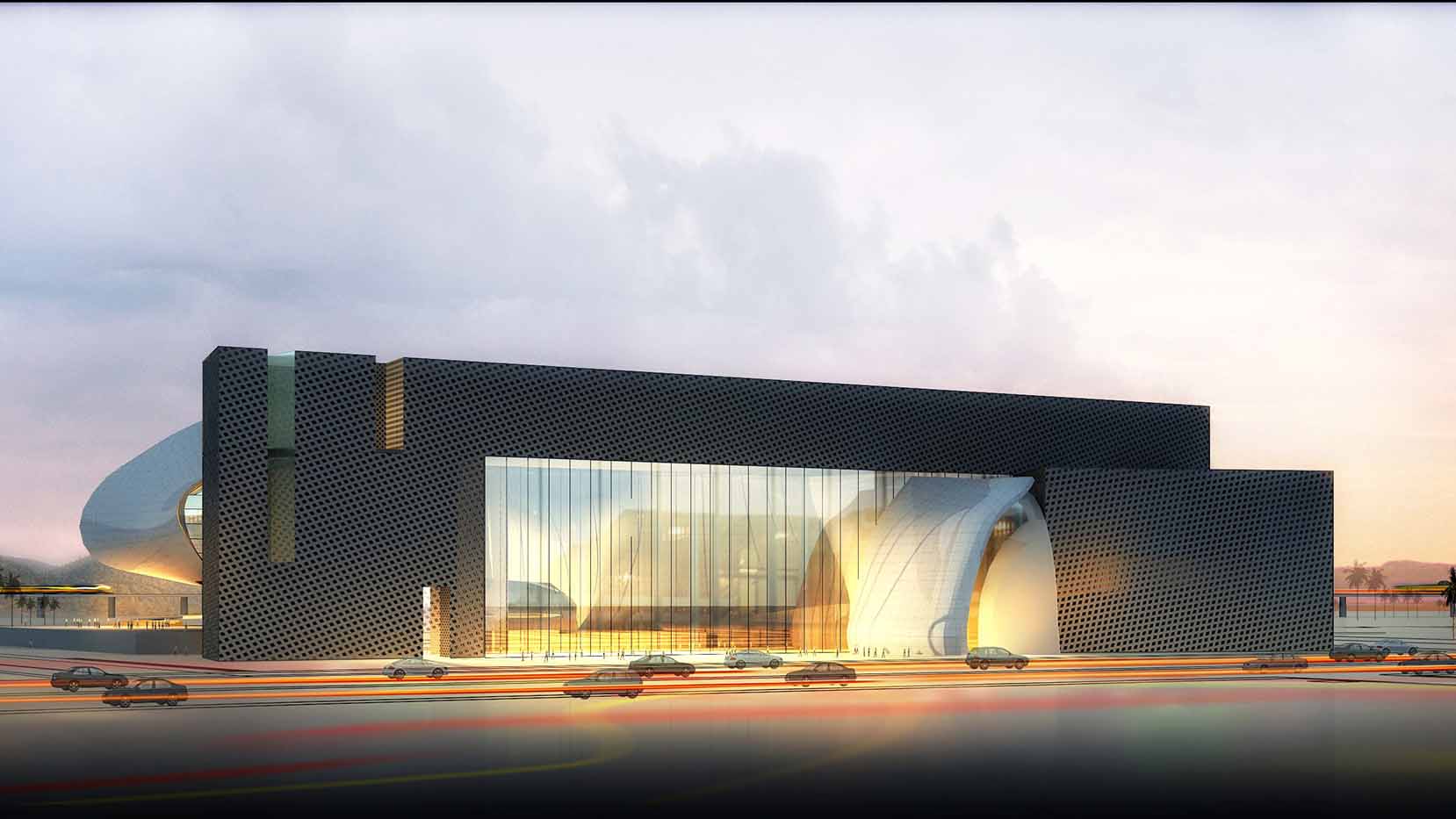 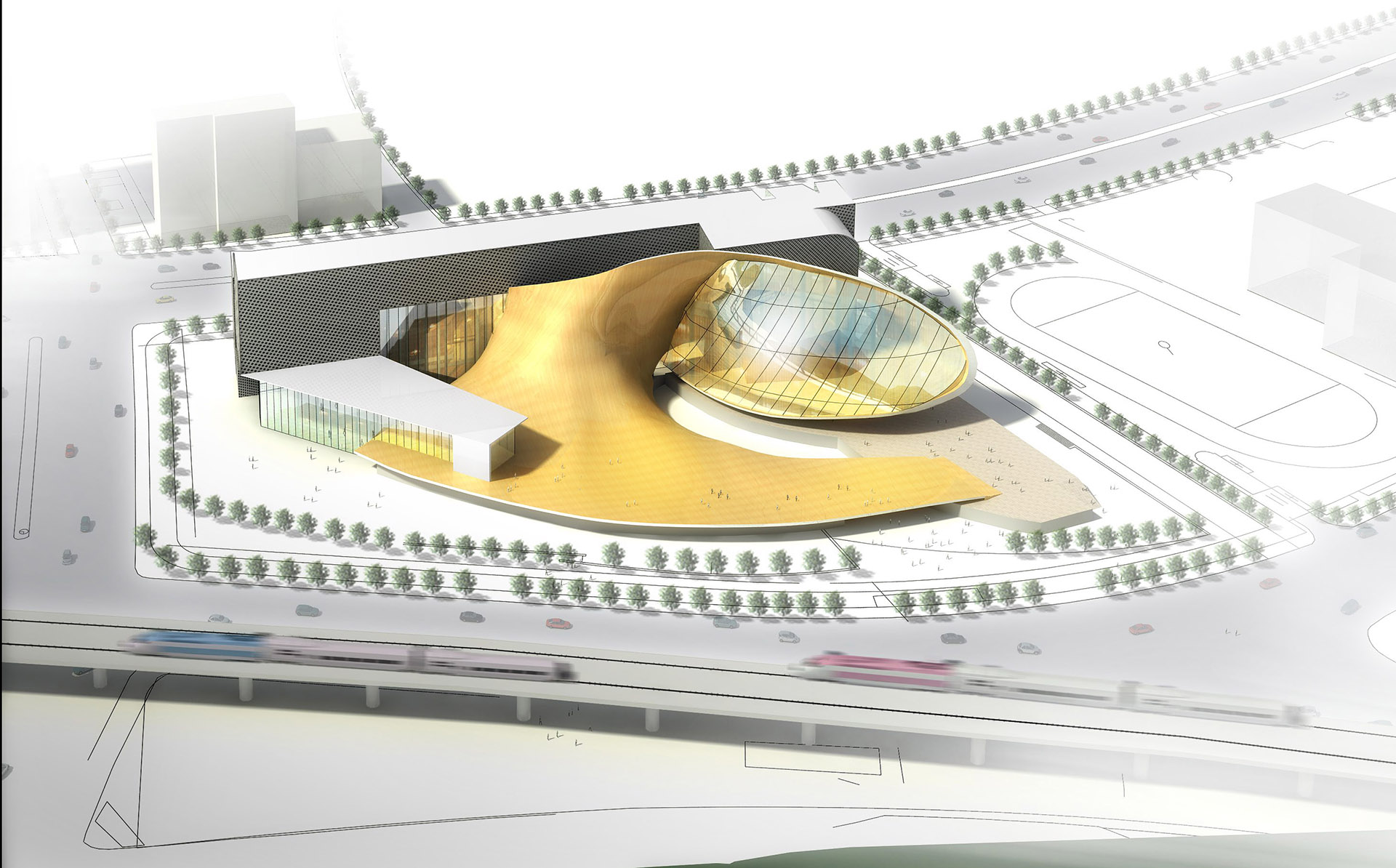 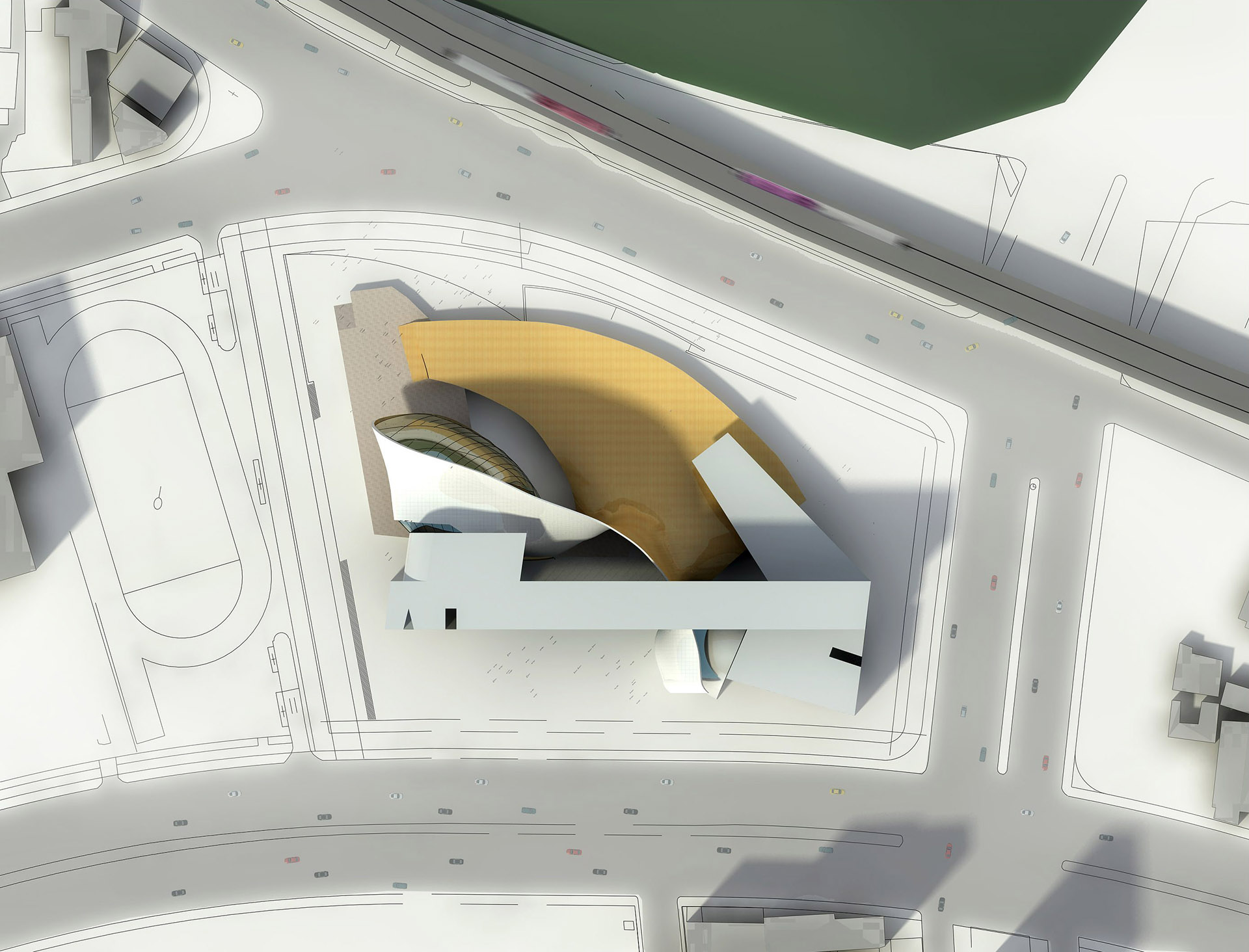 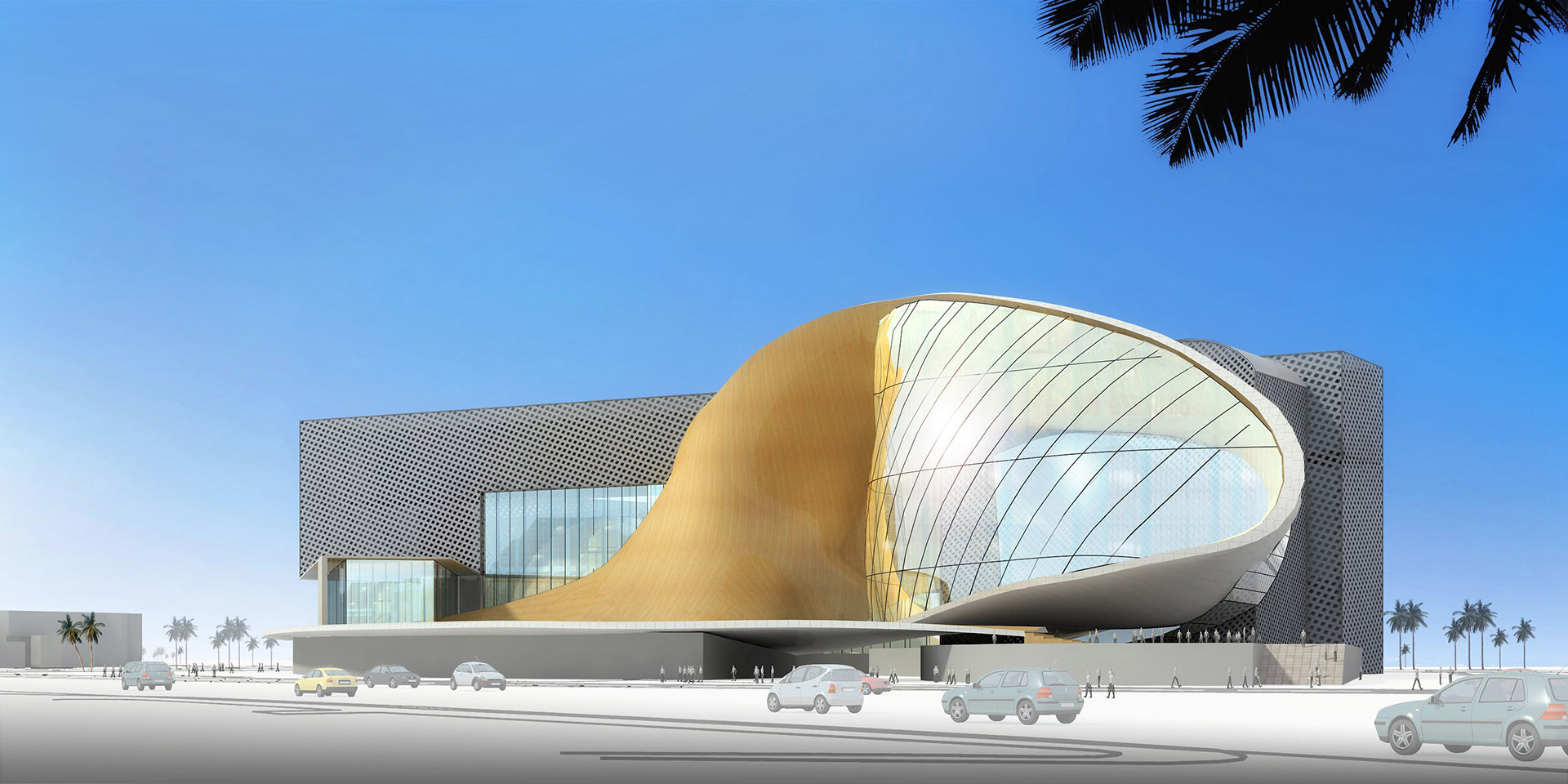 In our proposal, the Taipei Performing Arts Centre (TPAC) is organized around a raised public square that faces the Hill and the main road: This Public multifunctional and above all Civic space intends to settle the significance of the Centre as a people centered Institution.

The project wants to address the expression of duality: of Life and Culture; of Celebration and Dignity; of People and Art.

The main architectural element of the design is a continuous curved structure that embraces the 3 theatres in different attitudes, thus giving a unified and plural image for the whole building complex, like in the works of Oscar Niemeyer.

This structure travels through the whole complex and changes its` function according to its` movement: from roof to shelter and from a square into a Foyer and back into a ceiling: it lets the eyes travel continuously, just like a macro Urban Performance! This main Architectural feature is framed by a Macro-Arch structure that houses the stages, offices and the grand common Foyer and entrances.

The common Foyer is placed at the diagonal line of the plot, creating a through flux of people crisscrossing the area. Together with the opposite transversal pedestrian street of Art Shops` Arcade, that connects to the Underground system and the commercial streets a double diagonal pattern of human flux is brought into the centre and various levels, a fact that will make the TPAC a vibrant human hub.

The theatres and their foyers were installed on the plot according to a system of city grids and in order to relate them back with the system of the centre and with the surrounding urban environment.

At the core of the complex lies an inner square that is partly roofed by the curved structure, in its most impressive turning point. This space is intended to invoke the powerful beauty of nature and light, the mother of all human creativity, and an inspiration for life and the Arts at the TPAC.The raised square at level 8.00 is a space for celebration and festivities. A space for Taipei and its people. A space for spontaneous gathering and memorable open air events. A fourth theater for the TPAC and the city. It faces the natural scenery of the hill and the train line movement.

From this Square it is possible to access directly the common foyer and arrive at the Library, Media centre, Auditoriums and public facilities. The common artists` and rehearsal facilities are located on the bridge structure that frames the city into the TPAC. All the theatres and their backstage have direct lift connection to this bridge area. The dressing and preparation rooms of each theatre are conveniently placed close to the corresponding stage entrance.

Our project intends to offer itself as an Urban Sculpture for Taipei and Taiwan. An icon of this proud and energetic people. It intends to be a structure that wholly understands the urban realm and creates an empathy for Artistic & Social strength in the public and users.