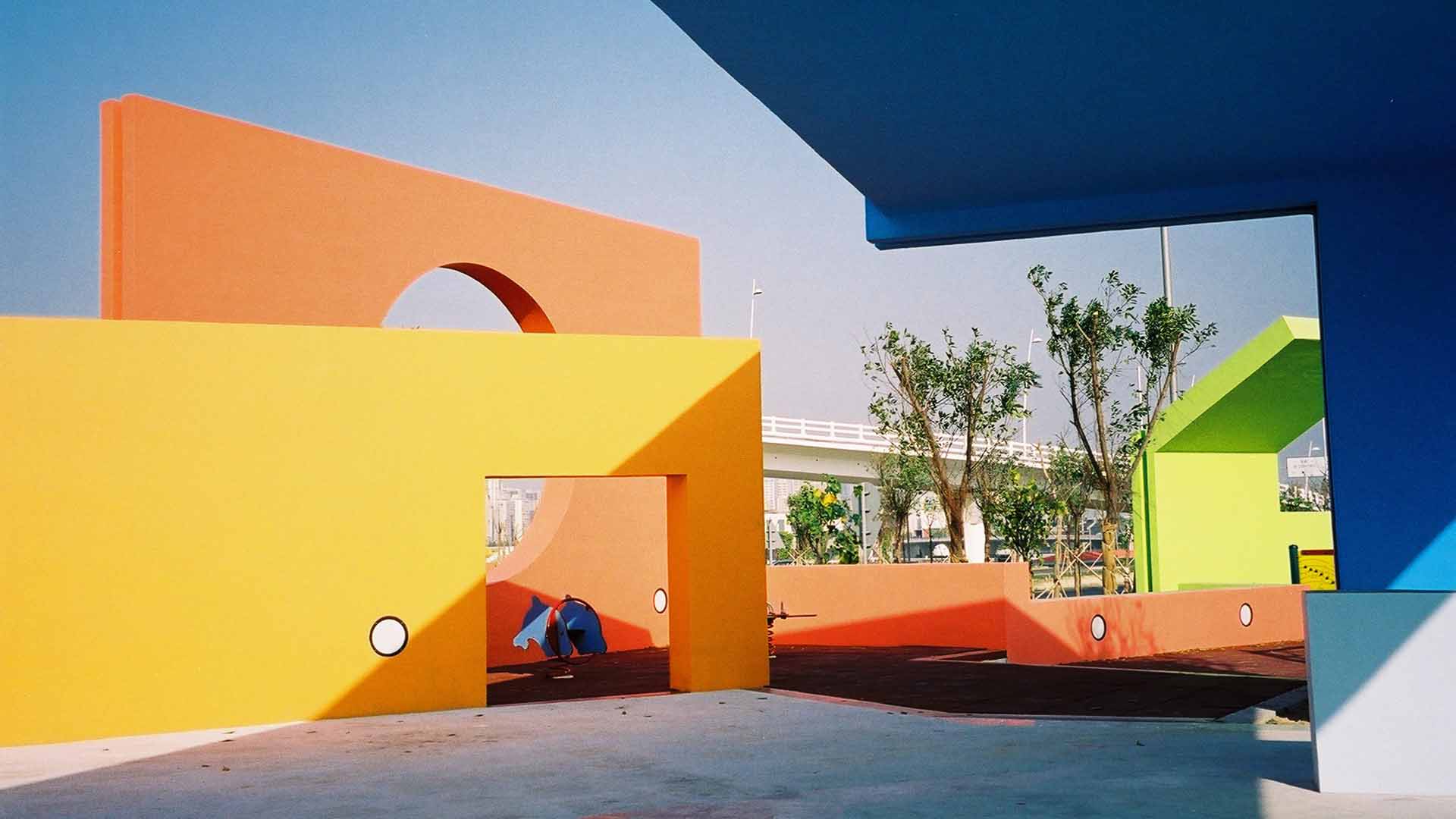 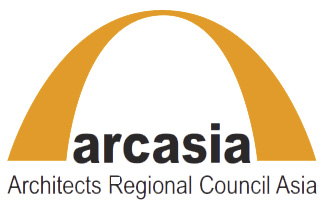 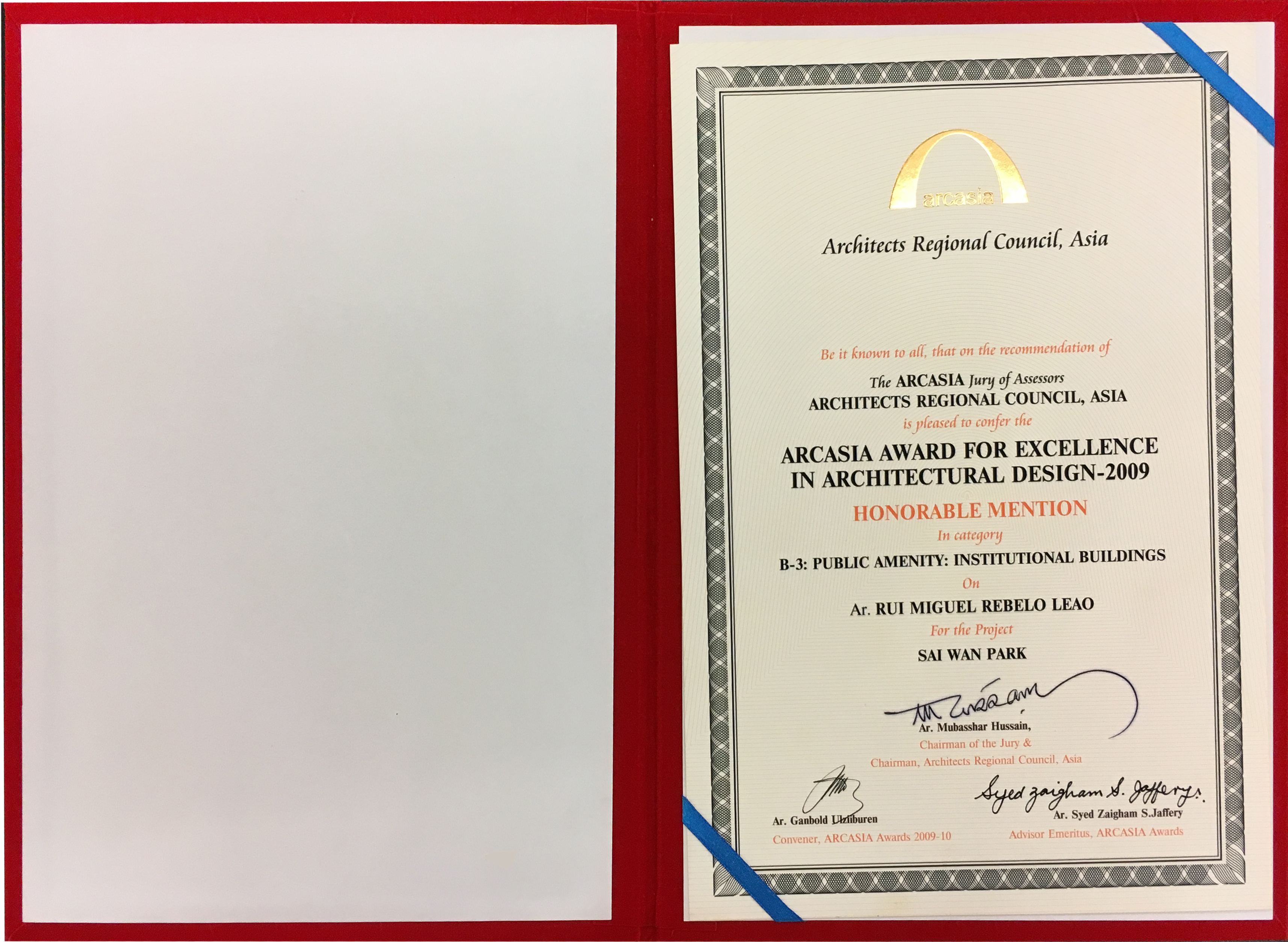 The arrival structures of Sai Van Bridge—the main bridge body and its viaducts—can be found adjacent to Nam Van Square. The bridge is a massive structure with a double tunnel underneath and comes to land on the narrow strip of reclaimed land that separates Sai Van Lake from the river bed. We were commissioned a project involving the beautification of the areas underneath the bridge on the occasion of the visit of the prime minister of China for the fifth anniversary of the handover in 2004. We took this opportunity to expand the design brief and proposed a new type of public facility: a lakeside and riverside park. In the Sai Van Park project, the objective was to transform some five disconnected traffic islands on both sides of the main circular road into a continuous public space. This is achieved through a clever use of sections. Again, we used a reverse strategy of the unlevelled spaces in Portuguese maritime cities: we created our connection through the buildup of topography over flat land.

When we were commissioned the design, the road arrangement was already concluded and built, therefore we decided that the best strategy for connecting all traffic islands was to locate the main longitudinal promenades on both sides of the plot—both on the side of the lake and that of the river—and to conquer the areas of the traffic islands working from the outside in. One of this project’s constraints was the reduced size of the design area. In response, we lowered the lakeside promenade to the base of the revetment, thus availing ourselves of all the revetment area, and transformed it into a sloped garden with ramps. From the road level, we smoothly grew a man-made topography in order to achieve adequate separation from the traffic network and sufficient height to allow for a pedestrian overpass to connect to the other side of the park, along the river.

The second constraint was the sheer mass of the bridge infrastructure, which we incorporated into our design using the techniques learned in Nam Van Square. We used the flyovers as shading devices, and we grew a topography against the main bridge body to minimise the effect of its impact on the ground.

In the case of Sai Van Park, we were using the section technique in connection with “making” land in order to create several levels of usage and to separate pedestrian leisure areas from the traffic coming off  the bridge. It is apparent in this project that the section has become a strategy to effectively separate different kinds of flux to achieve a complex public space that exceeded the expectations of the contract. The man-made topography also reflects a volume placement strategy, although in this case the, volumes are used not for the space within but for the space of their surface area.

We realized that in our urban projects, the design of people’s flow and three dimensional connections are a design strategy we use these to overcome the inevitable conflicts of a congested environment. We availed ourselves of techniques from Portuguese urbanism, combined with our observations of neighboring Hong Kong, to propose alternatives. But unlike the example of our neighbor city our own perspective on logistic management of people’s flow and traffic flow in an urban setting combines functionality with the spatial design of the connectors. 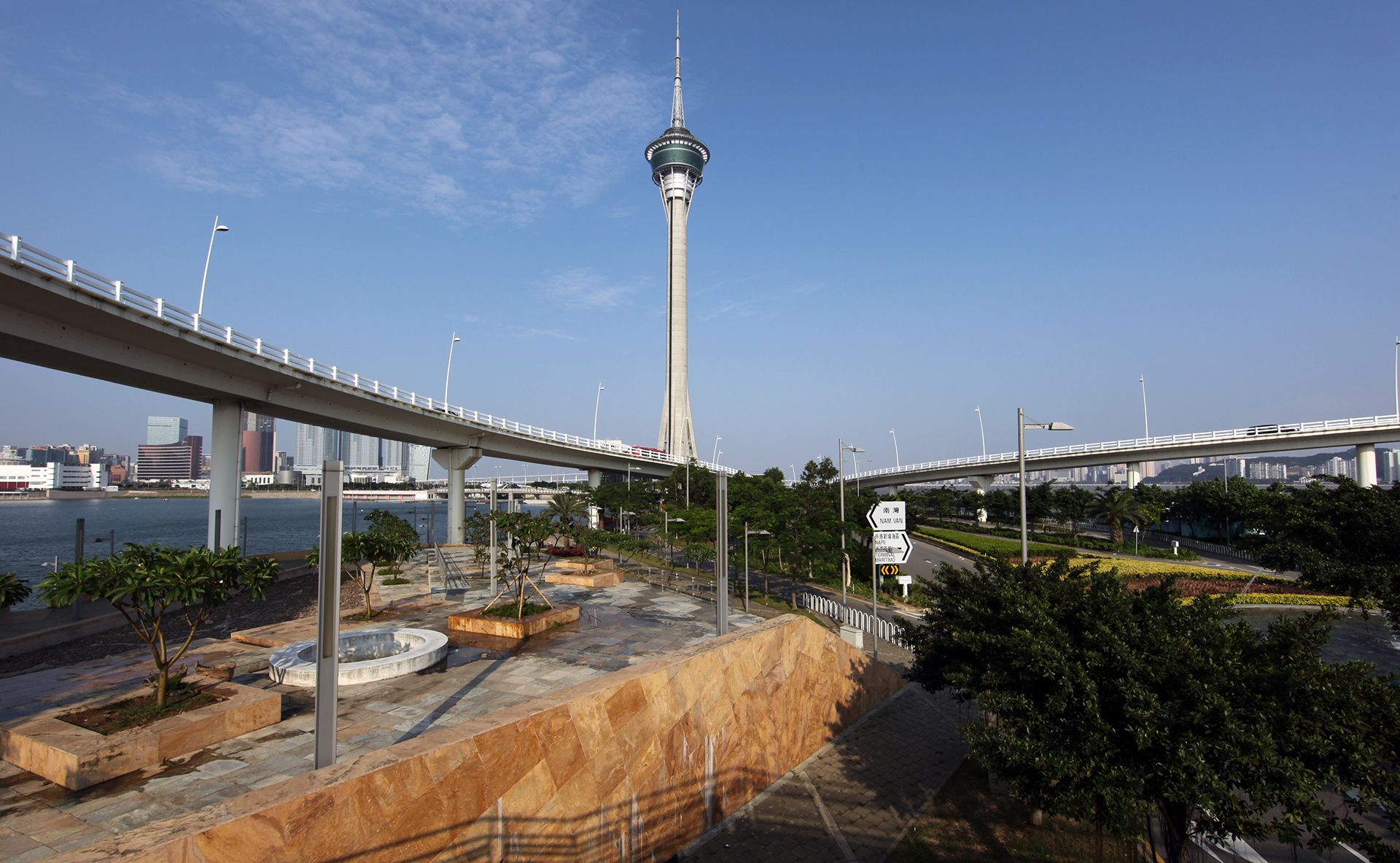 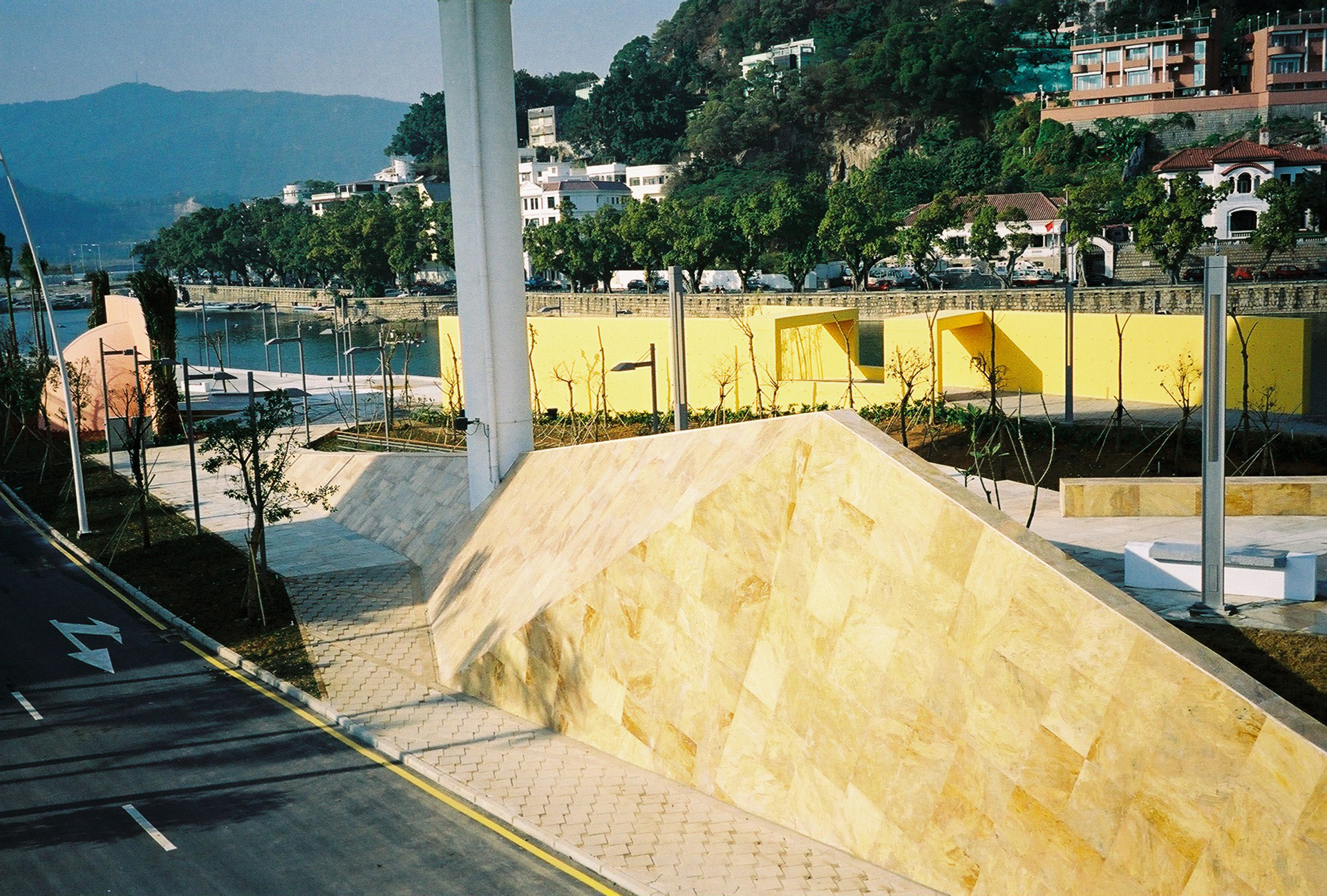 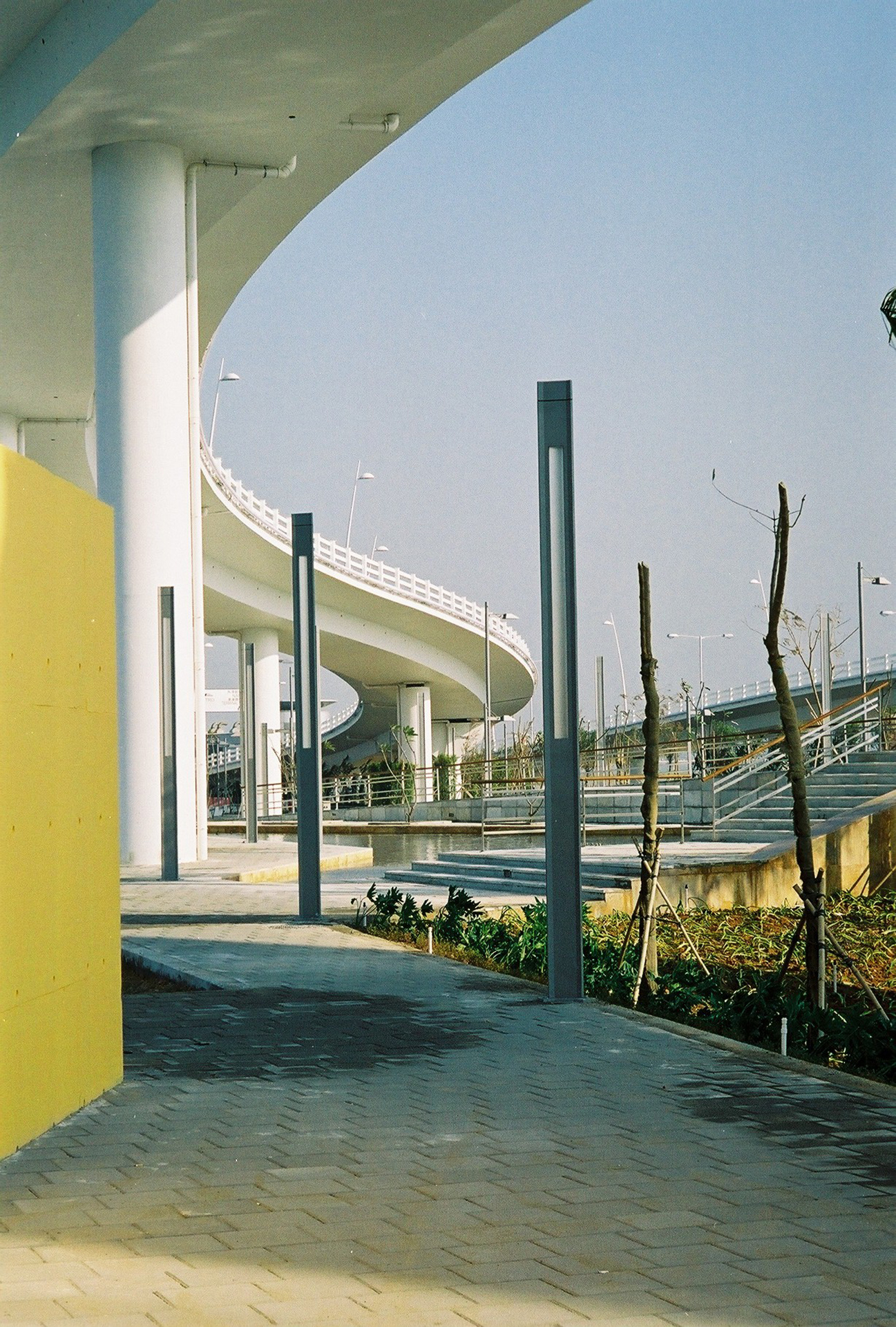 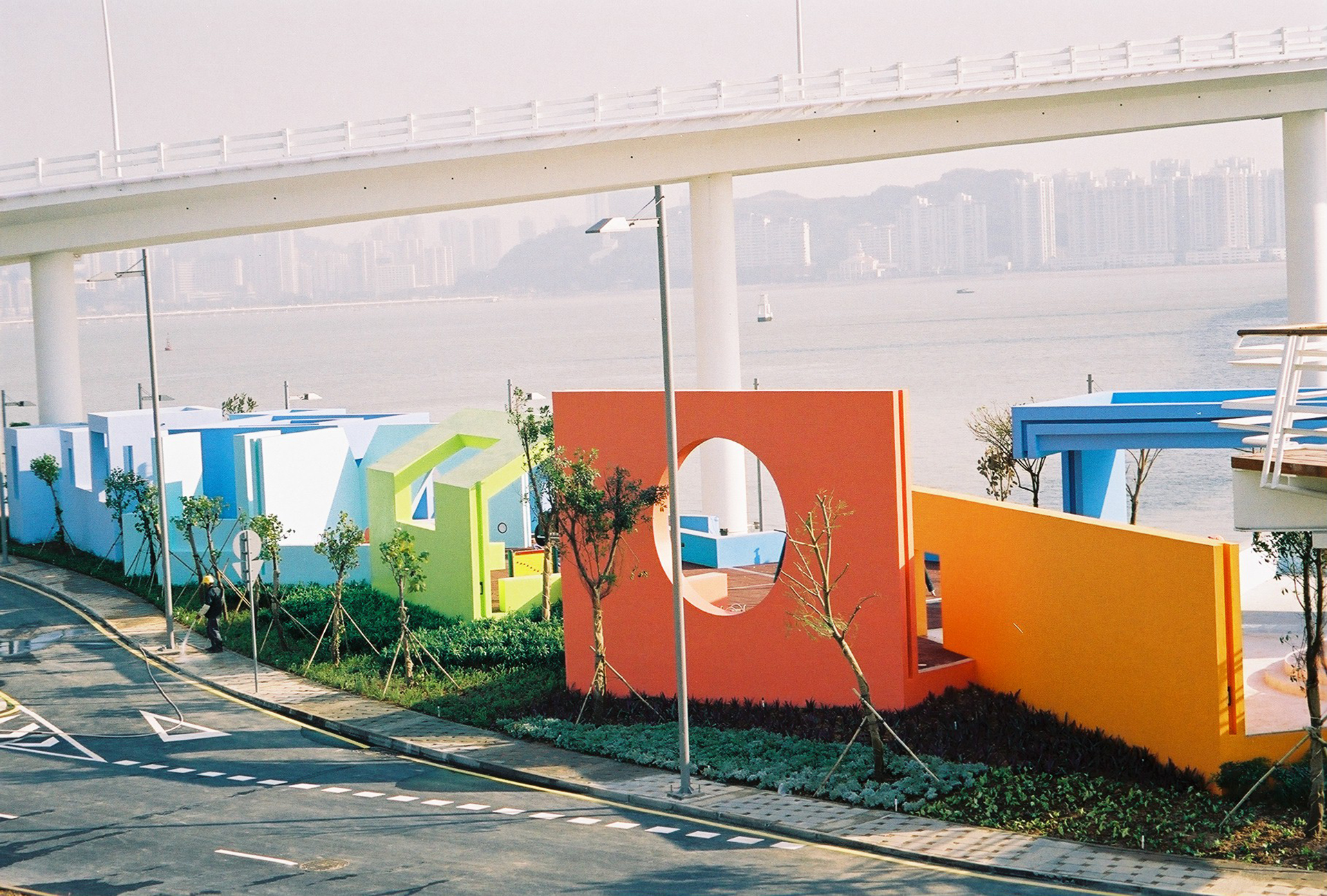 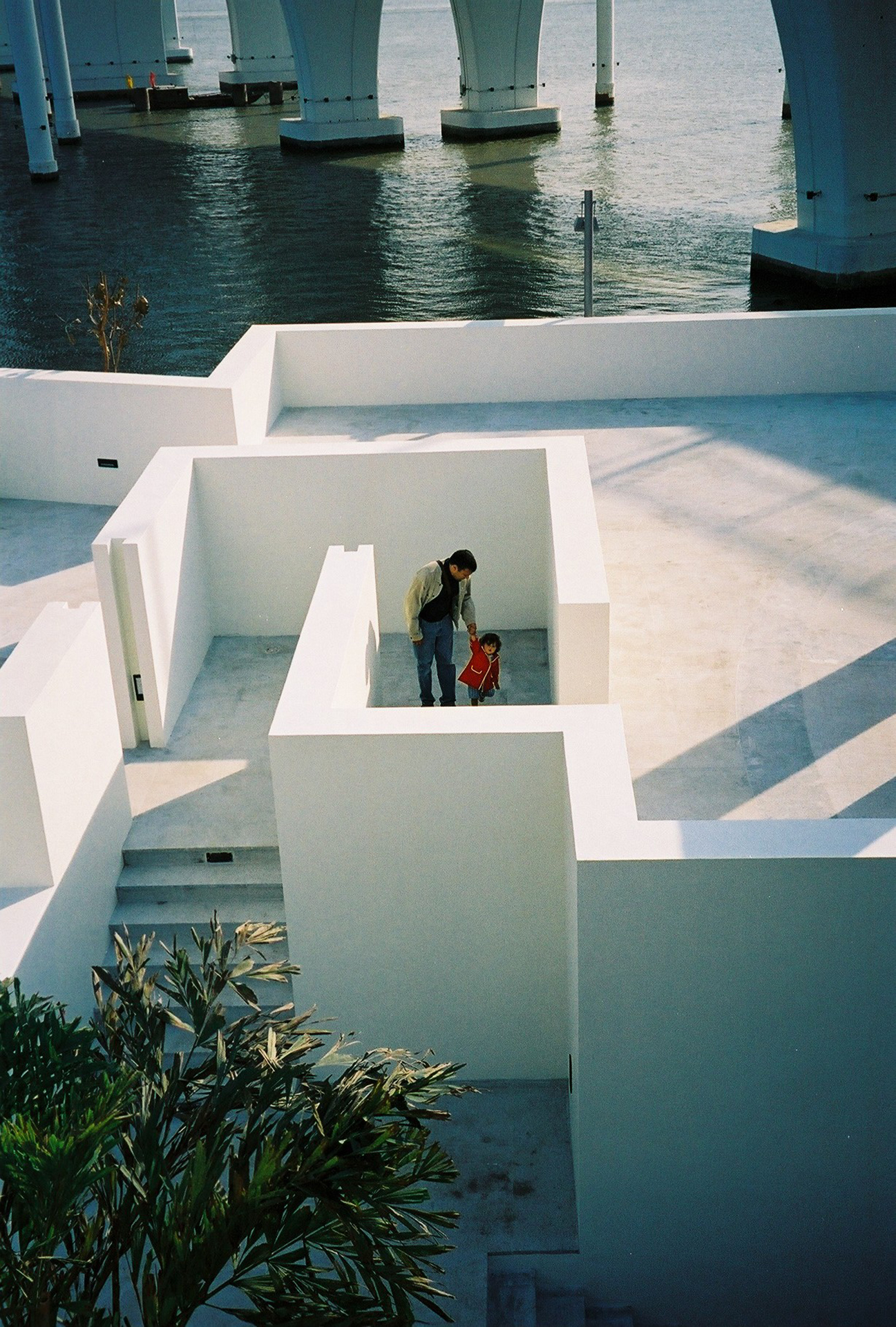 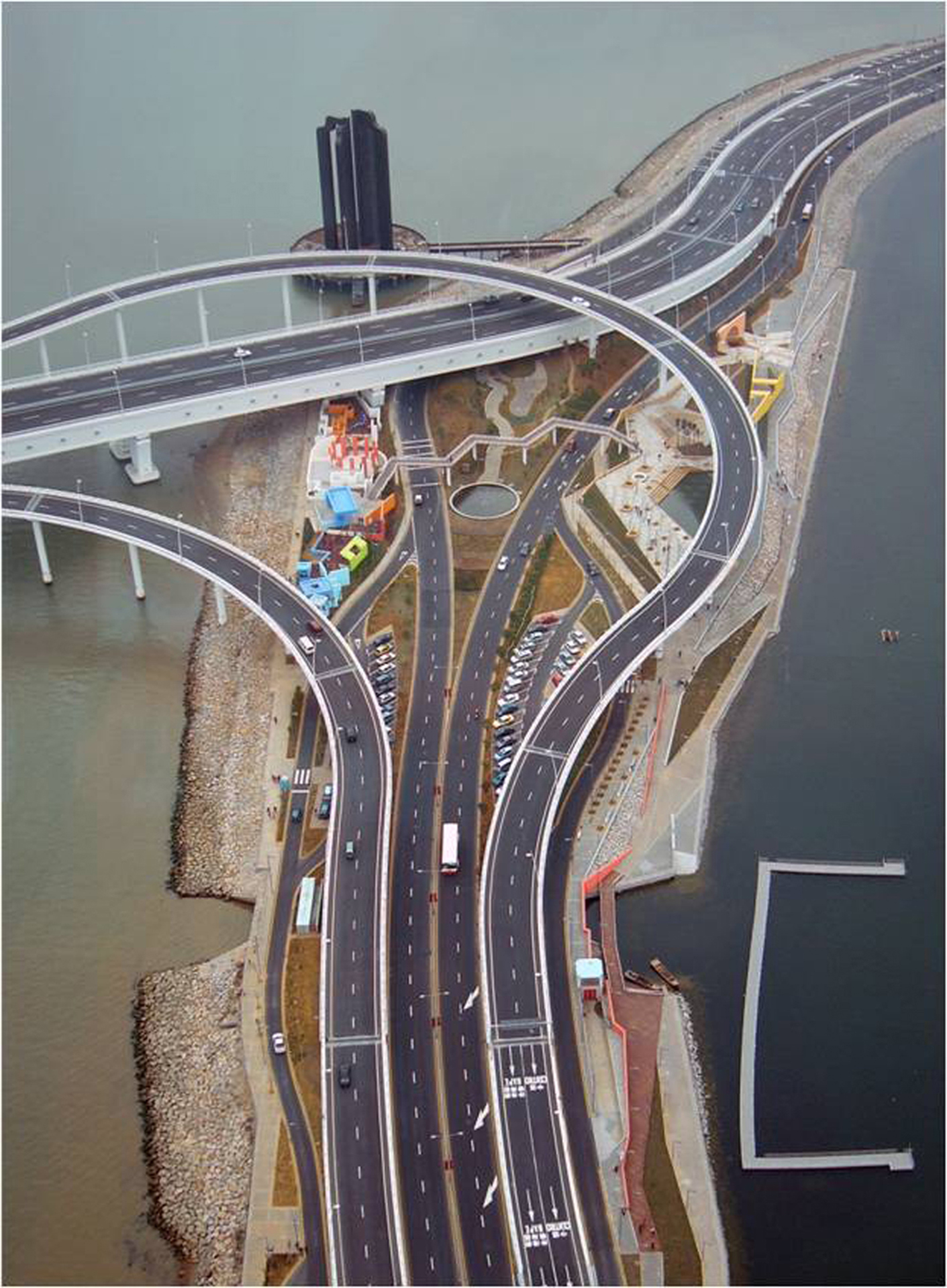 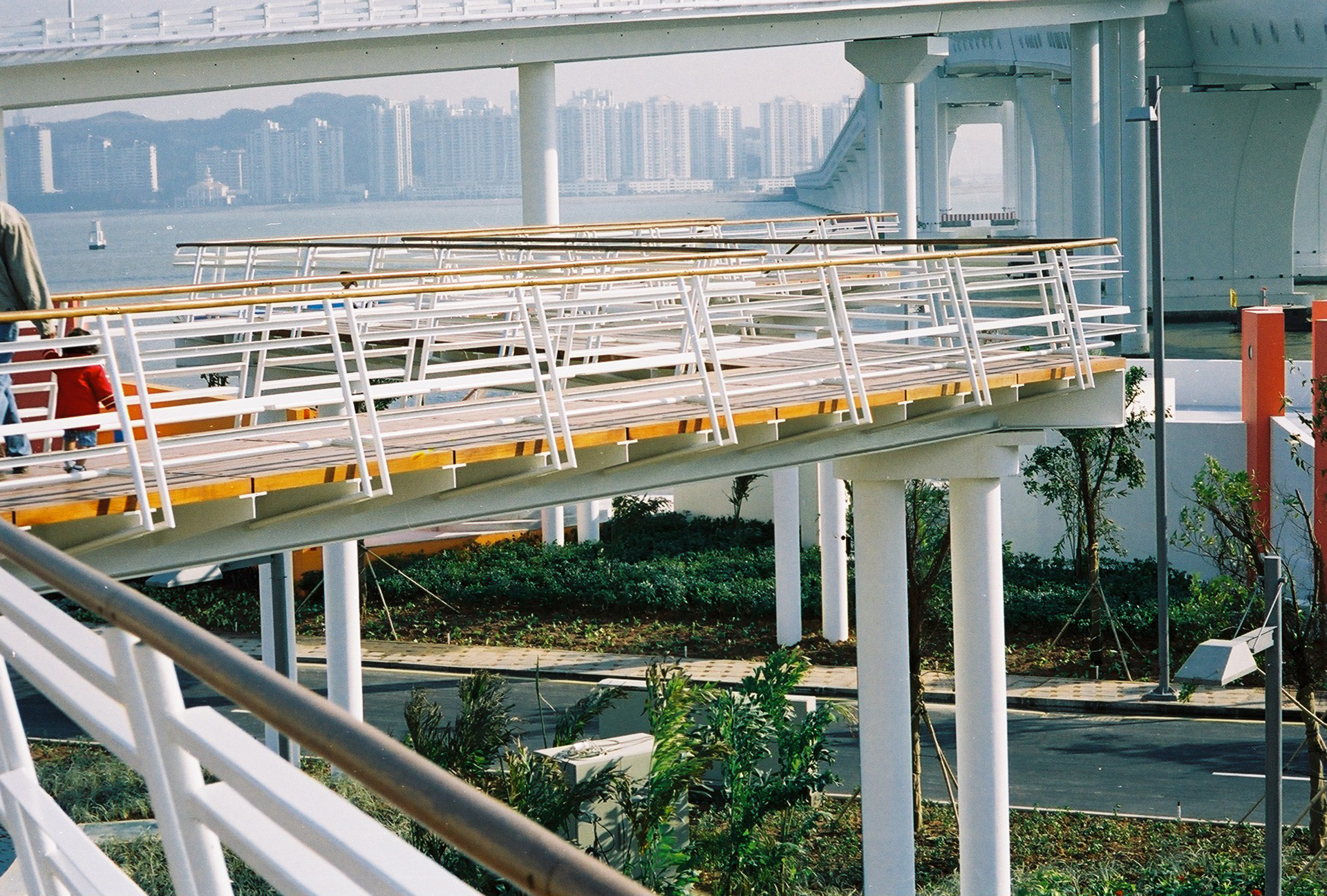 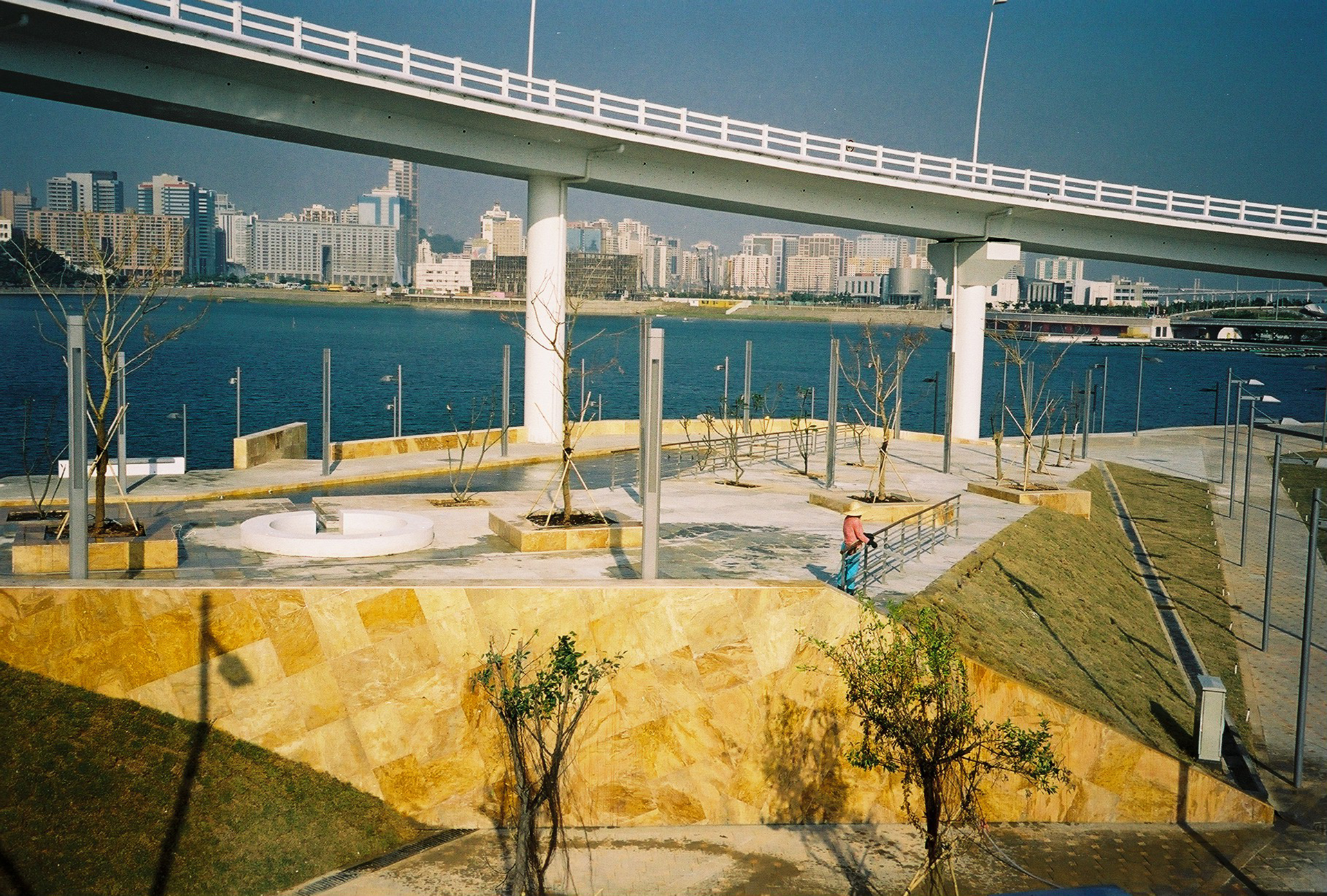 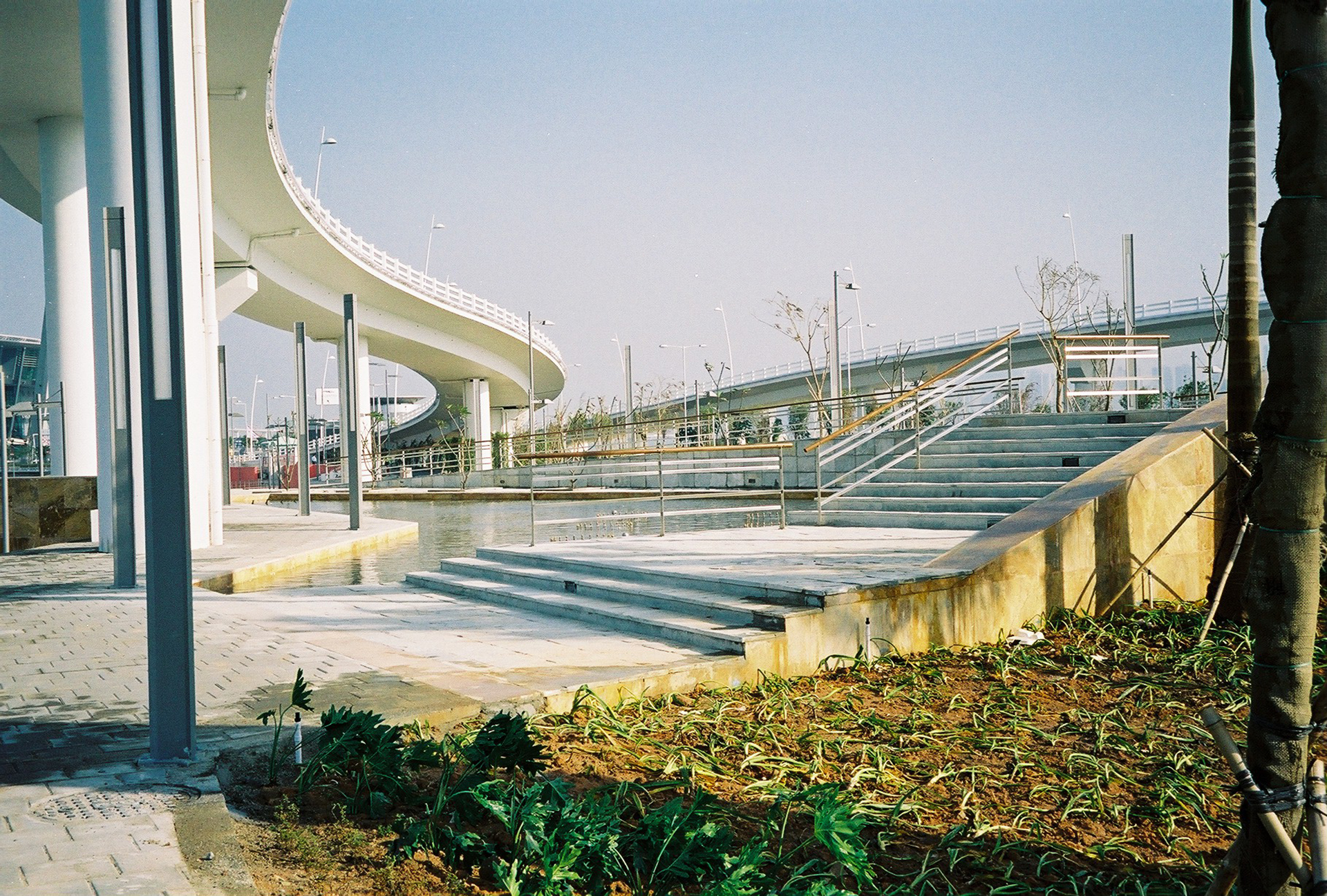 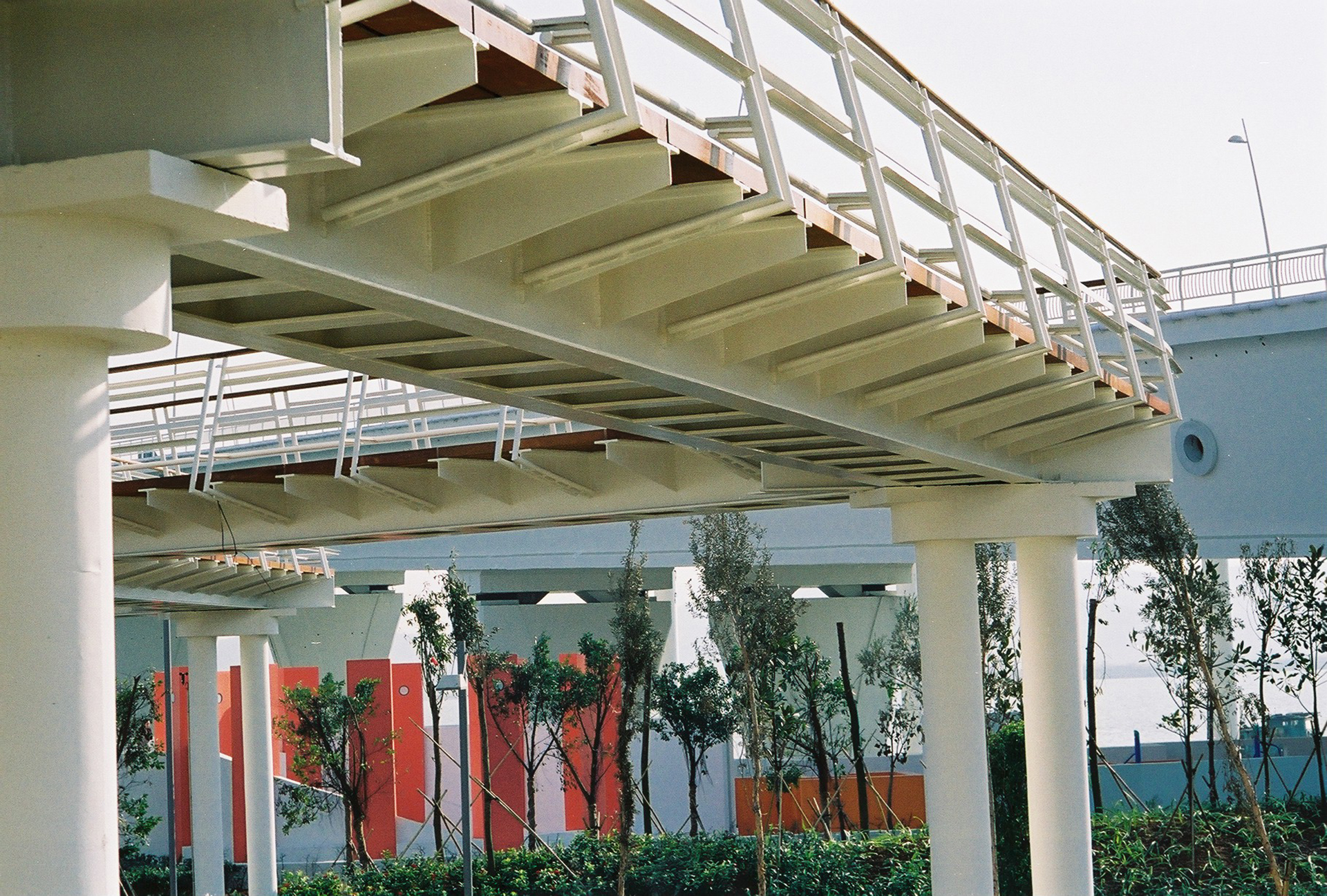 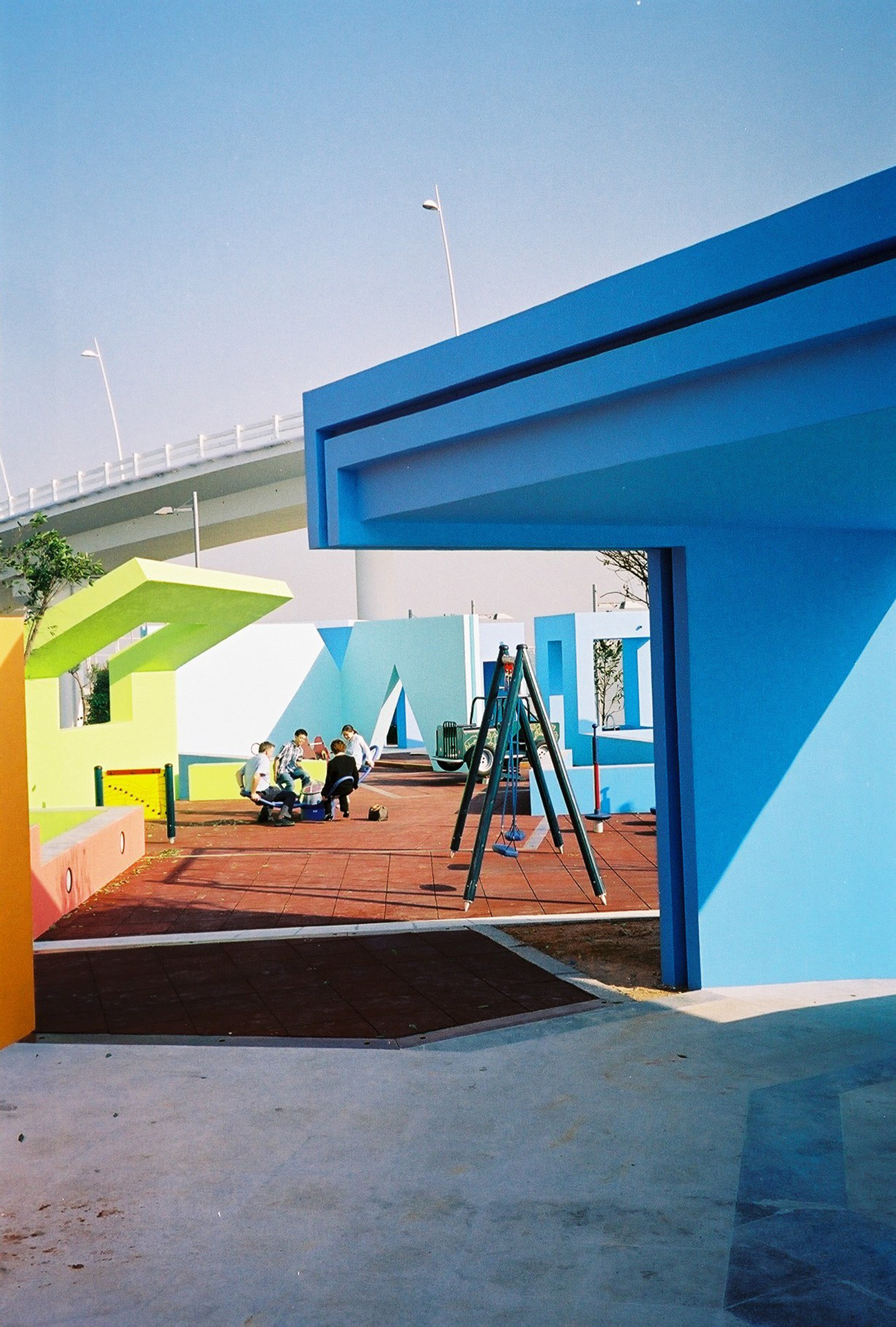 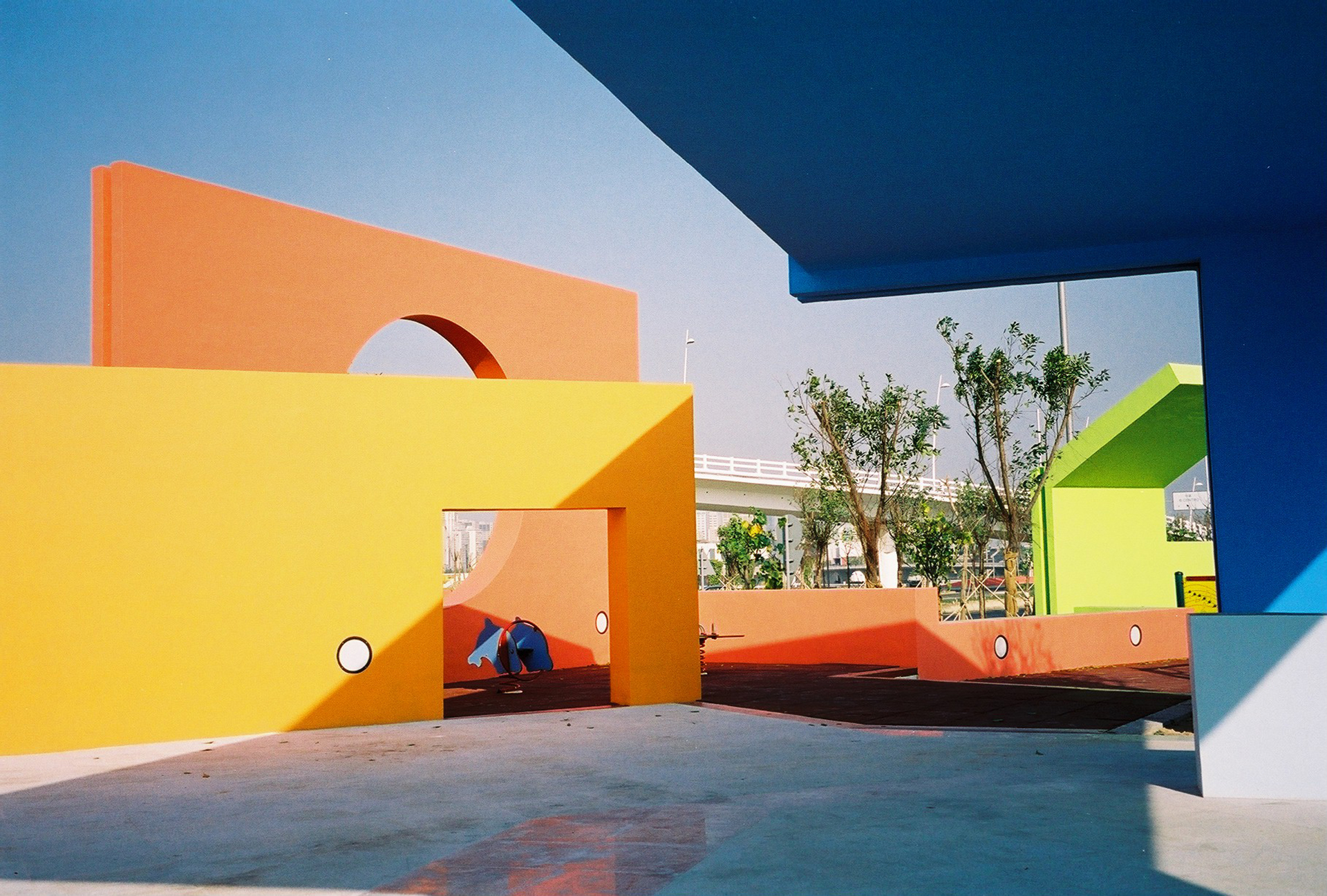 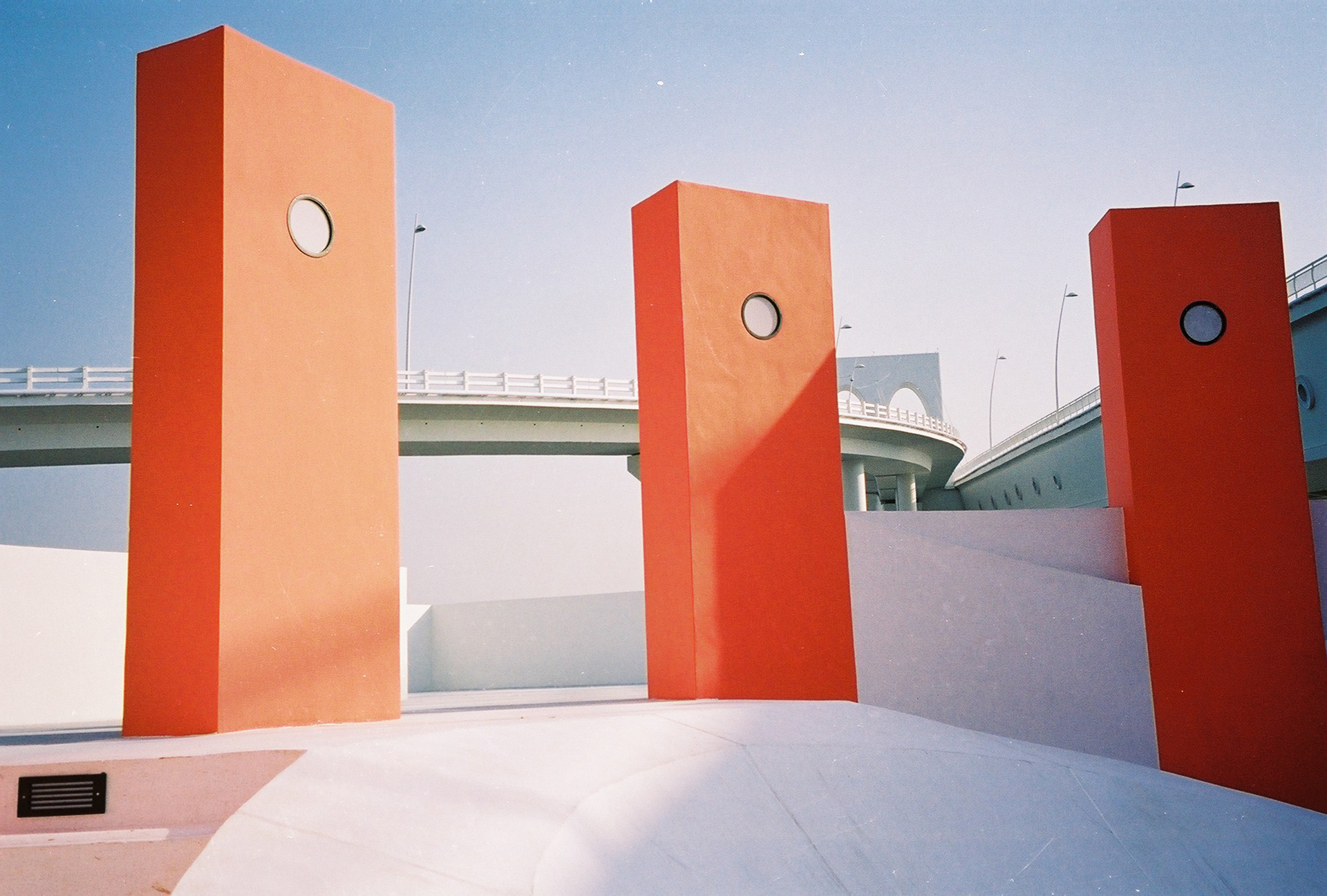 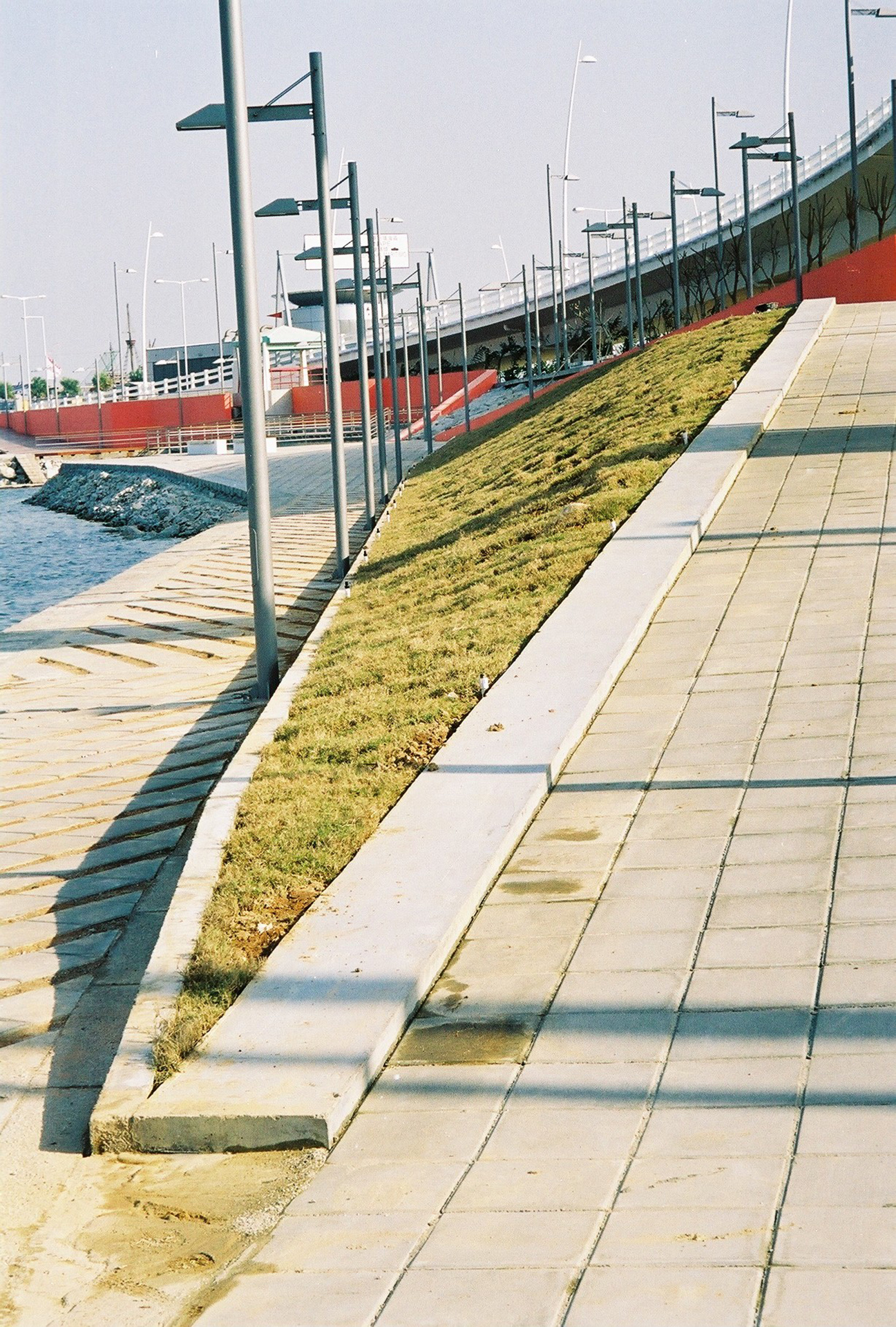 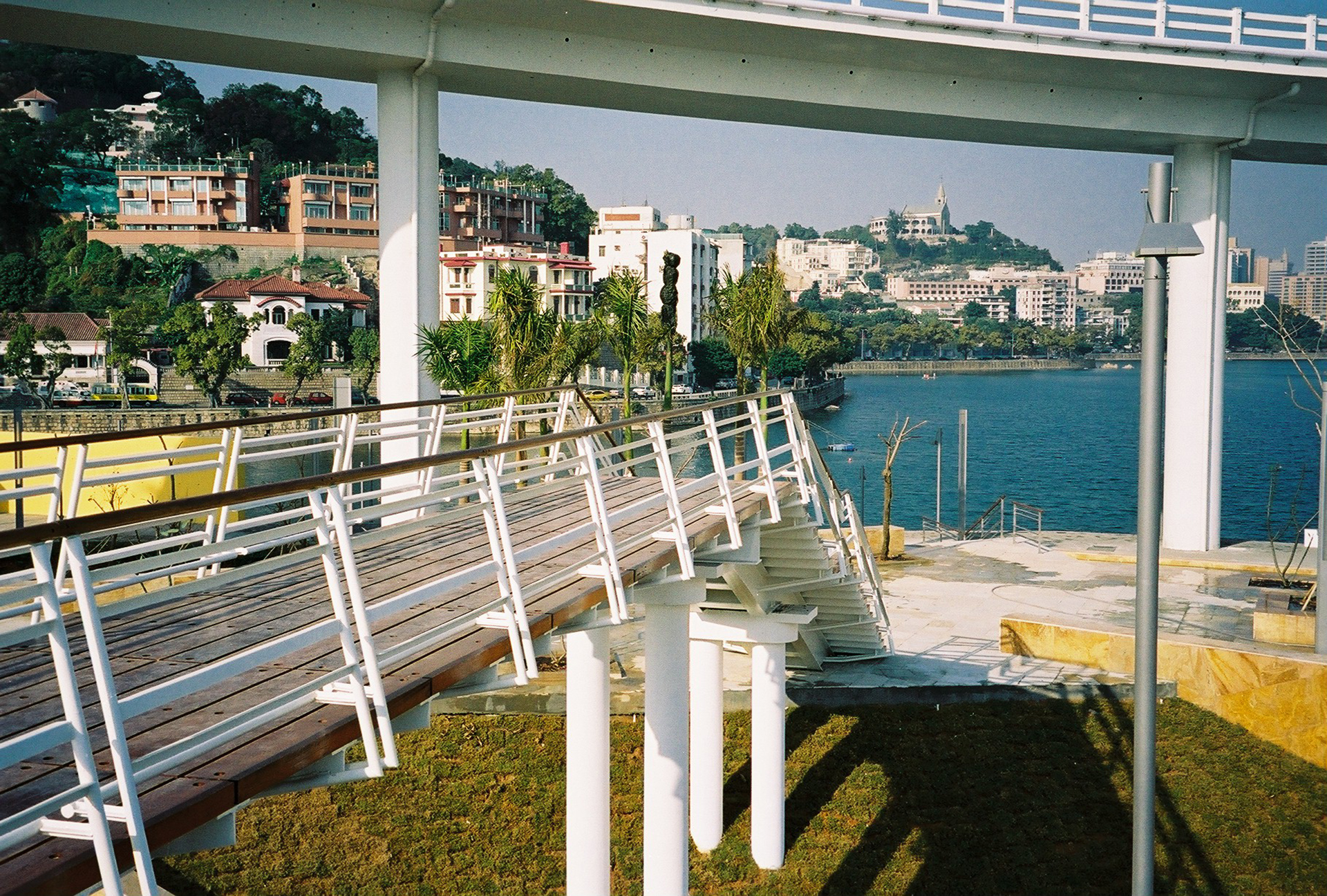 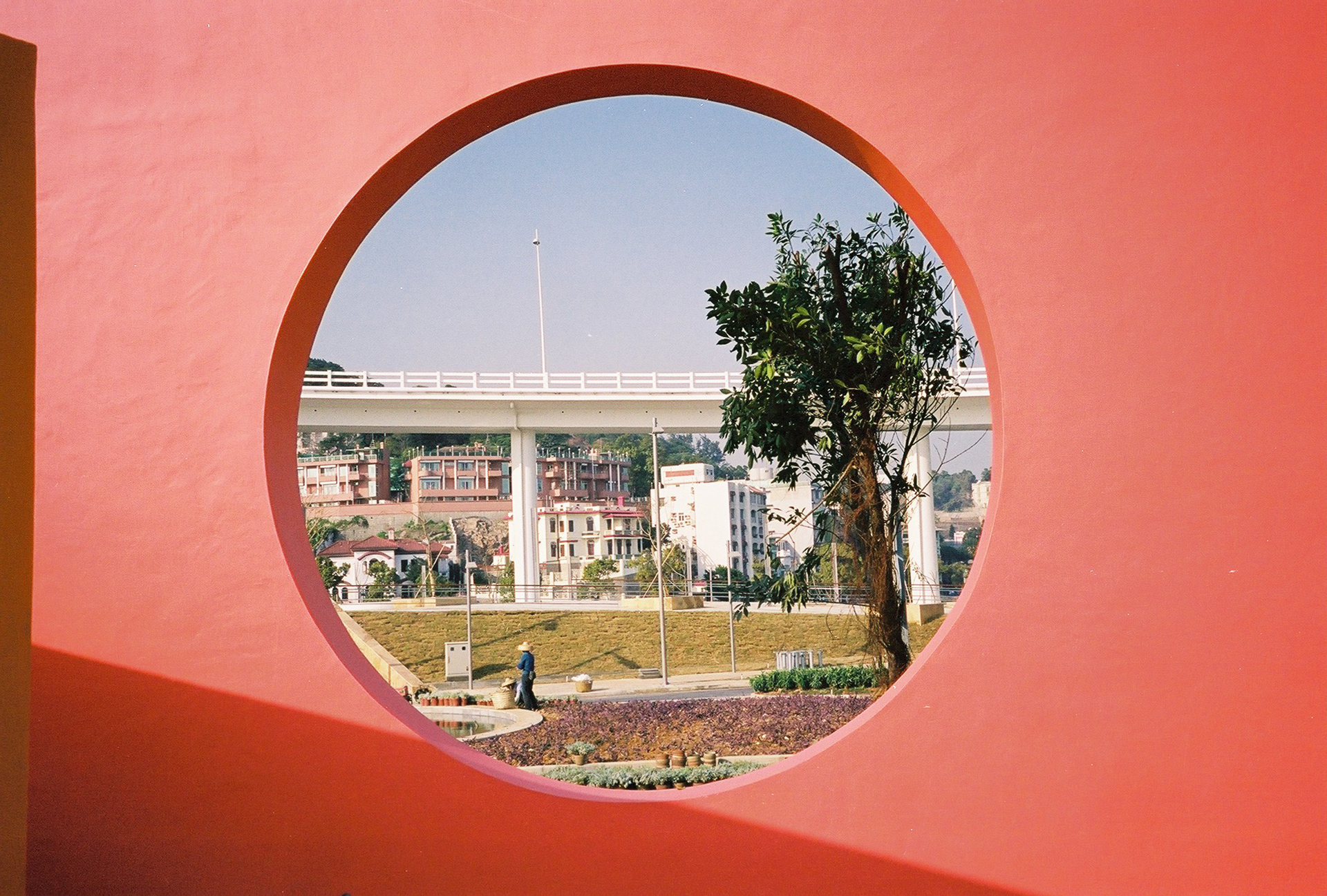 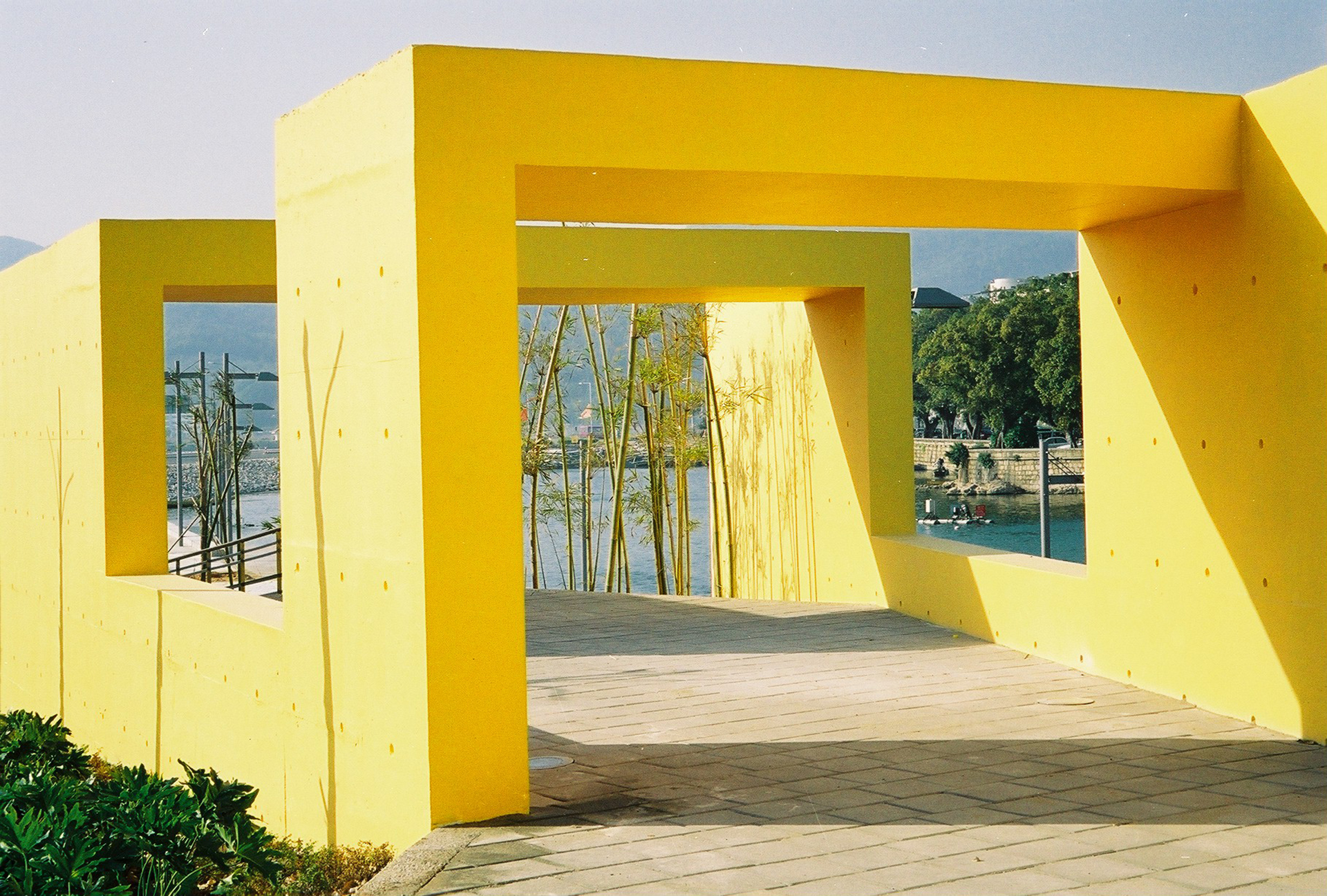 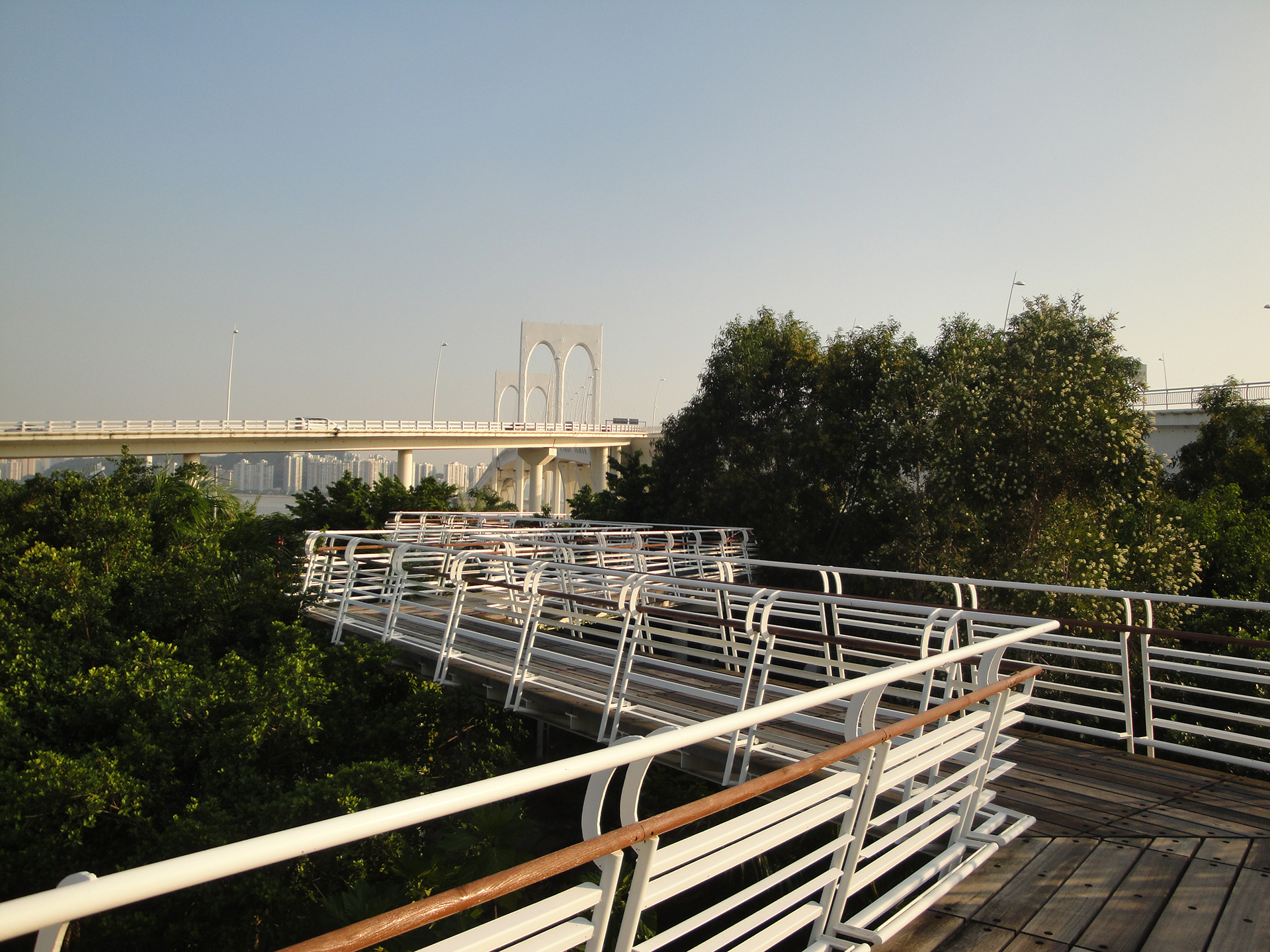 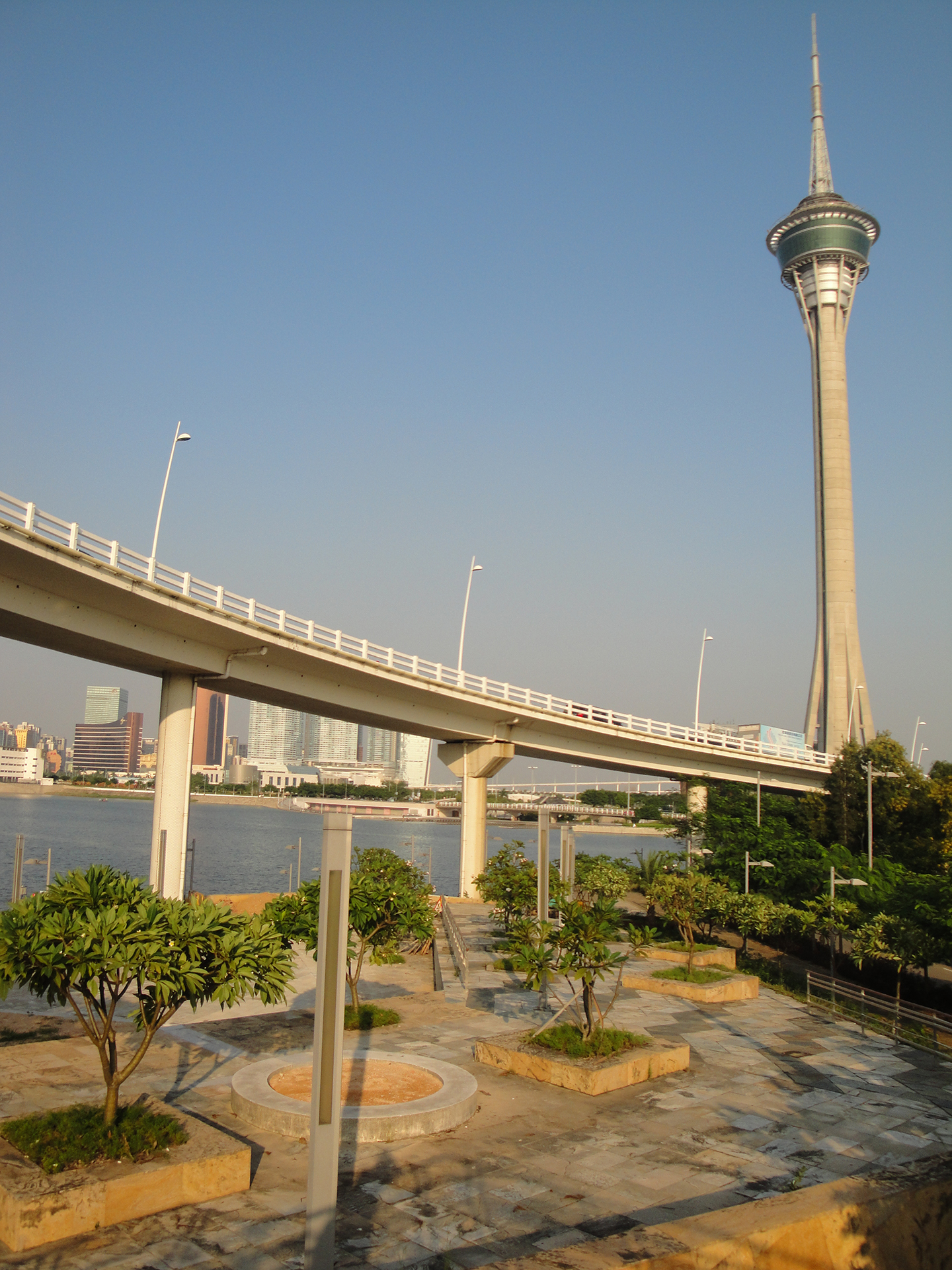 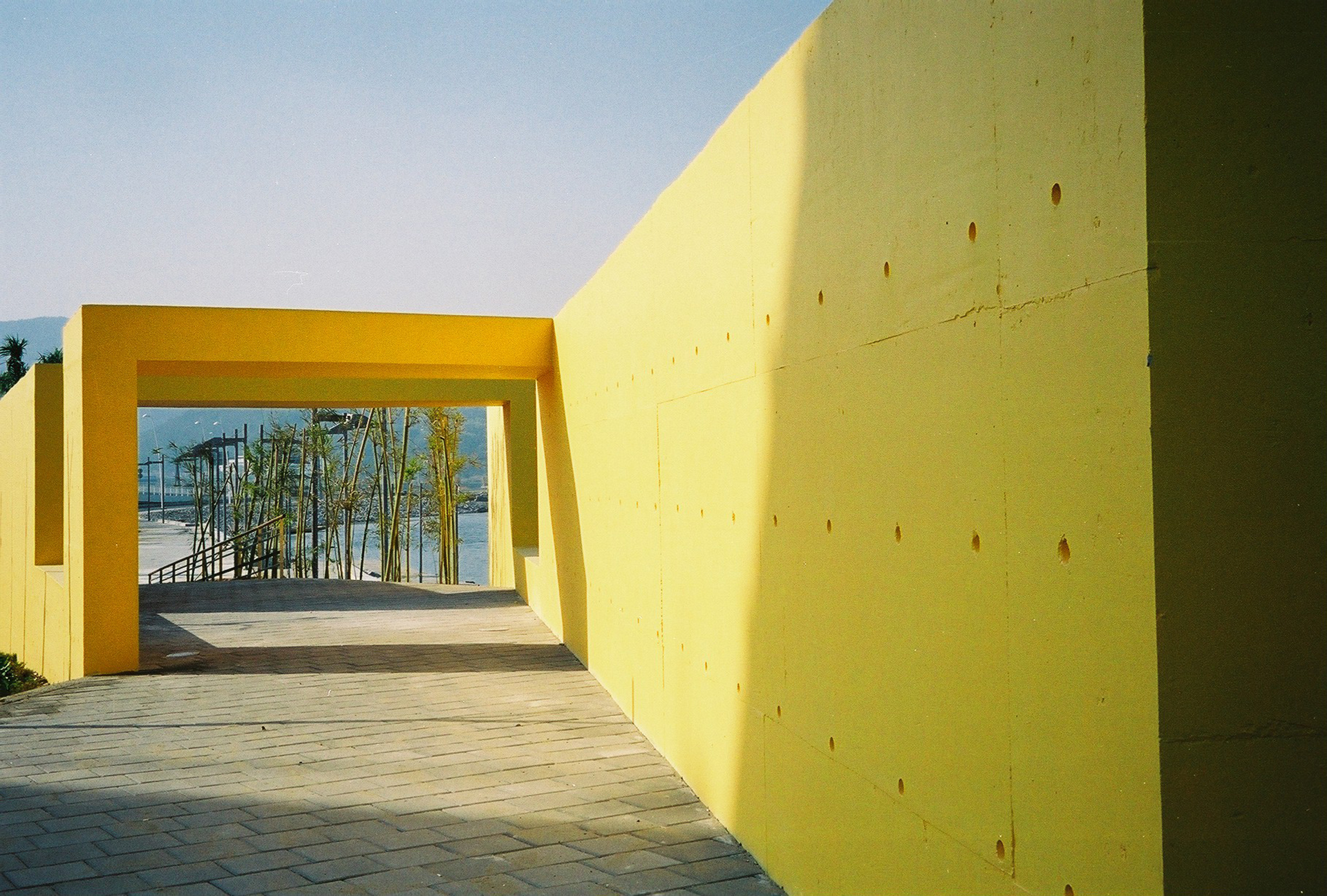 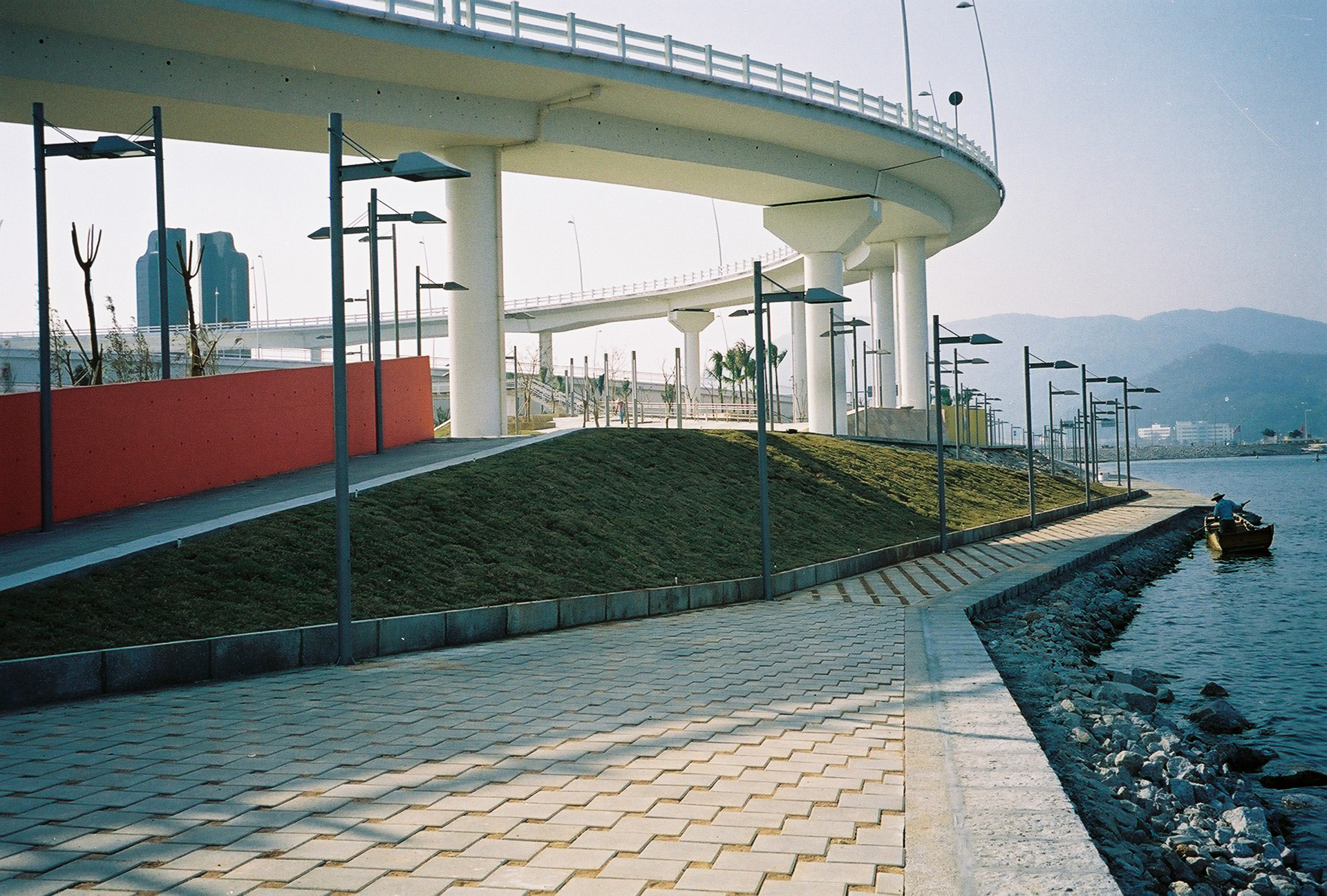 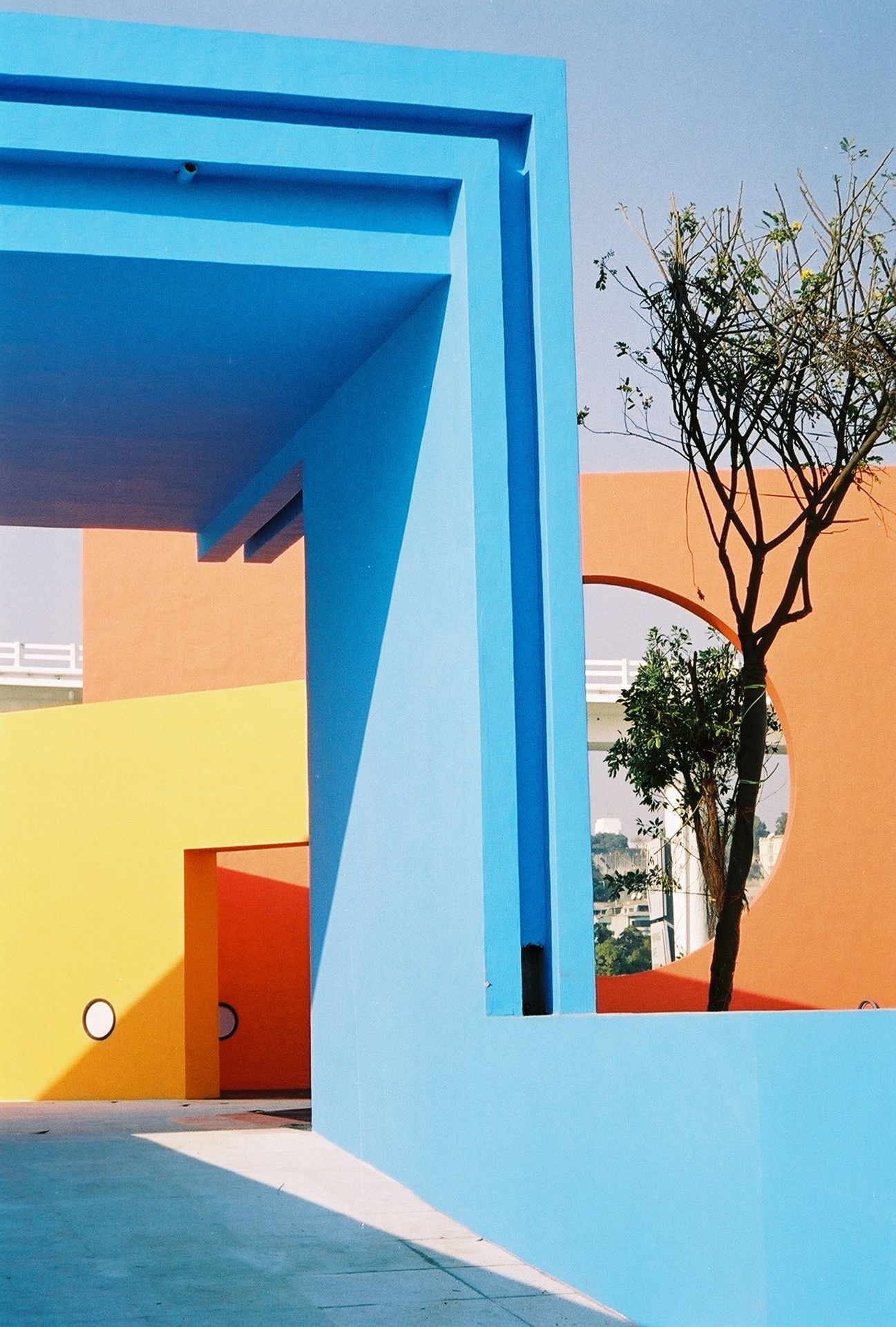 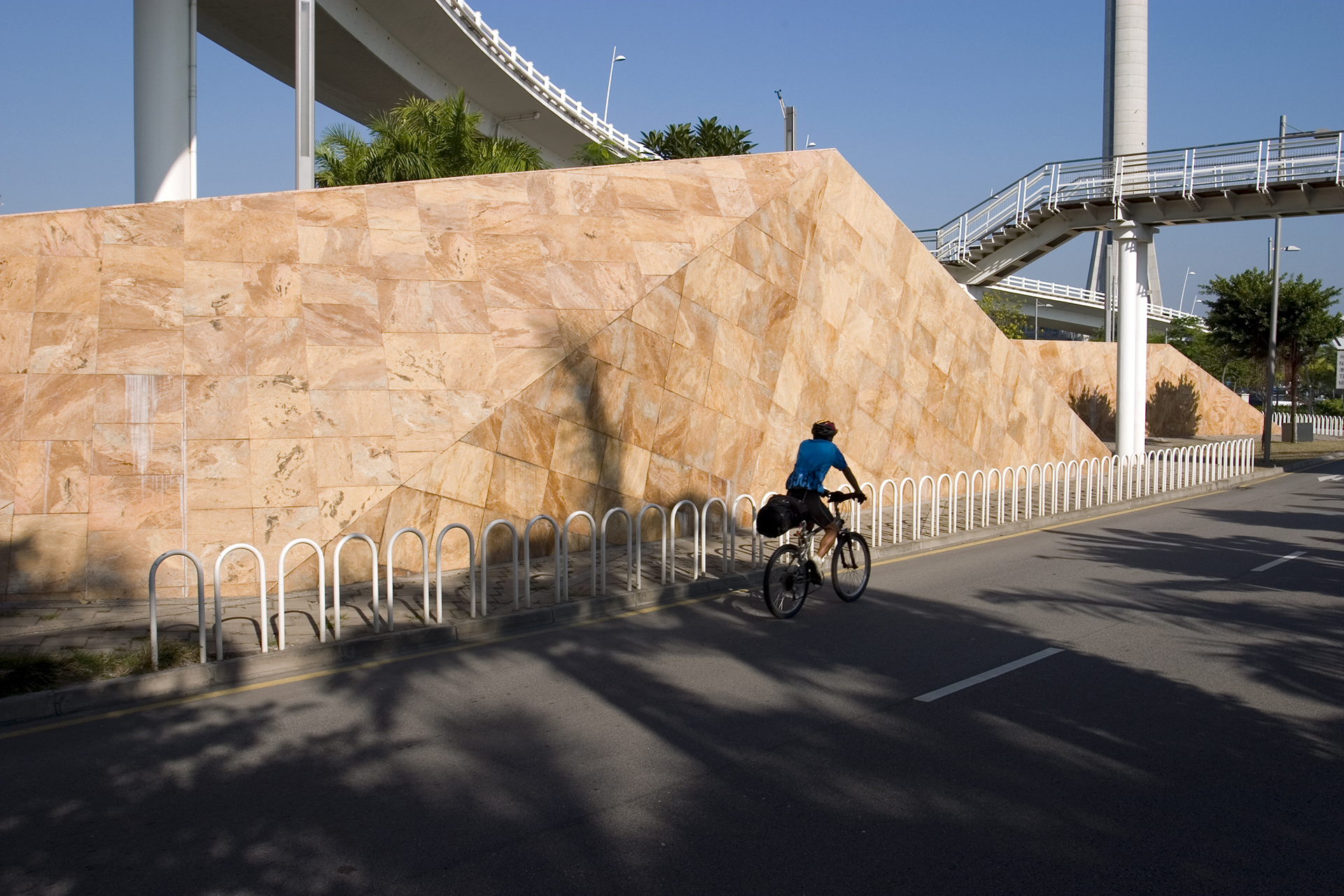 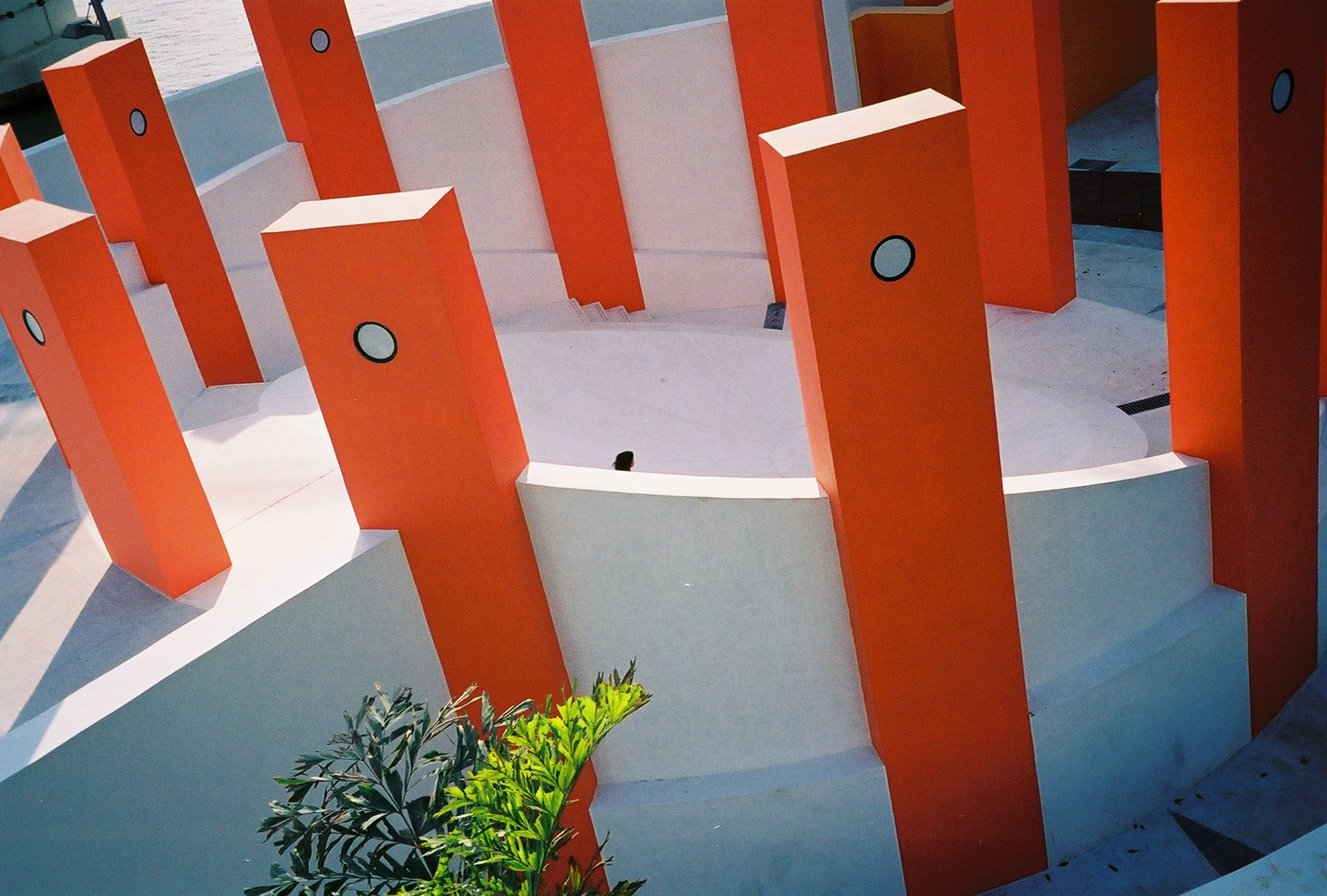 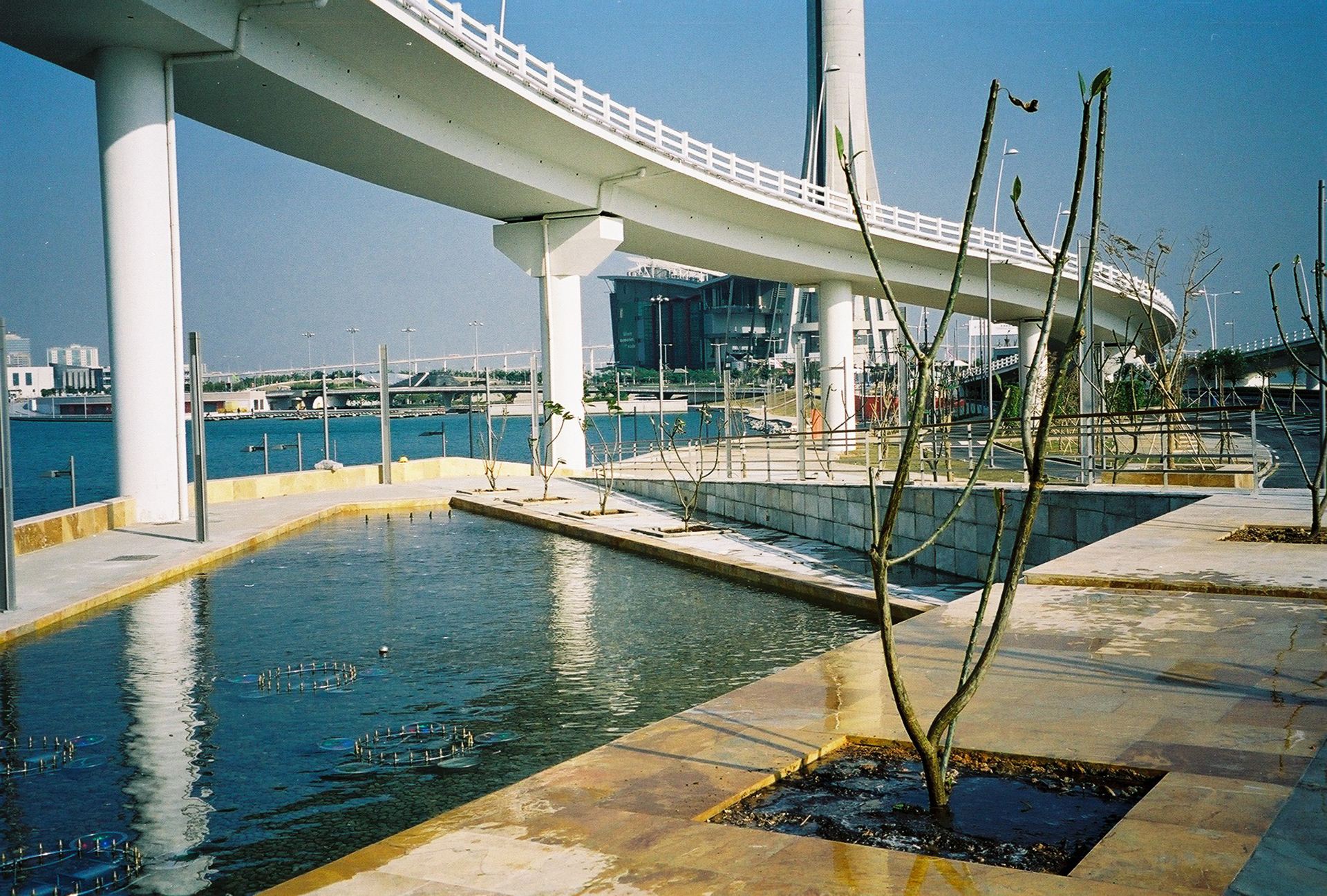