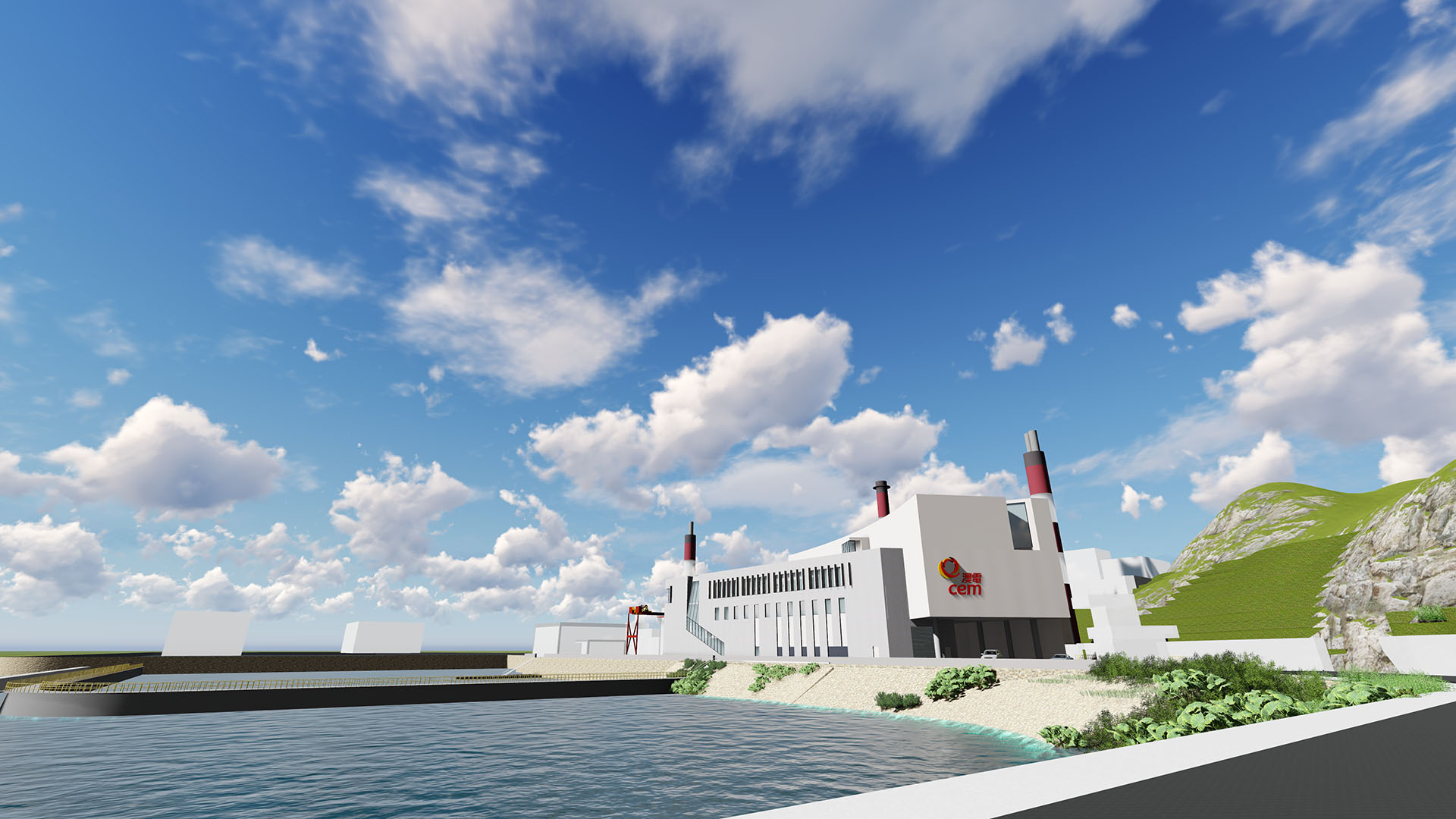 The site for the new CEM Dispatch Centre is located on the CEM Coloane Power plant, next to the entrance gate. The site is on an alignment of small buildings that form a first row of built forms that confront to the water edge. A second row of larger buildings comprising the older Generators is separated by the main road of the plant.
The location of the NDC building is critical to the power plant complex and its public image as it will be the building that defines the front and entrance of the complex. For that reason, we developed a design that intends to both set a new architectural theme and integrate with the site planning context.
The proximity to the water is a quality of the site that should be enhanced by the building. Our design addresses that by making a set of important spaces dialogue with the water landscape. Even though the water is on the back of the building, the main hall and exhibition hall are facing the water. The detail design might include a door to the North façade (facing the water) if the client intends to improve the waterfront walkway of the complex in the future.

Due to the depth of the site and the character of the surrounding environment, the design took the option of organizing the building around a central courtyard.
The program is thus distributed on two volumes that conform the dispatch building.
The North facing volume faces the outer landscape of COTAI and the Power plant entrance. It was defined as a three level building with regular openings with the intent of integrating with the simplicity of the Power plant architecture and planning.
The South facing volume is located along the main road and has four levels. It is mostly raised off the ground, allowing views to the central courtyard from the main road. The southern volume traces a curve that creates a welcoming gesture form the complex gate towards the plants main road.
The two volumes meet on the west ern part of the plot, where the Dispatch centre Control Room is located, which is where the program articulation requires a deeper section.

To the West, the two curves of the two volumes form an eye-shaped courtyard where the main entrance and guest entrance are located. 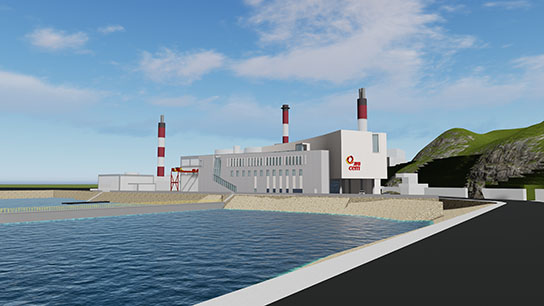 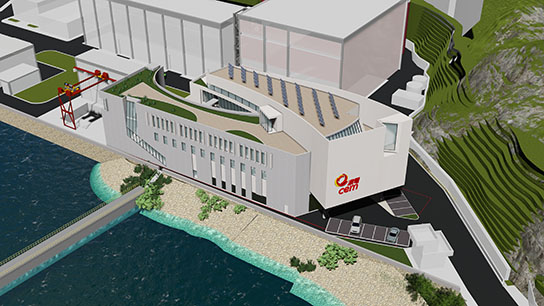 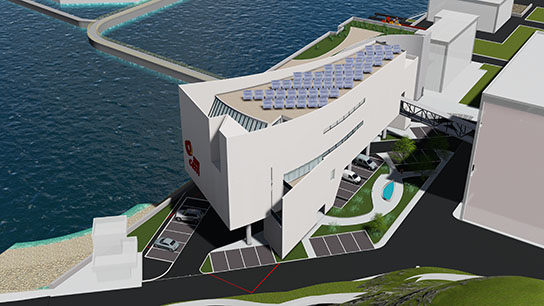 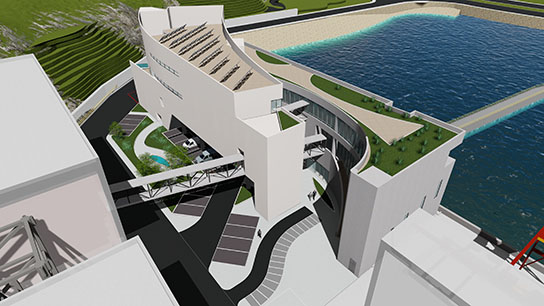 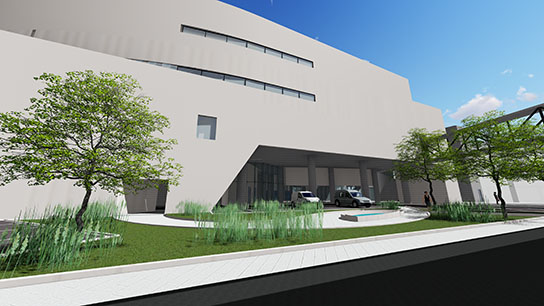 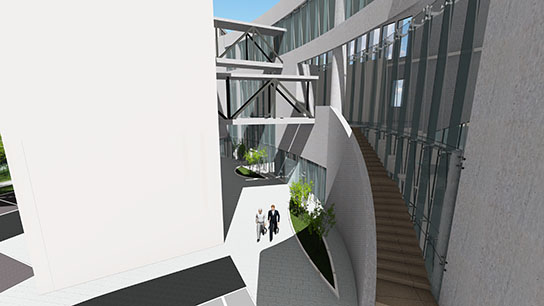 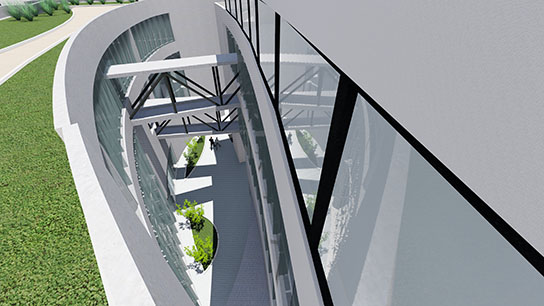